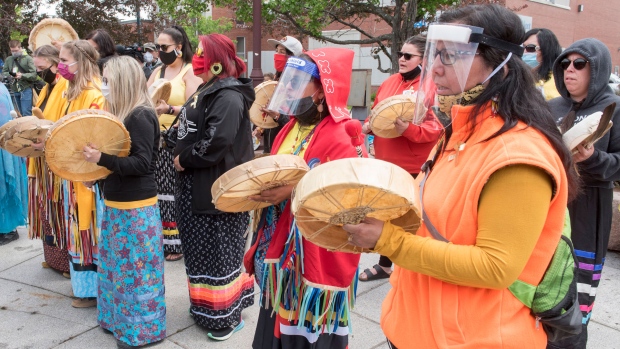 TORONTO — As Canada marks a year of the COVID-19 pandemic, Indigenous communities are battling twin crises – the coronavirus and systemic social and racial inequalities.

In response to the climbing case numbers, Federal Safety Minister Bill Blair announced on Twitter that the Canadian Armed Forces will be deployed to support vaccine distribution in 32 communities in Nishnawbe Aski Nations in Ontario.

Cree doctor Marlyn Cook has been working in Moose Factory, Ont., and while there are no cases at the moment, she says her concern is with her Misipawistik Cree Nation back home.

“They have an outbreak, as of last evening they have 103 cases,” Cook told CTV’s Your Morning on Monday.

The rate of reported cases of COVID-19 in First Nations living on reserve is 40 per cent higher than the rate in the general Canadian population.

The systemic health, racial and social inequalities Indigenous communities were facing before COVID-19 has only been magnified during the pandemic – Indigenous people face higher prevalence of arthritis, diabetes, obesity and asthma, all of which factor as comorbidities with COVID-19, placing them at high risk.

There are 58 communities under a boil water advisory across the country, and many living on reserve do not have access to consistent health care, adequate housing or dependable social services.

“The biggest challenge is, you hear over and over again the lack of housing, with big families in homes, if somebody tests positive, it’s very hard to isolate. Another challenge is if the parents test positive and the children are negative, how do we separate the families?” Cook said.

James Makokis, a two-spirit Saddle Lake Cree Nation doctor working in Edmonton, highlighted how the “lack of connectivity” was also a major factor in Indigenous communities.

“Lack of cell reception and lack of communication has been a detriment to many Indigenous communities,” Makokis said. “As doctors are forced to do more virtual care for patients, those communities that have been more isolated and have no cell reception have had challenges in being able to receive care.”

Makokis said the Eden Valley community in southern Alberta had been fighting for better cell reception, but was stymied by the government. Then, when the pandemic hit, “over the course of one week” cell towers were put in place.

“We know that the resources are there to help Indigenous nations, there just needs to be the will – political will – to do that across the country.”

“It’s unfortunate that in the time of a crisis these things happen quite quickly,” Makokis said. “Because in our regular lives we’re continually having crises of overcrowding, decreased water, poor sanitation, food insecurity, the overabundance of chronic disease and now infectious disease.”

Amnesty International has reported that the Canadian government’s services for Indigenous communities “often fall far short of what is needed,” and the organization has “long been concerned about violations of the human rights of First Nations, Inuit and Metis peoples in Canada.”

Both doctors agree that another systemic issue now brought to the forefront is racism against Indigenous communities and peoples.

Cook said Makokis and herself have weekly meetings with other Indigenous doctors and Minister of Crown-Indigenous Relations Carolyn Bennett.

“The stories that are coming from those doctors when it comes to COVID-19, and the racism that people are seeing… some nations that are close to small town hospitals are being refused care,” she said.

In B.C., of more than 2,700 Indigenous people surveyed as part of the “In Plain Sight” investigative report released in November 2020 by former judge Mary Ellen Turpel-Lafond, 84 per cent reported experiencing some form of health-care discrimination. 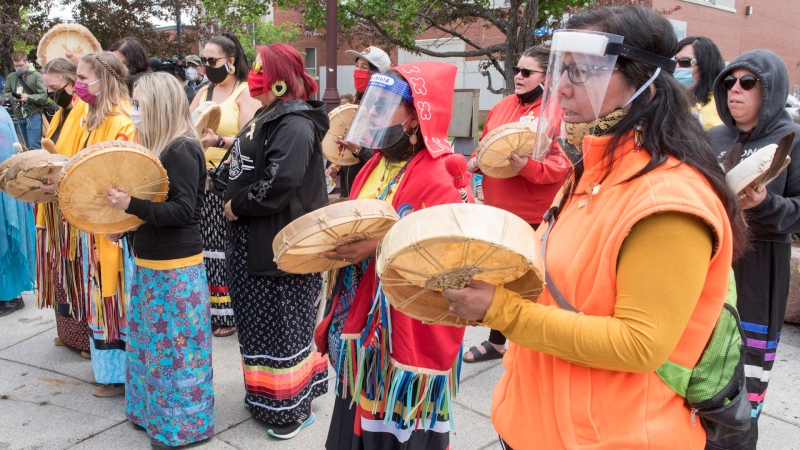