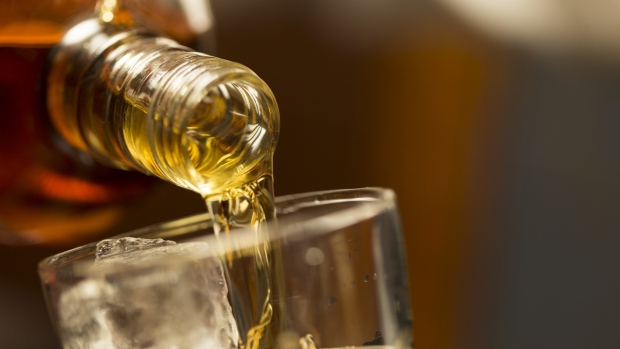 MONTREAL — Some countries have banned alcohol, others say liquor shops are essential services, and one top official even suggested a tipple after another long day trapped at home can be a necessary restorative.

The debate around alcohol and the coronavirus pandemic touches on issues of health, the economy, worker safety — and whether for some a glass of wine may indeed help cope with the stress of seeing their lives upended in the space of weeks.

Police in South Africa are brutally enforcing a ban on all alcohol sales during the shutdown.

But in North America and much of Europe, alcohol stores remain open, and busy — often protected under the same regulations that allow business such as supermarkets or pharmacies to operate.

“To reduce the stress, you have to do some exercise, so have a walk — but sometimes a glass of wine may help,” he said.

Unlike much of the world Canadians are not under official lockdown, but they have been urged to stay home and practice social distancing — and that has been enough to send alcool sales soaring.

“Everyone feels like it is Friday or Saturday all the time,” said Catherine Paradis, an analyst at the Canadian Centre on Addictions and Substance Use.

Consumers are hitting stores like “in the weeks before Christmas” as well as buying at peak levels online, according to a spokesman for the Societe des alcools du Quebec (SAQ) — a government corporation which last year reported net earnings of CAN$1.146 billion.

Nationwide, Paradis notes that closing stores selling alcohol would cut off a significant source of government revenue — estimated at about 411 Can dollars ($288) annually per person.

On the other side of the border, New York, the epicentre of the epidemic in the United States, has also placed wine and spirits stores on the list of “essential” businesses.

“In a way, we are helping the economy,” president Stefan Kalogridis told AFP.

Experts also note that for people who are addicted, the side effects of abrupt alcohol withdrawal can include tremors, insomnia and nausea.

This “could have serious complications, especially if the person is confined to their home, it is very, very dangerous,” says Anne-Elizabeth Lapointe, director of the Addiction Prevention Center in Montreal.

But even for the majority of moderate alcohol consumers, closing liquor stores could lead to increased anxiety and stress.

Since the start of the epidemic, alcohol has served other purposes too.

In France, where wine merchants remain open, Pernod Ricard and Bacardi were also among the first beverage giants to convert part of their production into alcohol-based hand sanitizer gel.

In Poland meanwhile, almost half a million litres of contraband vodka and illegally-produced pure alcohol have been used as a disinfectant instead of being destroyed.

Belarusian President Alexander Lukashenko has even recommended drinking a 100-ml glass of vodka after going to the sauna — as a spurious miracle remedy for coronavirus.

At the other end of the spectrum Hong Kong executive Carrie Lam has banned all restaurants and bars from serving alcohol — arguing that easy access could harm social distancing.

“Sometimes people get a bit intimate when they are drunk, and this will raise the risk of infection,” she said.

To limit the risk, Greenland has temporarily banned sales in its capital Nuuk.