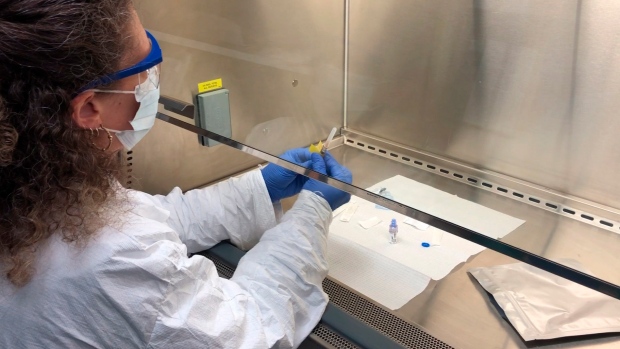 OTTAWA — The federal government has begun procuring the supplies that will be essential for “mass vaccinations” in the event that a vaccine is found for COVID-19, starting with signing a contract for 37 million syringes.

Prime Minister Justin Trudeau first announced that the government was adding syringes on to the list of essential COVID-19 supplies that are being procured, and later Procurement Minister Anita Anand said that the contract has been signed with Canadian company Becton Dickinson Canada to supply the essential tool in delivering vaccines.

“We are also continuing to work to procure the other supplies needed for eventual mass vaccinations on a systemic level. We are making sure that when a viable vaccine is discovered, Canada will be ready for its administration,” Anand said.

Anand didn’t offer a timeline on when the syringes will be delivered, noting that the need at the moment is not as pressing.

“We need to plan ahead for that eventuality,” said Chief Public Health Officer Dr. Theresa Tam, adding that work is also underway around how administering an eventual vaccine would be prioritized to certain segments of the population.

“We do account for the maximum number of Canadians who may wish to be vaccinated,” Tam said.

In mid-May, Health Canada announced that it had given the green light to a clinical trial for a potential COVID-19 vaccine in this country, and Canada is also involved in trials ongoing around the world, too.

It could still be some time before any possible treatment is deemed safe and stable enough for mass-vaccination, though the federal government is funding research and development for various options. This is being done in an effort to offset what Trudeau has flagged as an area where there will likely also be a supply and demand struggle.

Infectious disease expert Dr. Abdu Sharkawy told CTV News Channel that, while not as nearly pressing a need, “if COVID-19 has taught us anything, it’s that preparedness is much better than reactionary responses to a given situation.”

“But if we want to get on top of that there’s certainly no harm,” he said.

During his Rideau Cottage address on federal COVID-19 response efforts, Trudeau provided an update on the ongoing efforts to procure personal protective equipment.

Throughout the pandemic Canada’s attempts to procure essential supplies has been a struggle, with the national tracker from Public Services and Procurement Canada continuing to show that just a fraction of what has been ordered has actually arrived.

Over the last two months the federal government has been providing incremental updates on the stocking-up underway and contract-signing with Canadian manufacturers that have retooled to mass produce life-saving medical supplies.

The prime minister said on Tuesday that the federal government is also funding a handful of Canadian companies that are currently working on potential “breakthrough solutions” for rapid COVID-19 testing.

“Working with suppliers from around the world is key to keeping Canadians safe, but at the end of the day, one of the best ways to ensure we have what we need, well, it’s to make it right here at home,” Trudeau said, noting that demand is only going to increase for protective gear as more businesses and sectors reopen.

As of Tuesday afternoon there are more than 92,000 confirmed COVID-19 cases Canada-wide, though just over a third of those are active cases. More than 7,300 people in Canada have died as a result of contracting the virus. 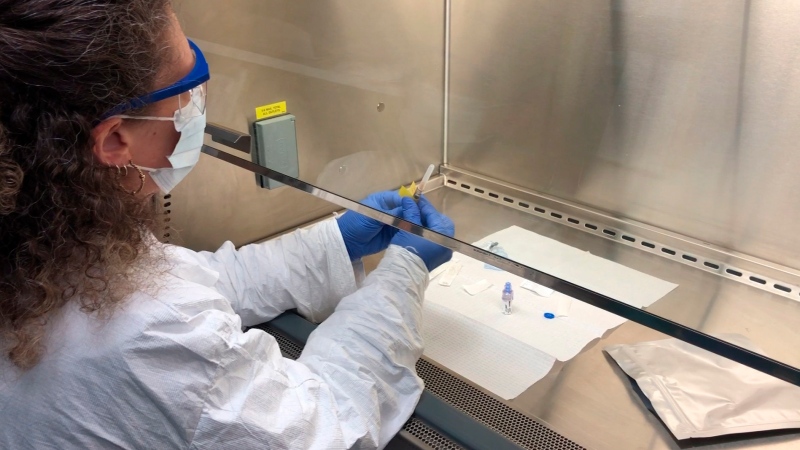