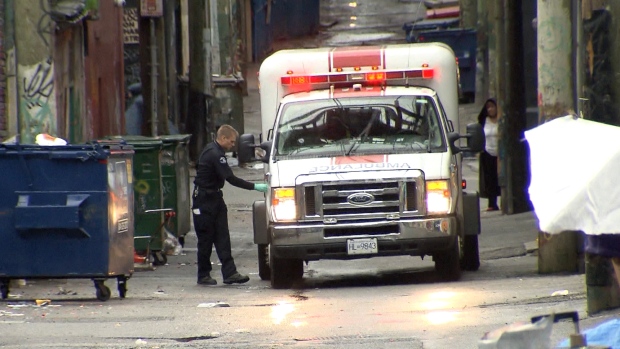 VICTORIA — Drug overdoses continue to kill British Columbians in record high numbers as the latest figures show 175 people in the province died after using illicit drugs in July, tying a record set just one month prior.

The numbers released Tuesday by the BC Coroners Service mark the third consecutive month with more than 170 people dead of suspected drug overdoses.

The 175 illicit drug deaths in July amount to an average of 5.6 deaths per day and represent a 136 per cent increase over the same month last year.

“The number of people dying in B.C. due to an unsafe drug supply continues to surpass deaths due to homicides, motor vehicle incidents, suicides and COVID-19 combined,” said B.C. chief coroner Lisa Lapointe on Tuesday.

The first seven months of 2020 have seen 909 people die from illicit drug use in B.C., with every region in the province reporting historical peaks.

Vancouver, Surrey and Victoria continue to lead the province with the highest recorded drug deaths, according to data from the coroner service.

“What the latest numbers show us is that the overdose crisis has been made worse by the COVID-19 pandemic and the unprecedented tragedy of death and loss to families in our province continues,” said provincial health officer Dr. Bonnie Henry.

“The toxicity of drug supply is extreme, and I implore anyone who may be using drugs to not do it alone,” Henry said. “For friends and family members who are concerned about loved ones, reach out and connect with them and let them know they are not alone.”

The coroner service says no deaths have been reported at supervised consumption or overdose prevention sites in B.C. in 2020.

“Access to a safer supply remains the number one, most urgently needed intervention to stop overdoses and stop people from dying,” said Guy Felicella, a clinical advisor with the Overdose Emergency Response Centre and BC Centre on Substance Use.

“Let’s be clear, nobody chooses to become addicted to drugs and nobody chooses to die of an overdose,” Felicella added. “We can give people a choice though: to choose between the toxic, poisoned street drug supply that is fuelling these deaths or pharmaceutical alternatives in the form of a safer supply. Making that choice a reality is a matter of life and death.”

Last month, B.C. Premier John Horgan announced his support for police chiefs from across Canada who were calling for the decriminalization of illicit drugs for personal use.

The Canadian Association of Police Chiefs announced on July 9 that it was endorsing the decriminalization of drug possession and the creation of a national task force to research drug policy reforms.

This is a developing story. Check back for updates. 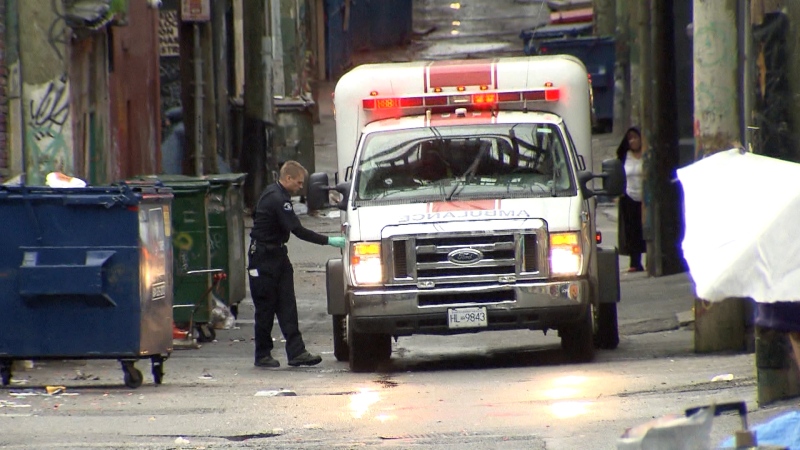