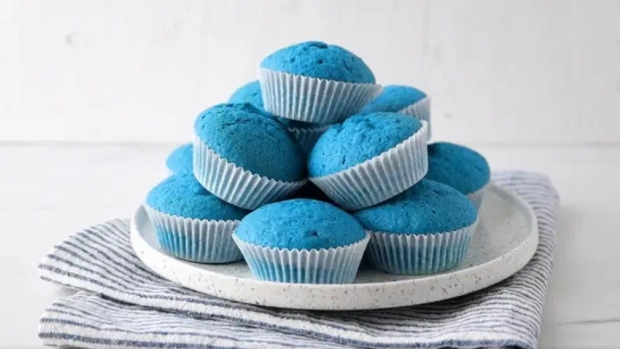 TORONTO — A new social media challenge is encouraging people around the world to eat blue muffins in an effort to better understand their gut health.

The so-called #bluepoopchallenge was created by healthcare technology company ZOE and is part of a global nutrition study called PREDICT.

Sarah Berry, co-lead author of the study conducted by scientists out of King’s College London, told CTV’s Your Morning that the goal of the research is to “unravel how we respond to food, how much variability there is in our responses to food, and what’s determining this variability.”

“What we found was there’s about a 10- to 20-fold difference in how different individuals respond to exactly the same foods,” Berry said in an interview from the U.K. on Tuesday.

Berry explained that this is only partly determined by one’s genetics. She said most of the variability in how people respond to food is due to “many modifiable factors” including sex, weight, sleep, exercise, stress, how people eat and the time of day they eat.

Berry said that everyone’s gut microbiome — the genetic material of all the bacteria, fungi, protozoa and viruses that live inside the gastrointestinal tract — is unique, adding to these differences.

The study, which was published in March in peer-reviewed medical journal Gut, involved 863 healthy people eating food with blue dye in order to monitor their gut transit times. Berry said that’s the time it takes for food to travel from one’s mouth and out the other end.

Berry said researchers found that the transit time was associated with the health of people’s gut microbiome.

“This is really important for health because we know that the microbiome composition is associated with lots of different health outcomes, from mental health to cardiovascular health, and we also know it’s modifiable by diet,” Berry said.

The research builds on a previous study by the same group of scientists published in January in the journal Nature Medicine, which found a link between one’s overall health, the foods they eat, and the presence of certain gut microbes.

Berry says the #bluepoopchallenge is a culmination of the research, calling for people to eat muffins containing blue food colouring to monitor their own gut transit times.

“It’s meant to be fun, to raise the awareness to the importance of gut health and our microbiome, and to get people thinking about how we can eat the right foods for our own unique biology to maximize our health,” Berry said.

The challenge is simple and can be done by anyone, Berry says.

Those looking to participate can visit bluepoopchallenge.com where they will be guided to bake their own blue muffins using food dye. People located in the U.S. and U.K. also have the option to purchase the muffins pre-made.

Berry says thousand of blue muffins have been sent to participants so far.

To begin the challenge, participants eat two muffins for breakfast and track the time it takes until their stool appears blue-green in colour.

Transit times can vary, but Berry said anything less than 14 hours or more than 50 hours between eating the muffins and seeing the blue-green colour in one’s stool could be an indicator of unfavourable health outcomes.

She added that the average transit time in a healthy gut is typically about 28 hours.

Participants can then take a quiz on the website that pairs them with their “microbiome diet twin,” which Berry says offers more information on the “kind of good and bad bugs” that might exist in their gut, given the food transit time.

“It’s a good way of seeing if you’re falling within the normal range,” she said.

While the challenge is a fun way to help people understand their gut health, Berry says participants should consult their doctors if they are concerned with their results. 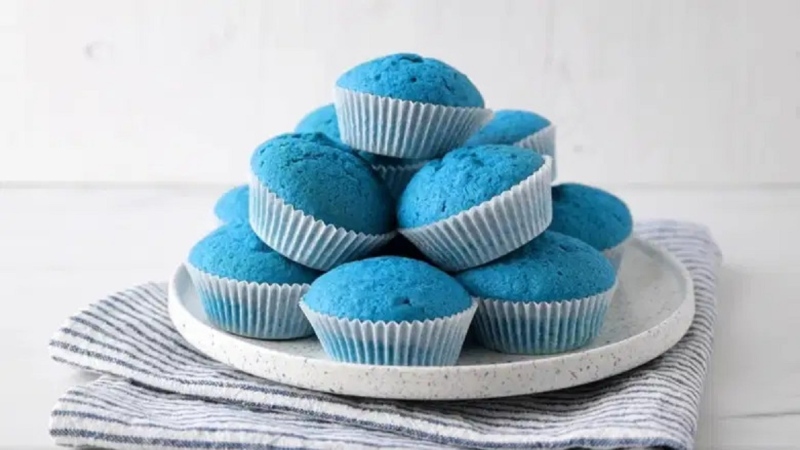