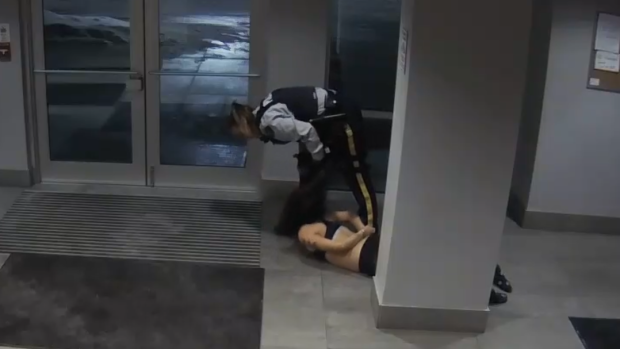 TORONTO — Canada’s largest centre specializing in mental health has joined a growing chorus calling for an alternative to police in response to a series of disturbing deaths and arrests that occurred during mental wellness checks.

The Centre for Addiction and Mental Health (CAMH) posted a statement on Twitter on Tuesday, calling for “a new way forward.”

“Recent events have exposed the tragic outcomes that can occur when people with mental illness experience a crisis in the community and are not able to get the care that they need,” the statement reads. “Racism and anti-Black racism compound these crisis interactions.

“Police should not be the first responders when people are in crisis in the community. Police are not trained in crisis care and should not be expected to lead this important work.”

The statement comes amid heightened scrutiny of police forces and the treatment of people struggling with mental health crises.

Over the past three months, numerous people have died at the hands of police while in mental distress or after officers were called for a mental wellness check.

D’Andre Campbell, a 26-year-old Black man from Brampton, Ont. who had schizophrenia, was shot and killed inside his own home on April 6 after he called police for aid.

Regis Korchinski-Paquet, a 29-year-old Black-Indigenous woman, fell to her death on May 27 from a high-rise apartment after police were called for a wellness check.

Chantel Moore, a 26-year-old Indigenous woman, was shot and killed by police in Edmundston, N.B., on June 4 after her boyfriend called police to conduct a wellness check because he was concerned that she was being harassed.

Only a week later, there was another fatal police shooting in New Brunswick: Rodney Levi, a 48-year-old Indigenous man, was killed by RCMP on June 12. His sister told APTN News that he struggled with mental health.

Dr. David Gratzer, a psychiatrist with CAMH, told CTV News on Wednesday that “we can do better.”

“I don’t think policing should be involved, period.”

Advocates have been calling for the police to be defunded and community-based alternatives to be created for weeks, ever since protests against anti-Black racism and police violence broke out in the U.S. at the end of May. That call has only increased as the impact of policing on those struggling with mental health became one of the focuses in Canada.

Gratzer pointed out that many people who are living with mental health have had negative interactions with police officers before, making them ill-equipped for de-escalation.

“As a result, when they see someone in uniform, that’s very unsettling for them,” he said.

This echoes what family members of 62-year-old Ejaz Choudry tried to tell police officers on June 20 before officers fatally shot him.

The father of four was shot in Mississauga, Ont., after police were called to the scene by paramedics — the family had initially called the non-emergency line for an ambulance to help Choudry, who they say had schizophrenia, during an episode.

Choudry’s nephew, Khizar Shahzad, told media that he had tried to tell police that their presence would not help calm his uncle.

According to Brenda Lucki, RCMP Commissioner, the RCMP responds to “close to 10,000 calls a month or more, just on mental health crisis.

“In 2016, we introduced de-escalation and crisis intervention … Our calls to mental health are growing exponentially,” she told members of the House of Commons public safety and national security committee Tuesday.

She said that she has “been listening,” and that “the calls for action have been heard,” but struggled to discuss systemic racism within the RCMP beyond an acknowledgment that it exists, and defended the police force as necessary for handling mental health calls.

“When a person is in crisis at 3 o’clock in the morning, when somebody’s wielding a knife and they’re suffering from a mental health crisis, that is not the time to bring in mental health practitioners,” she said. “It’s time for the RCMP to go in, get that person calm, get them to a place of safety, and get them the help they need.”

But in many of the cases that have come to light recently, this compassionate de-escalation is far from what actually occurs when police arrive.

In Choudry’s case, family members said police had shot him within seconds of entering his apartment, and that there was no attempt made to talk to him aside from shouting commands at him in English — a language he did not speak. Police have said that Choudry had access to weapons in his apartment.

Just this week, a nursing student from B.C. launched a lawsuit against the RCMP after video was released showing an officer dragging her handcuffed down the hallway of her residence, deliberately stepping on her head and pulling her torso off the ground by her hair. The officer listed in the lawsuit claimed she found Mona Wang with a weapon and that she was behaving in an “erratic manner.”

Wang told CTV News on Tuesday that she was suffering from a panic attack after self-harming, and that the officer kicked her when she was unable to stand up.

Gratzer said that it is clear that, at this point, more police reform is not the way forward. The focus should not be on “improving our approach, but coming up with a different approach,” he said.

CAMH said in their statement that Canada should learn from international models where the first responder to a mental wellness check is a person trained exclusively in dealing with mental health and crisis intervention. The bottom line, they say, is that police should not be called in these scenarios.

Gratzer said there were examples “in the northwestern United States, where there are alternatives to police officers attending to these matters.”

“In well under one per cent of these cases they need to eventually involve police because of the possibility of a weapon,” he said, adding that safety is important. “But the first responder is somebody from mental health care, not somebody in a uniform [who has] perhaps some additional training, but no true expertise.

“Of course, these are complicated situations, and they demand complicated solutions, but at the end of the day […] if you had chest pain, would you not want a health professional to help you out?” Gratzer pointed out. “If you have a mental health crisis, it’s the same, you just want somebody with expertise in that area.” 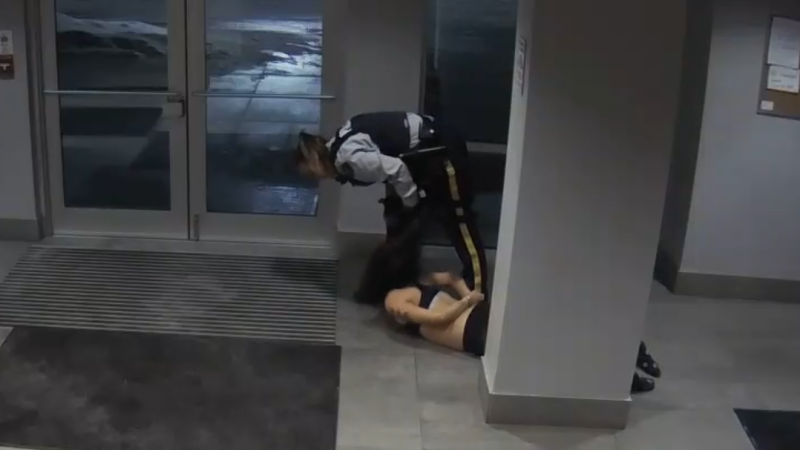