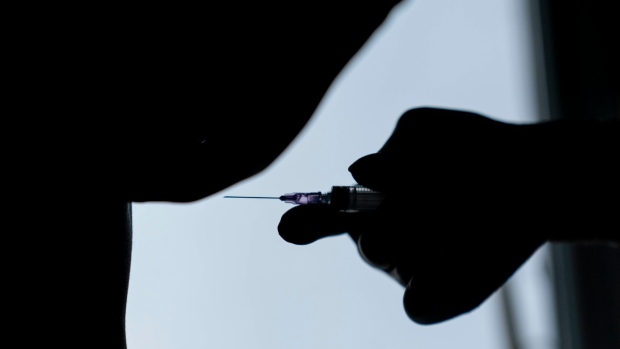 TORONTO — Experts say delaying the second dose of a COVID-19 vaccine would ‘make sense’ for Canada amid its slow rollout despite there being limited data about how long protection lasts until a second shot is needed.

Dr. Anna Banerji, an infectious disease specialist at the University of Toronto, told CTV News Channel on Tuesday that other provinces should follow British Columbia’s move to extend the interval of vaccine doses up to 16 weeks given Canada’s limited vaccine supply.

“I think it makes sense,” Banerji said. “The ultimate goal is to maximize life and reduce suffering and the way we do that is by getting as much vaccine out to as many people as possible.”

Banerji explained that the first dose of a vaccine gives a person immunity, while the second dose is for longevity.

“So if you give [the second dose] in one month, two months, it really doesn’t make a difference as long as as many people as possible get the vaccine,” she said.

B.C. announced on Monday that the province would be extending the interval between the first and second doses of all three Health Canada-approved COVID-19 vaccines up to four months.

B.C.’s Provincial Health Officer Dr. Bonnie Henry said data from the B.C. Centre for Disease Control, and trials from the U.K. and Israel show “miraculous” protection of at least 90 per cent from the first dose of the Moderna and Pfizer-BioNTech vaccine.

“This gives us a very important and very real benefit to everybody here in B.C. That means we can move, everybody up the list, and more people will be protected sooner. Extending the second dose provides very high real world protection to more people sooner,” Henry said during a press conference.

She added that the province will continue to “closely monitor” the delayed doses to ensure the effectiveness of its vaccine strategy going forward.

Dr. Dale Kalina, medical director of infection at the Joseph Brant Hospital in Burlington, Ont., told CTV News Channel on Tuesday that he agrees with Henry and said that providing Canadians with even a “degree of immunity” is important.

“I think that it’s responsible to get more people vaccinated, because that’s going to get hopefully less of an opportunity for viral spread,” Kalina said.

In the U.S., the nation’s top infectious disease specialist Dr. Anthony Fauci said Monday that the country will stick to its two-dose vaccine plan, despite calls to shift to a single-dose or delayed interval strategy.

However, Henry said on Tuesday that the U.S. is able to stick to the current dosage schedules outlined by manufacturers because it is receiving more vaccines than Canada.

“This makes sense for us knowing that it is a critical time right now, with the limited amount of vaccines that we have in the coming weeks, to be able to provide that protection that is safe and long lasting in the short term,” Henry said in a press conference.

Henry says Canada’s National Advisory Committee on Immunization (NACI) has also been looking into delaying the interval of doses and says it is expected to make the same recommendation for all of Canada “imminently.”

NACI currently advises that the time between the first and second doses of the Moderna vaccine should be four weeks, three weeks for Pfizer, and 12 weeks for the Oxford-AstraZeneca vaccine.

However, NACI’s advice are recommendations and not rules, allowing provinces to continue to tailor their vaccination rollout campaigns to fit the pandemic reality in each region and determine which demographics are best suited to receive which vaccine based on the number of doses available.

Canada’s Deputy Chief Public Health Officer Dr. Howard Njoo previously said during a federal press conference that the “early data” following the efficacy of a single dose is encouraging and discussions are “ongoing” regarding dosing intervals.

WHAT THE DATA SAYS

While research from around the world shows that current COVID-19 vaccines provide a certain amount of protection after a single dose, it is unclear how long that protection lasts until a second or booster shot is needed.

In a real-world test of data collected from 600,000 people following Israel’s mass vaccination campaign, researchers found that Pfizer’s COVID-19 vaccine is 92 per cent effective at preventing severe disease after two shots and 62 per cent after one.

The study, which was published by the New England Journal of Medicine, also showed that the vaccine’s effectiveness at preventing hospitalization was 74 per cent after one shot and 87 per cent after two, and 46 per cent and 92 per cent, respectively, for preventing confirmed infection.

A U.K. study, which has yet to be peer-reviewed, also recently found that a single dose of the Pfizer vaccine cuts the number of asymptomatic infections in half which its researchers say could “significantly reduce” the risk of virus transmission.

However, BioNTech and Pfizer issued a warning in January that they have “no data” to demonstrate that their vaccine will continue to protect against COVID-19 if the second shot is given later than the 21 days tested in trials.

“The safety and efficacy of the vaccine has not been evaluated on different dosing schedules as the majority of trial participants received the second dose within the window specified in the study design,” the companies said in a joint statement.

A combined study of the Oxford-AstraZeneca vaccine, published in The Lancet, suggests that a longer gap between vaccine doses — approximately two to three months — can also lead to a greater immune response.

The study, gathered from trials in Britain, Brazil and South Africa, reported 76 per cent efficacy against symptomatic infection for three months after a single dose.

While there are no clinical trials that have evaluated how long an immune response lasts following one dose of a COVID-19 vaccine, some studies suggest efficacy can increase with time.

However, researchers say the study is ongoing and the results may change over time. 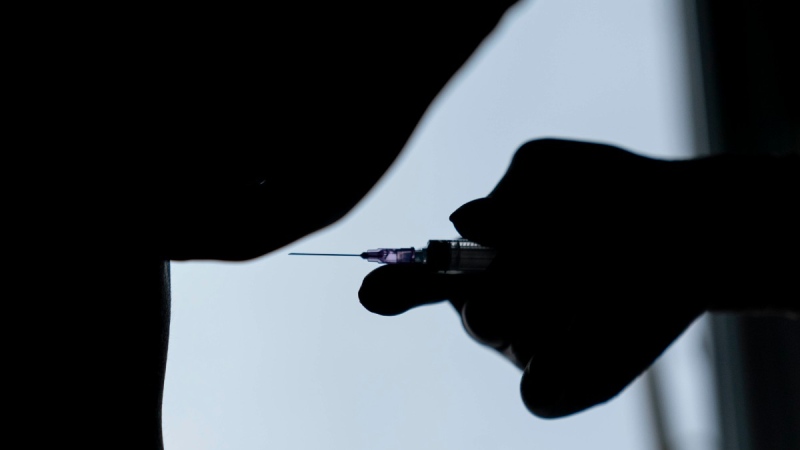