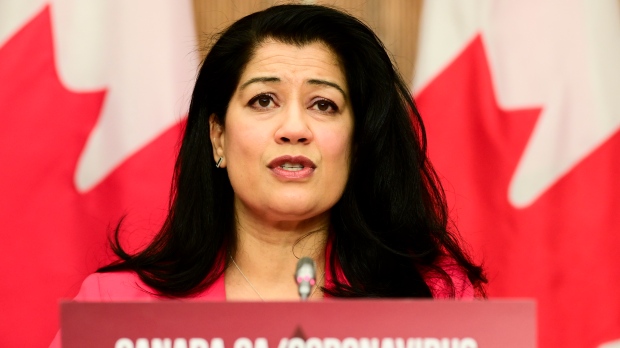 OTTAWA — The first one-shot COVID-19 vaccine from Johnson & Johnson has been authorized by Health Canada, making it the fourth vaccine that can be administered to Canadians.

Health Canada is now the first major regulator to have approved four different COVID-19 vaccines for use, said chief medical adviser at Health Canada Dr. Supriya Sharma during a briefing announcing the approval.

The authorization follows “an independent and thorough scientific review for safety, efficacy, and quality,” Sharma said.

Canada’s federal health agency has been assessing the viral vector Johnson & Johnson shot since Nov. 30, and like the two AstraZeneca vaccines given the green light last Friday, it will be logistically easier to administer as it can be shipped and stored at refrigerated temperatures between two and eight degrees Celsius for at least three months.

Overall, in clinical trials the Johnson & Johnson vaccine was shown to be 66 per cent effective in preventing moderate to severe COVID-19.

As with other vaccines, Sharma said common side effects include pain and tenderness at the injection site, headache, muscle pain, fever, and chills. The majority of adverse reactions reported during the clinical trials were mild to moderate in severity, and resolved within a few days.

The federal government has secured access to up to 38 million doses of the Johnson & Johnson vaccine, with a deal in place for at least 10 million doses and the option to purchase 28 million more.

During a briefing on Canada’s vaccine rollout on Thursday, director general for vaccines at Public Services and Procurement Canada Joelle Paquette told reporters that the 10 million doses are expected by the end of September.

It’s unclear how quickly the initial delivery of these doses could arrive in Canada, but with the addition of this vaccine to Canada’s COVID-19 inoculations arsenal it’s likely this country’s overall immunization timeline can be accelerated.

Regulatory approval deeming the Johnson & Johnson shot safe and effective for use in Canada comes on the heels of the United States approving the vaccine candidate from pharmaceutical company Jannsen last weekend, while other medical regulators such as the European Medicines Agency, continue their examination of the vaccine.

The vaccine was authorized with terms and conditions, including requiring the manufacturer to continue provide information to Health Canada on the safety, efficacy and quality of the vaccine.

Typically, the vaccine submission review process can usually take up to a year, but because of an emergency order, Health Canada has been able to expedite the authorization process and has been able to assess rolling information as it comes in, rather than having to wait until the end of its work to begin reviewing the findings.