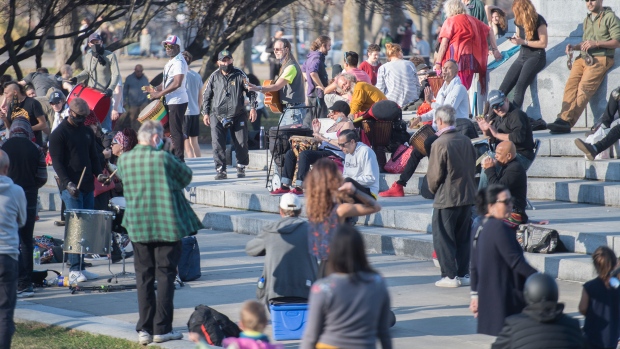 TORONTO — For the third time in seven days, Canada has broken its daily record for reported COVID-19 cases as provinces unveil new lockdown measures and officials urge Canadians to take the pandemic seriously.

Canada reported 4,981 new cases of COVID-19 on Thursday, making it the worst day for new infections since the dawn of the crisis. Nearly a third of those infections were from Ontario, which reported its own daily record of 1,575 new cases and 18 deaths.

New modelling suggests that Ontario could soon see up to 6,500 new COVID-19 cases per day by mid-December. If numbers continue to rise, Ontario Premier Doug Ford said he “will not hesitate” to roll out stricter measures.

In Quebec, which reported 1,365 new cases and 42 deaths, the province is now considering temporarily shutting down schools to get a hold of the spiralling caseload.

British Columbia reported a record of its own with 594 new cases in the past 24 hours and four deaths over the past two days. New modelling from B.C. suggests that daily case counts could reach 1,000 per day if people don’t adjust their behaviour.

Alberta announced new measures on Thursday after public health officials confirmed 860 new cases. The measures, which don’t cover the whole province but are targeted at hard-hit zones, include a two-week ban for all group fitness activities and an 11 p.m. curfew for restaurants and bars. Alberta also instituted a voluntary ban on social gatherings in communities listed on the province’s enhanced status list.

Manitoba tied a record of its own with nine deaths and 474 new cases as the province rolled out new lockdown measures, including the closure of in-store retail for non-essential businesses.

In Saskatchewan, 111 new infections were confirmed Thursday, marking the sixth consecutive day the province has reported more than 100 cases. 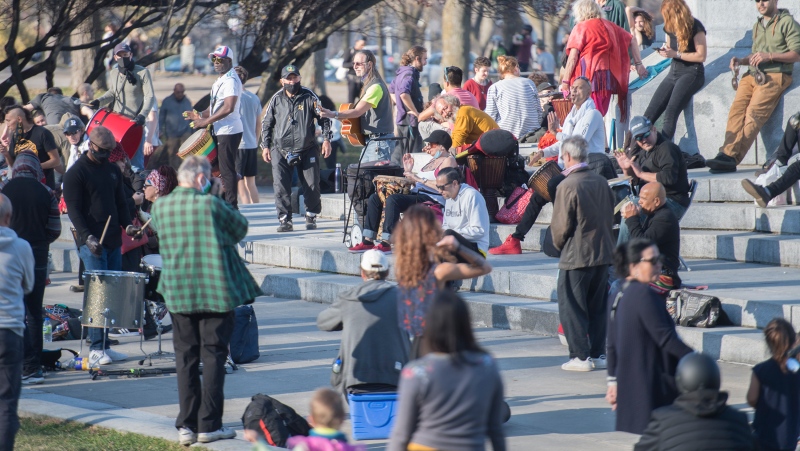