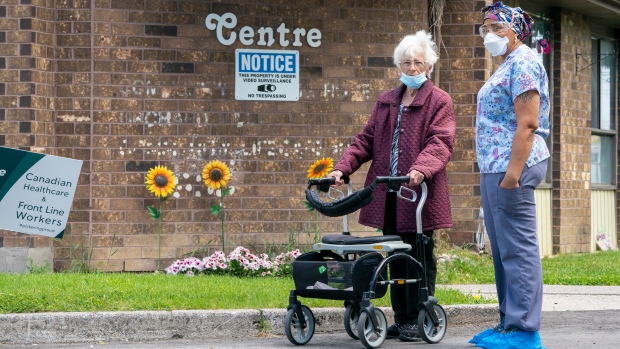 MONTREAL — A new report on the COVID-19 crisis in long-term care homes has concluded that Canada failed in its duty to protect its elders.

The report released today by the Royal Society of Canada found the pandemic was a “shock wave” that exposed many long-standing deficiencies in the system.

The group’s COVID-19 task force of scientists and researchers said the causes of the failure are complex but are rooted in what they call systemic and deeply institutionalized attitudes about age and gender.

It found that 81 per cent of Canada’s COVID-19 deaths have come in long-term care homes, far higher than what is reported in comparable countries, including a 31 per cent figure in the United States and 66 per cent in Spain.

The authors say Canadian homes have allowed staff-to-patient ratios to drop and have increasingly shifted to an unregulated workforce in recent years, even as patients are living longer with diseases that require increasingly complex care.

This report by The Canadian Press was first published July 3, 2020