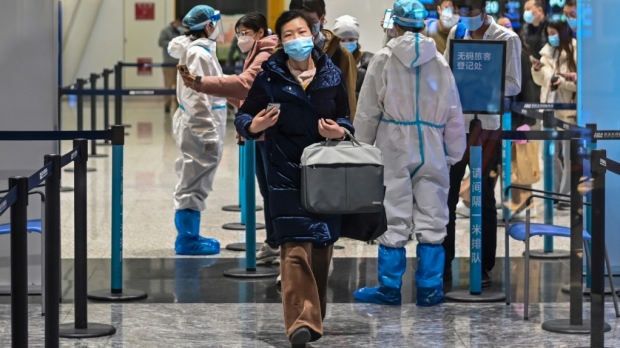 BEIJING — China has launched a system of so-called “virus passports” to kickstart international travel, as Russia sealed its first deal on Tuesday to manufacture the Sputnik V jab in the European Union.

Other nations like Brazil and Mexico are still struggling to get the pandemic under control, although there was a glimmer of hope from the OECD as it raised global economic growth forecasts for this year.

Chinese citizens can download the new certificates and use them to enter and leave the country, with the foreign ministry saying the system was intended “to help promote world economic recovery and facilitate cross-border travel”.

It is being hailed as the world’s first virus passport — with similar schemes under discussion in the United States and the EU.

However, the Chinese scheme is not mandatory and, as it is only available for Chinese citizens, it is not yet clear how it could work internationally.

China is one of many countries struggling to get vaccinations up to a level that would allow a return to normal life, with just 3.65 per cent of its population covered so far.

The EU’s slow rollout has been widely criticised but officials have promised that more than 100 million jabs will enter the bloc each month from April.

The EU was given a further potential boost on Tuesday, with an announcement that the Sputnik V jab would be produced in Italy.

“Ten million doses will be produced between July 1 and January 1, 2022,” Stefano Maggi of the Italian-Russian Chamber of Commerce told AFP.

The jab has been a major source of pride for Russia with doses being transported across the world, including to several EU countries despite it not yet being approved by the bloc’s medicines regulator.

But its relentless march has not pleased everyone, with a row erupting after an EU official compared its emergency use to playing “Russian roulette” — sparking a demand from the vaccine’s makers for a public apology.

While vaccines are the focus of policymakers in Europe, elsewhere in the world people are still struggling to break the grip of a pandemic that has killed more than 2.6 million people in a little over a year.

In Latin America and the Caribbean, more than 700,000 people have now lost their lives with Brazil and Mexico accounting for the lion’s share of deaths.

Daily death tolls continue to rise in both Brazil and Mexico and neither nation has made significant inroads with vaccines.

In some countries, the battle to get jabs into arms continues to be undermined by a deluge of disinformation online.

Fake stories have overwhelmed social media in the Czech Republic — from videos explaining how vaccines can “change your DNA” to panic-inducing stories of seniors dying en masse after receiving the jab.

By one estimate, Czechs were exposed to lies about the Pfizer vaccine 25 times more than U.S. internet users.

“For years, fake news here was dominated by immigration, because it had the potential to scare people,” Bohumil Kartous, a spokesman for a network that aims to battle disinformation, told AFP.

“Then COVID arrived, and the amount of disinformation just exploded.”

The virus and the severe restrictions imposed to battle its spread have crushed global economic growth and plunged millions into poverty.

But economic forecasters are slowly beginning to see signs of a recovery — thanks to a huge stimulus package expected in the United States and the continuing rollout of vaccines.

The Paris-based Organisation for Economic Co-operation and Development says it now expects the global economy to grow by 5.6 per cent, an increase of 1.4 points from its December forecast.

The recovery cannot come soon enough for those who have lost their jobs and livelihoods in the pandemic.

Deprivation has expanded rapidly in Italy with more than one million added to the number officially living in poverty, pushing it up to the highest level in 15 years.

Even in Milan, one of Europe’s wealthiest cities, hundreds queue up every day at two distribution centres to get charity food parcels.

“I’m ashamed to be here. But otherwise I would have nothing to eat,” 60-year-old Giovanni Altieri told AFP, adding that he used to work in a nightclub but it had been shut under virus regulations.

“I like the contact with people, I had a good salary, but I’m at rock bottom here. I have no income and live off my savings.” 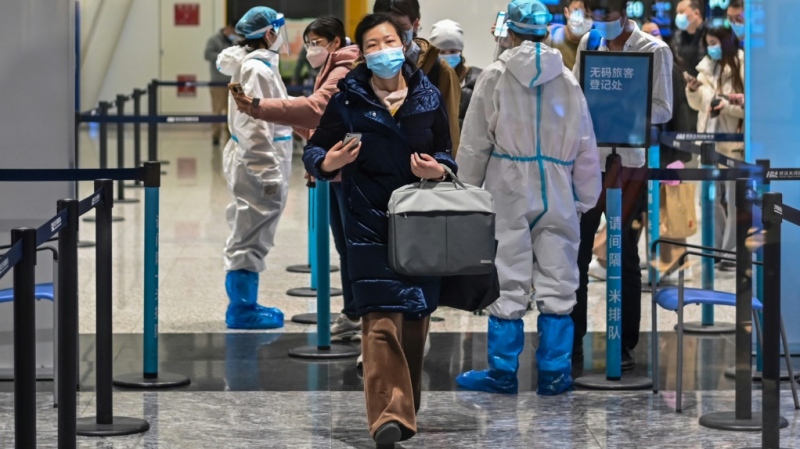