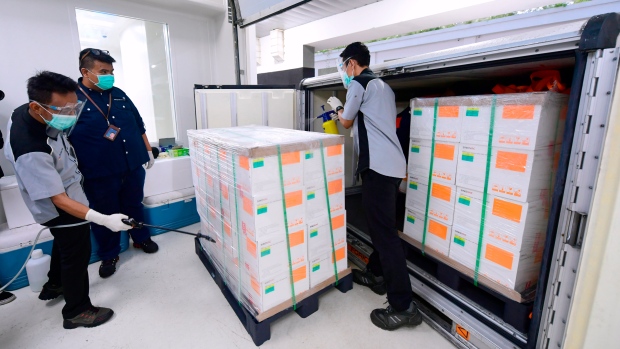 BEIJING — A Chinese drugmaker said Wednesday its coronavirus vaccine was found to be 79.3 per cent effective at preventing infection in preliminary data from the final round of testing, moving Beijing closer to possibly being able to fulfil its pledge to supply other developing countries.

The announcement by a unit of state-owned Sinopharm gave the first official data from a Chinese vaccine’s late-stage trial. Its reported effectiveness rate is behind Pfizer Inc.’s vaccine at 95 per cent and Moderna Inc.’s at 94 per cent. Scientists have cautioned coronavirus vaccines may only be about as effective as flu vaccines, which generally are 50 per cent effective.

Sinopharm is one of at least five Chinese developers that are in a global race to create vaccines for the disease that has killed more than 1.7 million people. More than 1 million health care workers and others in China have received vaccines being developed by Sinopharm and another supplier, Sinovac, under emergency approval while testing was underway.

The two-sentence statement by the Sinopharm unit that developed the vaccine, the Beijing Biological Products Institute Ltd., gave no additional details. Final proof of its effectiveness will depend on publication of more data.

“That’s useful, and at least it is showing that it is probably effective,” said Jin Dong-yan, a medical professor at the University of Hong Kong.

Jin said “it would be helpful” to know how many people were vaccinated, how large the control group was and other details.

Also Wednesday, another developer, Sinovac Biotech Ltd., signed an agreement to build a production facility in Beijing for a coronavirus vaccine with a planned annual capacity of 1 billion doses, the newspaper Beijing Youth News reported.

Sinopharm, or China National Pharmaceutical Group, has applied for approval of the Beijing Institute’s vaccine following the third and final stage of testing, the company said.

It would be the second vaccine from a Sinopharm unit, following a separate candidate developed by the company’s Wuhan Institute of Biological Products Ltd.

The Beijing Institute’s vaccine has been approved by the United Arab Emirates. Regulators there said it was 86 per cent effective.

The vaccine relies on two doses, the Beijing Institute said, similar to Western-developed vaccines. It gave no information about side effects or conditions required to transport and use the vaccine.

Western-developed vaccines must be kept frozen at temperatures as low as minus 70 degrees Celsius (minus 94 Fahrenheit). Chinese developers say theirs can be stored at 2 to 8 C (36 to 46 F).

Chinese authorities are carrying out a campaign to vaccinate 50 million people before the Lunar New Year holiday in February, when hundreds of millions of people travel.

A former Shanghai CDC immunologist and medical professional, Tao Lina, said he received the first dose of Beijing Institute’s vaccine on Saturday under the emergency use program.

Tao said he had “absolutely no adverse reactions, not even a localized reaction.”

Chinese producers have at least six possible vaccines in the final stage of clinical trials. They are testing vaccines in more than a dozen countries including Russia, Egypt and Mexico. Few details have been released, leaving experts abroad wondering about effectiveness and side effects.

Western companies are distributing newly approved coronavirus vaccines, but some health experts worry too little will be available to poorer countries. China’s government says it will ensure Chinese-developed vaccines are affordable for developing countries and has been actively pursuing distribution deals abroad.

Health experts say even if Chinese developers are successful, the certification process in the United States, Europe, Japan and other developed countries might be too complex for China’s vaccines to be used there. 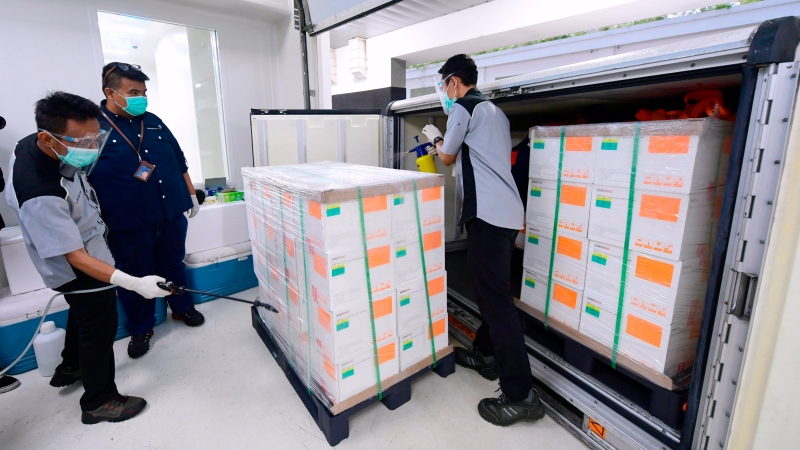