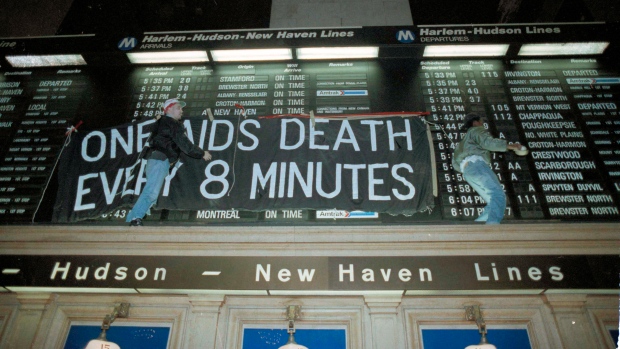 NEW YORK — LGBT New Yorkers who lived through the AIDS crisis of the 1980s see some bleak parallels in the COVID-19 pandemic now wracking their city. But more so, they stress the differences.

Now, they share the same plight as their fellow citizens while the federal government is pledging trillions of dollars to combat the pandemic. Back then they were frighteningly marginalized in the face of indifference from government leaders and much of the public.

“There was a lot of fear and a lot of anger,” said Dr. Jack Drescher, a New York City psychiatrist. “Fear because nobody knew what the cause was, anger because of the lack of concerted response.”

Drescher was doing his internship and residency at New York hospitals in the early ’80s as doctors struggled to learn the cause of AIDS. Effective treatment didn’t emerge until 1995.

“In that time, many died, including many of my professional colleagues, patients and friends,” Drescher recalled. “My partner and I would sit down every once in a while and ask, `Who have we lost?”‘

Perry Halkitis, dean of the Rutgers School of Public Health and a specialist in HIV/AIDS prevention, was a student at Columbia University and Hunter College in New York during the ’80s. “I was petrified,” he recalls.

Halkitis says he and other gay survivors of that epoch carry permanent emotional scars. He finds it traumatic to see some similarities in the COVID-19 outbreak.

“There’s the same anxiety and powerlessness and helplessness that was very present in the ’80s,” he said. “And this virus could kill a person in 10 days, instead of years.”

Yet he also notes that HIV, the virus that causes AIDS, was far deadlier in its early years than the coronavirus. It was viewed for a time as a terminal disease compared to a projected 1% to 3% overall mortality rate for COVID-19 in the U.S.

Andy Humm, 66, co-host of the weekly TV news hour Gay USA, was among several dozen gay men summoned by activist Larry Kramer to a meeting in August 1981, shortly after the first news reports of a mysterious disease that was killing gays. They heard a doctor “softly and terrifyingly tell us what was going on,” Humm said.

“I remember one GHMC meeting — the guys would break down, crying for the friends and the way of life they were losing,” Humm said. “It was chilling.”

“People gasped. These were good-looking guys who now looked like the Phantom of the Opera,” Humm said. “Two guys in my building tied themselves together and jumped out the window.”

Among the co-founders of Gay Men’s Health Crisis was Dr. Lawrence Mass, who in May 1981 wrote the first news article about AIDS.

“There was confusion, chaos, a lot of denial,” he said. “We didn’t even know what we were dealing with. With homophobia so overt, we wondered if it might be some kind of plot.”

Now 73, Mass still practices in New York, specializing in addiction medicine. He recalls that some gay men, in the 1980s, continued engaging in promiscuous sex even as risks became more apparent.

AIDS was not an equal-opportunity disease in its early years. Overwhelmingly, its victims were gay men, intravenous drug users, Haitians and hemophiliacs. Gay activists believe that the marginalized status of those victims made it easy for President Ronald Reagan’s administration — and to some extent New York City’s government — to dismiss the seriousness of the crisis.

“AIDS was seen as God’s plague and as our just desserts for a hedonistic lifestyle,” says James Esseks, a New Yorker since 1987 who heads the American Civil Liberties Union’s LGBT & HIV Project. “Most of the nation simply looked the other way.”

COVID-19, by contrast, strikes virtually every demographic group, although some LGBT activists say their community may suffer disproportionately because of higher rates of HIV and cancer, and discrimination in some health care settings.

Peter Staley, a long-time AIDS/HIV activist in New York, said the Trump administration’s initial response to the coronavirus outbreak enraged him, reminding him of the Reagan administration’s indifference early in the AIDS crisis

“Over the next nine months, we’re all going to know people who will die,” Staley said. “We’re going to have, compacted into nine months, what we went through over 15 years in New York City.”

“At least we could go to funerals back then, and hug each other through all that pain,” he said. “We’re not going to have that this time. We can’t gather in person to celebrate the lives of those we’ve lost.”

Among the thousands of New Yorkers killed by AIDS were a huge number of highly talented and creative gay men — artists, musicians, designers and others.

The association’s executive director, Eric Lesh, was a grade-schooler in Florida as the AIDS crisis unfolded, He’s been in New York nearly 20 years and knows many survivors of that epidemic.

Lesh, 42, who along with his husband weathered a bout of COVID-19, was shocked by Weber’s death.

“Richard would have watched lots of his friends pass away in the AIDS crisis,” Lesh said. “And then to be swept up in another pandemic — it just feels so sad.” 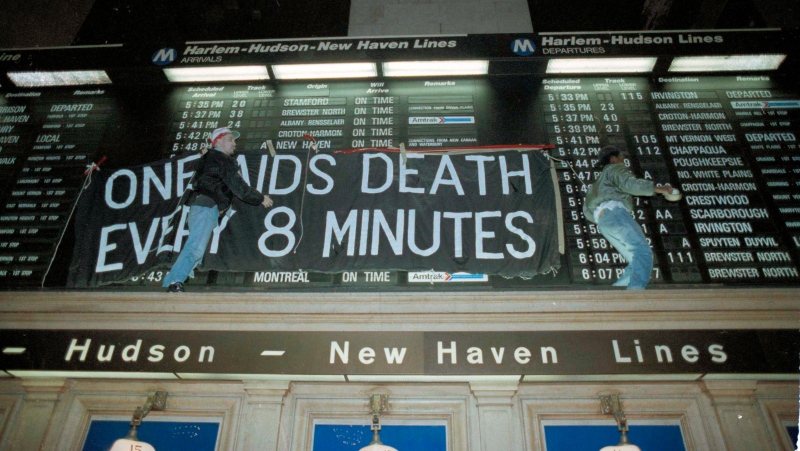