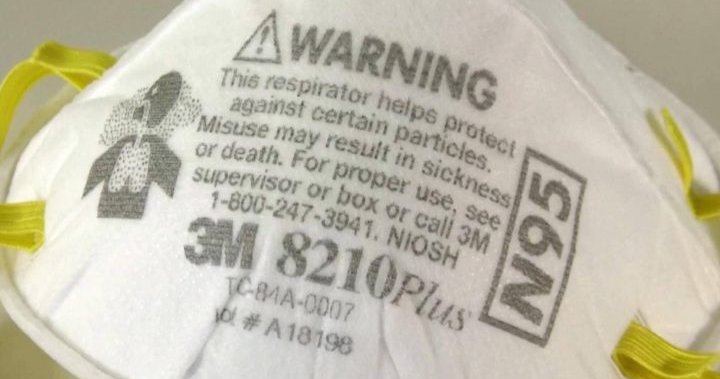 TORONTO — The federal and Ontario governments have secured an agreement with 3M that will see it produce N95 masks at a Brockville, Ont., facility.

A spokesman for Ontario’s minister of economic development says Ottawa and the province will each contribute $23.3 million to help increase production capacity.

Under the agreement announced today the facility is expected to produce up to 100 million N95 masks a year.

Ford has repeatedly said the province needs to ramp up its own personal protective gear production capacity in light of the pandemic.

He has also been publicly critical of U.S. President Donald Trump’s attempts to limit the export of N95 masks from American plants.