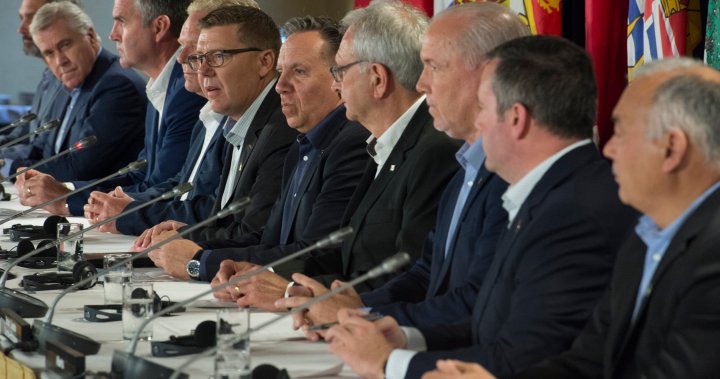 A premiers meeting that had been rescheduled for this month in Quebec City has been cancelled.

Premier François Legault told a news conference today in Quebec City he hopes the event that was planned for Sept. 24-25 can be held at a later date.

Legault says while the face-to-face meeting won’t go ahead, there will be discussions by video conference among provincial and territorial leaders.

Public health rules were partly behind the decision, as Legault noted the four Atlantic premiers would have had to isolate for 14 days after returning home from the meeting.

The gathering had initially been scheduled for July 22-24 but was postponed due to the COVID-19 pandemic.

Since its creation in 2003, the council has met approximately twice a year to discuss issues of pan-Canadian significance, in such areas as the economy, health, the environment and immigration.

Quebec had previously hosted the Council of the Federation summer meeting in July 2008.