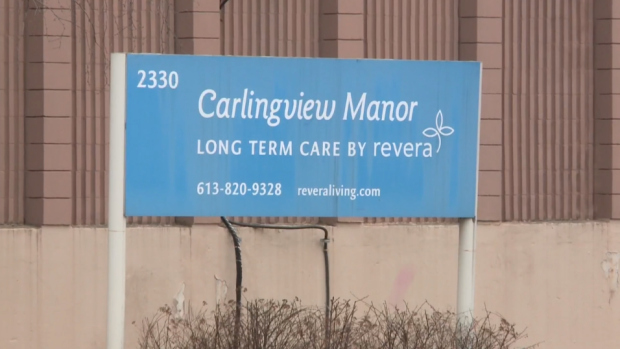 The home was hit hardest by COVID-19 in the early days of the pandemic. There were 170 resident cases and 89 staff cases reported between April 7 and June 18. Sixty residents of the home died.

In Ottawa Public Health’s daily dashboard update Saturday, a new COVID-19 outbreak was declared at the home, after one resident tested positive.

A single case is all that is needed to declare a COVID-19 outbreak in a long-term care home or retirement home.

The outbreak at Carlingview has declared to have officially begun on July 16.

In an email to family members of Carlingview residents obtained by CTV News, Revera—the company that manages the home—said the outbreak involves one resident who lives on the second floor. The resident was asymptomatic when the test result came in.

“Ottawa Public Health has decided that an outbreak should be declared on the second floor of Carlingview Manor. As a result, we are resuming our outbreak protocols on this floor, which include isolating residents in their rooms, including at meal times,” the note from Revera said. “We are working with experts to trace the origin of this new case. As part of this process, we are retesting all staff and residents at Carlingview who previously tested negative for the virus. As you know, public health units conduct COVID-19 testing, so we will await their completion of the tests and associated results.”

Revera said there will be no visitors allowed inside Carlingview Manor, except for those visiting residents who are very ill or who are in end-of-life care. Cleaning protocols remain strict.

There are six active outbreaks of COVID-19 in Ottawa. Three are in long-term care home, two are in retirement homes, and one is in a group home. 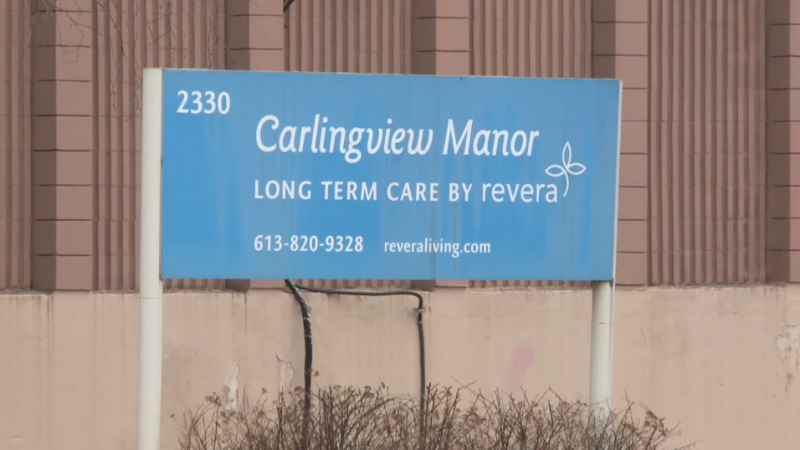