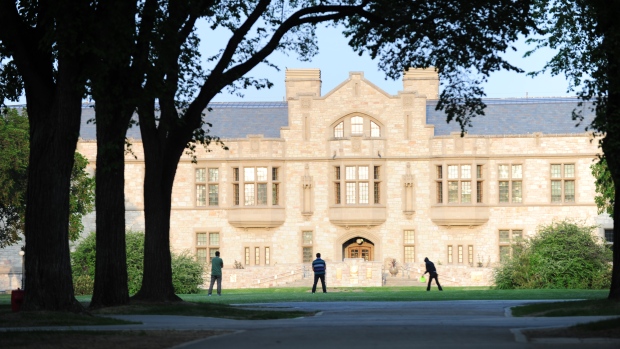 TORONTO — A new Canadian study has found that the COVID-19 pandemic has increased unhealthy behaviour in post-secondary students.

The study, conducted by researchers at the University of Saskatchewan, reported that isolation brought on by the novel coronavirus has led to a “significant worsening of already poor dietary habits, low activity levels, sedentary behaviour, and high alcohol consumption among university students.”

Nutrition professor and lead author of the study, Gordon Zello, said in a press release that the findings could be used to help students maintain healthy behaviours going forward.

“Our findings are important because university students, especially those most vulnerable for poor nutrition and sedentary behaviour, should be targeted for interventions aimed at maintaining and improving physical activity and dietary practices during this pandemic and beyond,” Zello said.

Researchers noted the study is the first to assess “changes in students’ dietary intake, physical activity, and sedentary behaviour” amid COVID-19.

The findings were published Friday in the peer-reviewed medical journal Applied Physiology, Nutrition and Metabolism.

The study looked at 125 graduate and undergraduate students at the University of Saskatchewan and the University of Regina who were living independently or had roommates, but were responsible for buying and preparing their own meals.

Over the course of the four-month study, the students responded to online questionnaires about their food and drink consumption, physical activity and sedentary behaviour before and during the pandemic.

The study started just as Saskatchewan was imposing COVID-19 restrictions, according to researchers. Zello said this timing ensured that details of students’ eating and activity habits prior to the pandemic and during it were “fresh” in their minds.

“With pre-pandemic research already showing university students to be a vulnerable group for inadequate diet and physical activity, the measures imposed to curb the COVID-19 pandemic presented a unique opportunity to examine further impact on their lives,” Zello said.

The study found that the students consumed less food every day during the pandemic compared to before.

Researchers say the students ate 20 per cent less meat, 44 per cent less dairy, and 45 per cent fewer vegetables as the pandemic continued.

While they drank considerably less caffeinated beverages, such as coffee and tea, Zello said the students’ alcohol consumption “increased significantly.” He added that these dietary habits could pose serious health implications following the pandemic.

“This dietary inadequacy combined with long hours of sedentary behaviour and decreased physical activity could increase health risks in this unique population during COVID-19 confinement and once the pandemic ends,” Zello explained in the release.

The researchers behind the study noted that “several reasons” may explain the students’ dietary shift.

Zello said that public health measures implemented to help stop the spread of COVID-19, such as reduced grocery store hours and restaurant closures, may have limited students’ shopping frequency and the availability of healthy food options.

According to the study, previous research has shown that psychological distress brought on by the coronavirus has been linked to “poor diet quality, particularly increased consumption of alcohol.” With that in mind, the study said that students may be eating less to counteract their lack of exercise and “increased sedentariness.”

Researchers found that only 16 per cent of the students studied were meeting Canadian guidelines of 150 minutes of moderate to intense physical activity per week prior to the pandemic. They say that “further decreased” to 9.6 per cent during COVID-19.

Of those that were meeting Canadian activity guidelines before the pandemic, researchers say 90 per cent became less active.

The number of hours spent in “sedentary behaviour,” sitting or lying down with little energy expenditure, also rose by three hours to approximately 11 hours a day, according to the study.

“There’s no doubt that measures such as the closures of gyms and other recreational facilities by the universities and other private and public establishments within the province resulted in reductions in the level of physical activity,” the study said.

Researchers say another reason for the decrease in physical activity may be that many students were no longer walking to school after universities moved to remote learning formats.

The study noted that 55 per cent of students studied were employed before the pandemic, and only 49 per cent continued to be employed in the following months, adding to the overall decrease in activity. 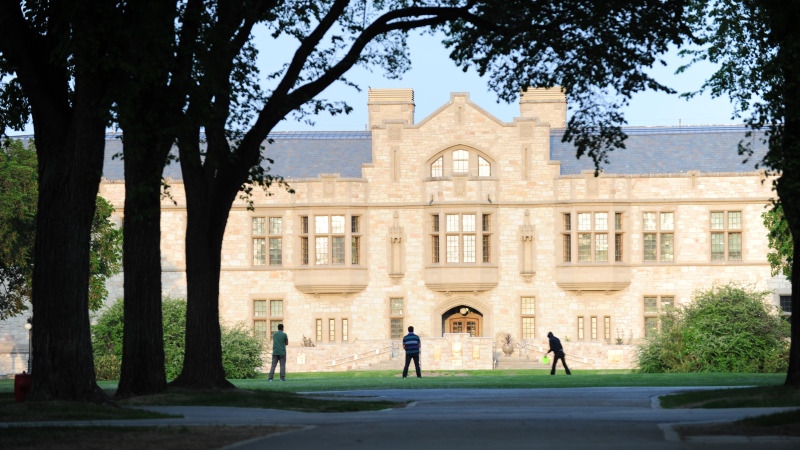