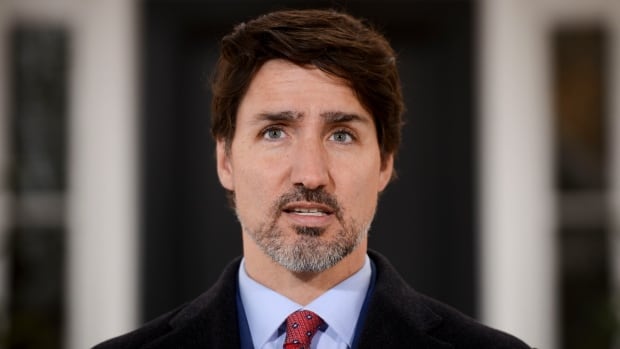 The federal government will release details today on its 75 per cent wage subsidy and guaranteed loan programs to support small and medium-sized business through the COVID-19 crisis as a crucial week begins in the fight against the virus.

Prime Minister Justin Trudeau will touch on the programs during his daily briefing at 11:15 a.m. ET, with more details on eligibility and time frames to follow later this afternoon.

Trudeau announced the broad strokes of the support programs Friday, saying the new measures would help small businesses avoid layoffs or closures because of economic uncertainty caused by the global pandemic.

The prime minister said the wage subsidies will be retroactive March 15, 2020.

The government had previously announced a 10 per cent wage subsidy for business, but Trudeau acknowledged that was not enough.

The government also promised to guarantee loans of up to $40,000 for small businesses which will be interest-free for the first year as a way to help businesses “bridge to better times.”

Under certain conditions, up to $10,000 of the loans could be non-repayable.

Trudeau also announced that GST and HST payments, as well as duties and taxes owed on imports, will be deferred until June, which he said amounts to $30 billion in interest-free loans to businesses.

New details about the programs come at the beginning of what Canada’s chief public health officer Dr. Theresa Tam has described as a crucial week in determining whether physical distancing and other measures to stop the spread of the virus are having a significant effect.

Tam said Sunday she is closely watching Ontario, Quebec and Ontario, provinces where there has been community spread of the virus, to see if there is a decrease in the rate of infections.

The mandatory closing of businesses and other economic damage caused by the public health emergency have led to millions of Canadians being thrown out of work. More than 1.6 million Canadians have applied for Employment Insurance (EI) in less than 10 days.

Canadians who don’t qualify for EI can soon apply for the the Canada Emergency Response Benefit (CERB), which offers income support for up to 16 weeks to those who lost their jobs, got sick, are under quarantine or have to stay home because of school closures.

The benefit amounts to about $2,000 a month. The government has said an application portal run by the Canada Revenue Agency will be set up in early April, possibly April 6 and that payments should flow about 10 days later.