Canada banned the cancer-causing mineral and products that contain it in December 2018, more than 30 years after the World Health Organization designated it as a carcinogen.

In a July letter to Environment and Climate Change Canada, the Canadian Association of Physicians for the Environment, Friends of the Earth Canada and several others say they’re still finding lots of products that contain asbestos for sale online.

“We are disturbed by the fact that asbestos-containing products and asbestos samples continue to be sold in Canada,” wrote Kathleen Ruff, director of RightonCanada.ca and a long time activist who has pushed Canada to stop mining, using and exporting asbestos.

Mined widely in Quebec for decades, asbestos was once a popular product to make everything from construction materials to textiles and auto parts more durable and fire retardant.

But negative health effects began to appear more than a century ago, particularly among workers mining the fibres or using them to manufacture things like floor tiles, brake pads, oven mitts, insulation and roofing materials.

When inhaled the tiny fibres of asbestos lead to numerous health problems including lung disease known as asbestosis and a rare form of lung cancer known as mesothelioma. Asbestos is the leading cause of workplace deaths in Canada, responsible for thousands of cases of — and deaths due to — mesothelioma in the last two decades alone.

The 2018 ban applies to the use, sale and importation of the mineral itself, and also to the importation, manufacture, sale and use of products that contain asbestos. There are exceptions for products already integrated into buildings and vehicles.

Ruff said a search online recently uncovered numerous asbestos-laden products such as ironing board covers, gloves and car parts, but when that was pointed out to Environment and Climate Change Canada, it didn’t see a problem.

“This is negligence,” said Ruff. “Why is the government of Canada not responding with concern?”

The federal department initially told Ruff the exemptions to the regulations meant any products produced before the ban took effect were grandfathered, so they could still be legally sold and used.

It later clarified that the exception applies only to products made and used before the ban took effect. So an ironing board cover containing asbestos, made at any time but still in original packaging in a storage room, can’t now be sold. But products with asbestos can be sold if they’ve already been used, as long as they were made and first used before Dec. 30, 2018.

Ruff and the other signatories said they don’t agree with Environment Canada’s interpretation of the law, but said if there is such a loophole it should immediately be closed.

A spokeswoman for Environment Minister Jonathan Wilkinson said asbestos is harmful to human health, which is why it was banned in the first place. In a written statement Joanna Sivasankaran said it’s up to the enforcement branch at Environment and Climate Change Canada to uphold the law.

“This is done independently of the minister’s office,” she said.

Jane McArthur, the toxics program manager at the Canadian Association of Physicians for the Environment, said “on the basis of the scientific evidence of the human health impacts, there’s no clear justification for allowing the sale and trade of these products.”

She said older products are likely more harmful because they have the highest risk of being worn down so the asbestos fibres would be exposed. Asbestos is harmful when the tiny fibres are inhaled.

This report by The Canadian Press was first published Oct. 12, 2021. 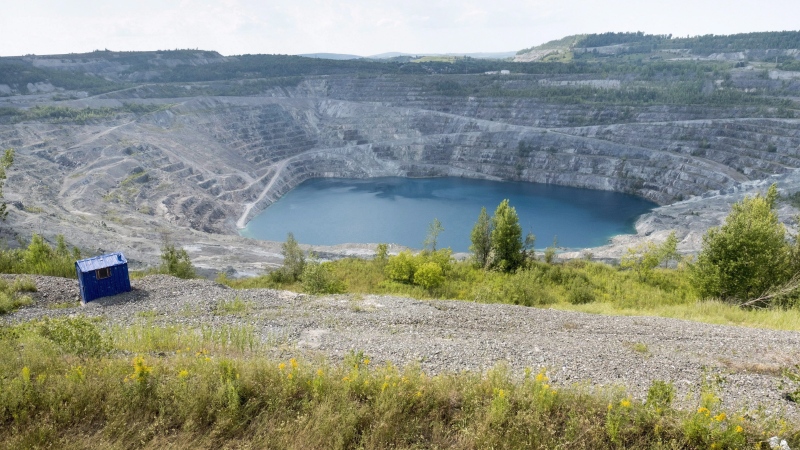