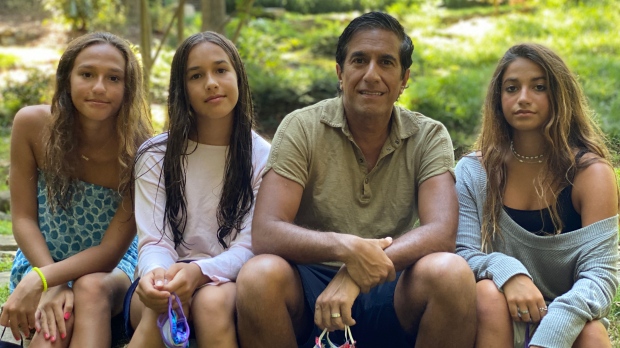 One of the questions I am getting more than any other: Am I going to send my children back to school? As a father of three teen and preteen girls, this has been a constant discussion in our household, and it hasn’t been easy. My girls want to go back to school, and they are placing enormous pressure on us parents to make it so. They miss their friends, the social structure and the immersion in humanity that kids need and crave at this age. Virtual learning has played an important role for them, but it is not a substitute for in-person learning, especially for younger kids. As things stand now, my children are scheduled to start school next week.

Many schools around the country have already made the decision for the students. At least 63 of the 101 largest school districts in the country decided to start the year with virtual learning. There are other school districts that have decided to go in-person, though many with virtual options. My own kids’ school left the choice up to the individual families, and while it’s difficult, I’m grateful we have options. Families all over the country are struggling with access to childcare, technology and even food — all of which can make a physical return to school a necessity.

Knowing my family would have to make a decision about school, we started doing our homework a few weeks ago, looking at the data and existing criteria, to come up with the best science-based choice for us.

For starters, I visited my kids’ school and spent time with the head of the school to best understand the safety precautions they were putting in place. They are very much in line with recommendations from the US Centers for Disease Control and Prevention. There will be a mask mandate, plenty of hand hygiene stations, physical distancing plans, frequent disinfecting of surfaces and even outdoor classes when possible. Students will eat lunch in the classroom, and there won’t be any mass gatherings or assemblies. While physical distancing is the toughest challenge, the school has made creative use of space in libraries, gymnasiums and cafeterias to obtain the necessary square footage to try and address this. It has been a herculean effort over the past few months, but of course, none of this works if the students themselves aren’t diligent about following these practices on buses, in hallways and in classrooms.

Our school also took the extra step of testing all the students and faculty and staff this past week, and the results were made available within 96 hours. My girls all tested negative, and that gives us some reassurance for those kids who choose to attend school, as those students testing positive will be asked to isolate at home. I fully realize this sort of “assurance” testing is sadly still not nearly available enough in this country, and it is also not a perfect tool. Some tests have been known to give a considerable amount of false negatives, depending on the type of test you take and how early you take it. And, while someone may test negative today, there is no guarantee they won’t test positive for the virus tomorrow.

Much of the discussion about returning to school revolves around the risk to the health of our children. According to the CDC, the largest pediatric study out of China found that 90% of children with COVID-19 develop mild or moderate symptoms, 4% were entirely asymptomatic and 6% became severely or critically ill.

By the first week of August, 90 children in the US had died of COVID-19, which represents less than 1% of all deaths, according to an analysis by the American Academy of Pediatrics and the Children’s Hospital Association.

As of August 6, MIS-C, a multi-system inflammatory syndrome, was identified in at least 570 kids across the country, ranging in age from less than 1 to 20. About two-thirds of those children didn’t have underlying conditions before being diagnosed with MIS-C, like Juliet Daly, a Louisiana 12-year-old who nearly died in April.

It is true that children are far less likely to get sick from COVID-19, as compared to adults, but they are by no means immune. They can become infected and they can spread it quickly. A widely cited study out of South Korea showed that kids 10 to 19 were spreading the virus just as much as adults. In fact, they had the highest rate of COVID-19 among household contacts. Interestingly, in that same study, children younger than 10 did not account for a significant amount of viral spread. This was surprising because a recent study published in JAMA Pediatrics concluded younger kids may carry higher amounts of the virus in their nose, as compared to adults. And any parent will tell you how easily little kids spread viruses in their own homes. (When our kids were very young, a single cold in any one of them meant the whole family was going to soon become infected.)

So, I decided to take a closer look at the South Korean study, and noticed a very important detail: It included fewer than 30 positive cases younger than 10 years old. Of the nearly 60,000 contacts that were traced in that study, only 237 were from children under 10. The low rate of spread among young kids may not have been because they are less likely to transmit the virus, but because they have largely been home over the last few months, and had few contacts as a result.

As our kids become increasingly mobile, they will become part of a large national experiment, and there is little doubt the infection rates will increase. Just over the past four weeks, the number of children infected in the United States has increased by 90% to more than 380,000 cases, according to that same analysis by AAP and CHA. While some of that increase may be due to increased testing, younger kids starting to emerge from their homes for the first time also play a role. And, for much of the country, schools haven’t even yet reopened.

It is also important to remember that a school community is made up of more than just young students. According to one recent analysis, nearly a quarter of teachers working in the United States school system are at higher risk of serious illness from COVID-19, either because of age or pre-existing conditions. I was particularly struck by the stories of worried teachers around the country who said they were writing out their wills in anticipation of returning to school.

My family also took a closer look at the overall rate of viral spread in our own area. Within the Fulton County Schools system, where we live, the guidelines for schools to return to full-time, face-to-face instruction requires the county rate of new cases per 100,000 people to be fewer than 100 for the last 14 days. Fulton County’s current rate? 316.2. Atlanta Public Schools have decided to go all-virtual for the first nine weeks. Additionally, our county, which includes part of Atlanta, doesn’t meet the federal government’s criteria for return to school either. According to the gating criteria from the Coronavirus Task Force, we would have had to pass through two phases, each requiring a 14-day downward trajectory of documented cases and the ability to treat all patients without crisis care. We are simply not there yet.

Finally, the positivity rate in Georgia over the seven days (ending August 10) is 11.3%, based on data from the Covid Tracking Project, which means we still aren’t doing enough testing in our area. Recently, the Surgeon General said he would like to see positivity rates at less than 10% in communities before schools consider reopening. We are close, but it is still worrisome to place students back into an environment with that much community viral spread. It is worth noting that when we started pulling kids out of school around mid-March, there were fewer than 5,000 known cases people known to have been infected in the United States and confirmed deaths were in the double digits. Now, school districts are considering reopening as more than 5 million people have been infected and more than 164,000 people have died in the US, according to Johns Hopkins University.

Just over the past few weeks, we have been given several clues of what may happen as schools start to reopen. An overnight summer camp in North Georgia had nearly 260 attendees become infected, though the CDC noted some could’ve contracted COVID-19 another way. A high school in Woodstock, Georgia, is temporarily closed after at least 14 positive COVID-19 cases in its first week. Hundreds are under quarantine in the county. Another school in Dallas, Georgia, opened and then closed its doors after six students and three faculty became infected. Their plan is to reopen after disinfecting the school, though it is not clear how much of a difference that will make, as there is no mask requirement — and a single sneeze or cough could once again contaminate a classroom.

It is a lot to consider, but in the minds of our family, the evidence is clear. After considering all the objective criteria and assessing the situation in our own community, we have made the decision to keep our girls out of school for the time being. This was not an easy decision, but one that we believe best respects the science, decreases the risk of further spread and follows the task force criteria. As a compromise, we will allow our children to have a physically distanced orientation meeting with their new teachers so they can meet them in person before starting to interact with them on a screen. And, after two weeks, we will reassess. It will also be important for us to understand what the triggers will be in our school, in terms of newly diagnosed infections or illnesses, that will require a return to virtual learning. Full and honest transparency from everyone will be more necessary than ever.

None of this is easy, and some families may arrive at a different conclusion after looking at the same data. In the age of COVID-19, it seems we are all forced to become amateur epidemiologists, while also being the best parents we can be. 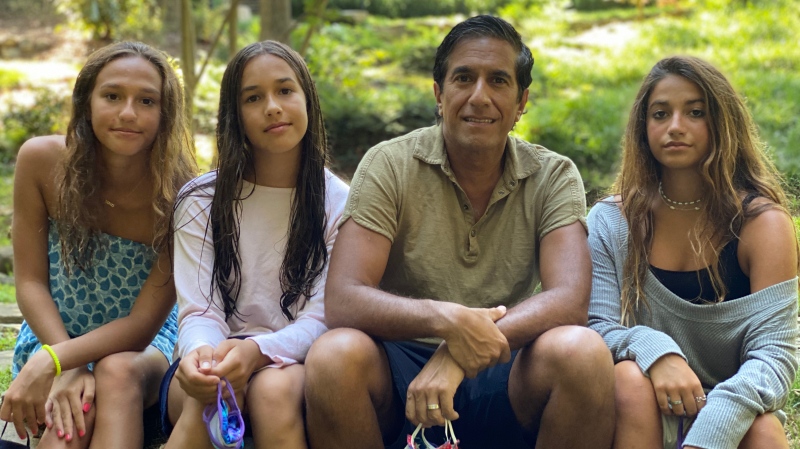