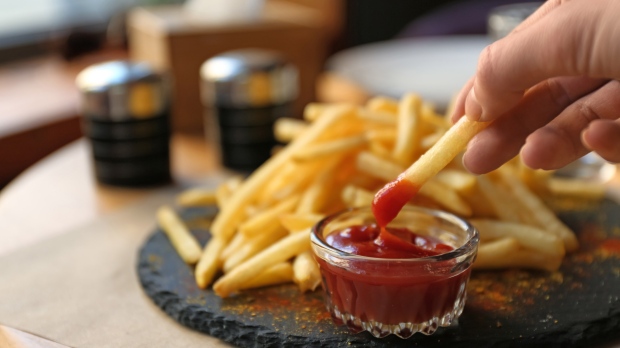 Eating fried foods may increase your risk for major heart disease and stroke, according to a new analysis of existing research.

Compared to those who ate the least, people who ate the most fried food per week had a 28% higher risk of major cardiovascular events, a 22% greater risk of coronary heart disease and a 37% heightened risk of heart failure, according to the study published Monday in the journal Heart.

Each additional weekly serving of 114 grams of fried foods increased the risk for heart attack and stroke by 3%, heart disease by 2% and heart failure by 12%, the study found. A medium McDonald’s french fry serving, for example, is 117 grams.

No associations were found for deaths from cardiovascular disease or from any cause, but the researchers said this might be because of the relatively small numbers involved in some of the studies.

When food is fried, it absorbs some of the fat from the oil, potentially increasing calories. In addition, commercially fried and processed foods can often contain trans fats, created by an industrialized process that adds hydrogen to liquid vegetable oils to make them more solid (think of semisoft margarine and shortening).

The food industry loves trans fats because they are cheap to produce, last a long time and give foods a great taste and texture.

The U.S. Food and Drug Association banned trans fats in 2015, but has extended time frames for the industry — the latest gave companies until June 18, 2019, to stop manufacturing foods and until Jan. 1, 2021, for these products to work their way through the marketplace.

There is still a loophole, however. The FDA allows companies to label a food as “0 grams” of trans fats if one serving of the food contains less than 0.5 grams.

If people eat multiple servings of such foods, the small doses can quickly add up, experts say, contributing to cardiovascular disease, diabetes and other conditions, such as dementia.

Despite the evidence behind the health impact of trans fats, this meta analysis of studies can only show an association between consumption of fried foods and cardiovascular risk.

The “findings of this study are consistent with current guidance to limit intake of fried foods but cannot be considered as providing definitive evidence on the role of fried food consumption in cardiovascular health,” said Alun Hughes, professor of cardiovascular physiology and pharmacology at University College London, in a statement. Hughes was not involved in the study.

That’s because most studies of this kind reply on study participants’ recall of the amount and type of fried foods eaten, which is subject to error. In addition, high consumption of fried foods is likely to be associated with overeating and obesity, lack of exercise and other unhealthy behaviors that can contribute to heart disease, experts said.

“If the relationship is causal, we can’t assume that this association is definitely down to the fat content of the foods, as many of these foods are highly processed and often contain both fat and carbohydrate together,” said registered dietitian Duane Mellor, a senior teaching fellow at Aston Medical School in Birmingham, United Kingdom.

“So, when considering this type of study, it is important to consider that although reducing fat intake is a logical part of a healthy diet, it is also important to look at what foods are eaten in its place,” said Mellor, who was not involved in the study. 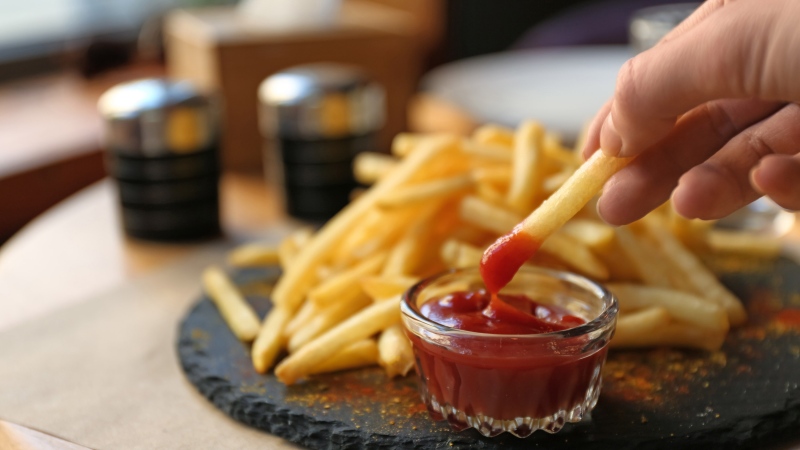