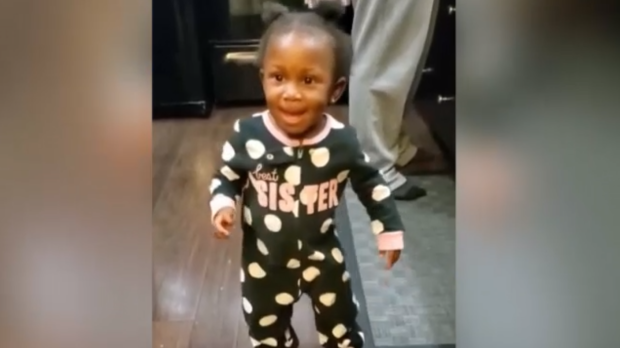 TORONTO — The family of an Alberta toddler who is recovering after nearly dying from the damage caused by a button battery she swallowed is on a mission to pay its good fortune forward.

Amélie Adolphe was 18 months old when she collapsed in her Red Deer home on April 9.

The girl had to be resuscitated twice after going into cardiac arrest within 15 minutes at the Stollery Children’s Hospital in Edmonton. Extensive emergency heart surgery was performed. With Amélie on bypass, and eventually receiving 4.2 litres of transfused blood, surgeons realized the extent of the injury the battery caused.

Doctors told CTV Edmonton in May that the mix of Amélie’s saliva with the coin-sized battery – the kind used in watches, remotes, toys and other small electronic devices – caused an electrical current and chemical reaction that ruptured the child’s esophagus, trachea, aorta, and carotid left artery. She suffered a stroke on the left side of her brain and subdural bleeding on the right side.

The extent of the damage and the resulting internal bleeding led doctors to believe the battery was likely inside the child for a couple of days.

A post-surgery photo shows the tiny child in a Mickey Mouse diaper with more than a dozen tubes going into her body. Amélie was in the intensive care unit for 11 days and spent six weeks in hospital.

Amélie’s mother Leslie Bangamba has now embarked on a mission to raise awareness of the danger that button batteries pose to children, saying she wants to turn her “mom guilt” into something positive, while knowing that her family is among the lucky ones.

“My daughter is a medical miracle. She was not expected to survive. This injury was traumatic,” she told CTV’s Your Morning on Friday.

The Canadian government highlighted the dangers of button batteries and urged parents to take precautions in 2014, estimating that an average of 65 emergency room visits each year are associated with button batteries.

Amélie, who has two older brothers, is on the road to recovery and is regaining her spunky and bubbly personality, says her family. She does have a gastrostomy tube because she still struggles to eat normally.

Bangamba says her family can never repay what Stollery staff did for her daughter but on Amélie’s second birthday in October, they decided to give back some of what a GoFundMe campaign had given to them, even though Bangamba has taken a year’s leave from work to care for her daughter.

“So many people rallied behind us when this nightmare was unfolding, I decided to do a birthday fundraiser for the Stollery Hospital Foundation, which is an amazing non-profit organization.”

The goal was to raise $1,000, which the family would match, but donations kept coming in. Eventually, $3,180 was donated to the hospital, a photo capturing Amélie and her mom grinning behind a giant cheque.

“We exceeded our goal because of gracious hearts and I was just so happy to be able to pay it forward.”

Bangamba hopes anyone touched by the story of Amélie will donate to their local children’s hospital and will donate blood, too. She and her husband have been blood donors since 2013, according to a story by the Canadian Blood Services, donating in honour of Bangamba’s brother who had sickle cell anemia.

“It’s so important to give. Fifty-two per cent of Canadians are eligible, but less than 4 per cent donate because they’ve never been asked. So, I’m asking. Donate.” 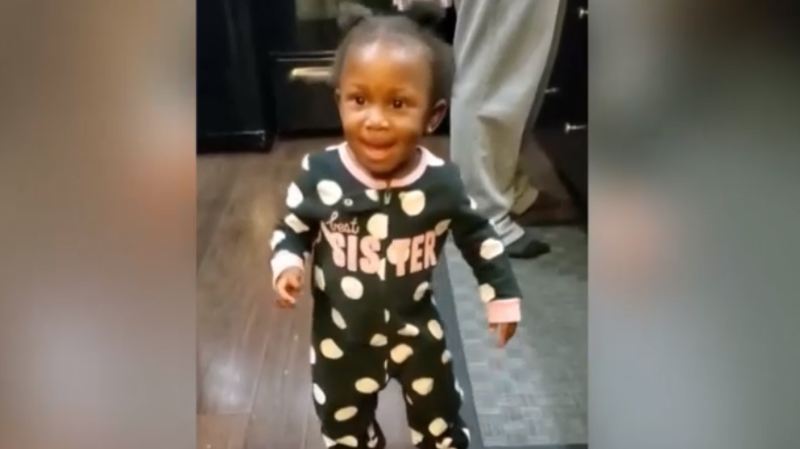