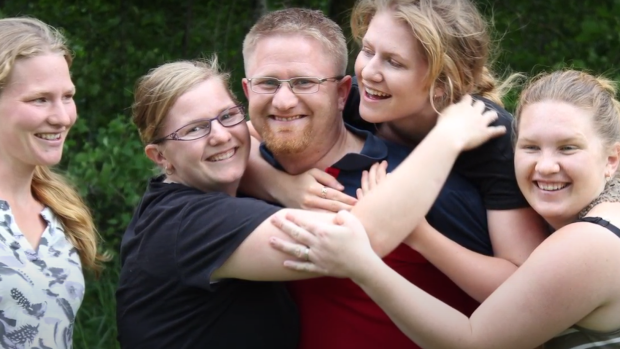 TORONTO — A Manitoba family is sharing the story of Samuel, a healthy 37-year-old father who died from complications of Lyme disease, in the hopes of raising awareness of the rare severe cardiac outcomes that can result from the tick-borne illness.

It’s a timely message, as Canadians head outside and as the black-legged tick expands to new areas of the country.

Samuel’s story is outlined in an article published Monday in the Canadian Medical Association Journal.

Lyme disease is an infectious illness caused by the bacteria Borrelia burgdorferi when it is transmitted to humans by an infected black-legged or deer tick. When the bacteria attacks the heart, it’s called Lyme carditis. That can result in abnormalities to the heart’s rhythm in a small group of people, according to the authors of the CMAJ article.

That was the case with Samuel. Though his family lives in a remote and wooded area of Manitoba and he had spent time outdoors, he didn’t believe he had been bitten by a tick.

In a video posted to YouTube, Samuel’s family and doctors reflect on his life and his death.

About three weeks before Samuel’s death in late July 2018, the family gathered on their parents’ farm and went swimming in a river.

One of Samuel’s four sisters, Leah, worried about a rash she saw on him. She says he was quiet and withdrawn.

“That was really odd for him because he’s usually the life of our parties,” she says in the video.

Leah mentioned Lyme disease that day, but Samuel dismissed it, attributing his symptoms to the flu and saying he hadn’t removed a tick. He believed the rash on his back and chest were from getting scratched while picking raspberries.

Weeks after Samuel’s initial symptoms had abated, he developed heart palpitations, shortness of breath and chest discomfort. He drove himself to a Winnipeg hospital.

“I could tell right away he was very sick and in trouble,” said Dr. Terence Wuerz, an infectious disease specialist at St. Boniface Hospital.

His heart rate was low and an ECG showed a complete heart block. Taken together with the history of rash and flu-like symptoms, along with an exposure to ticks in a rural area, Wuerz suspected Lyme carditis.

Doctors initiated antibiotic treatment to fight the bacteria that causes Lyme disease but about 12 hours after admission, Samuel became sweaty and his blood pressure dropped dangerously low, says Wuerz, a co-author on the CMAJ article.

The resuscitation team was called and administered CPR and defibrillation but they could not restart his heart. He was taken to the ICU and put on life support.

“Our patient’s case was surprising to the doctors and nurses who looked after him, because we are not accustomed to seeing such severe, fulminant Lyme carditis cases which deteriorate so rapidly, really within hours of presenting,” Wuerz says in the video.

Samuel died before tests confirmed the diagnosis of Lyme disease.

Cases like Samuel’s are rare. According to the CMAJ article, there are only 10 other North American cases of sudden cardiac death attributed to Lyme carditis in the literature, with victims ranging in age from 17 to 66. The authors warn that while a bull’s eye rash is usually considered a hallmark of Lyme disease, rashes don’t always follow that pattern.

Black-legged ticks have spread across Manitoba over the last few years, says Dr. Richard Rusk, a public health physician with the provincial government, a co-author on the article. He warns that climate change will bring with it the emergence of new diseases in the coming years.

Samuel’s sister Jeannine says growing up in a wooded remote area meant wood ticks were a part of life.

“As a child, I had wood ticks all the time that we were never freaked out about. But I would have to say that in the last five years, there has been a huge boom in the amount of deer ticks we see.”

Samuel, who was described by his sisters as wild and adventurous and always healthy, was also a loving, kind-hearted, understanding and sweet husband, says his wife Grema. Their son was just four months old when Samuel died.

His family is sharing his story in the hopes it raises awareness about the danger of Lyme disease and that faster testing can be done. They want to stress that Samuel didn’t go to the hospital in time and they hope his story will convince others to seek out faster treatment.

“For me, the most striking thing about Samuel’s story is how fast everything progressed,” Dr. Milena Semproni, an infectious disease fellow at the University of Manitoba and the article’s co-author, said in the video about his case. Telling Samuel’s story is an opportunity to educate clinicians about the possibility of Lyme carditis and the need to start antibiotics even before testing can confirm Lyme disease.

“We want to make sure this type of tragedy doesn’t strike another young man or woman or another family.” 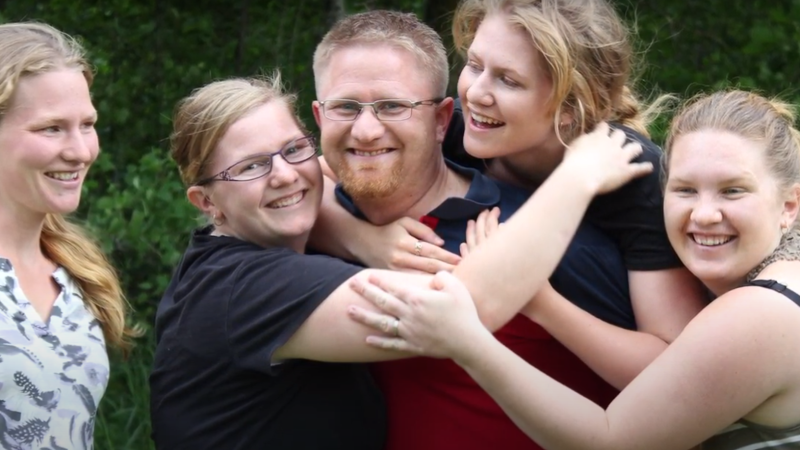