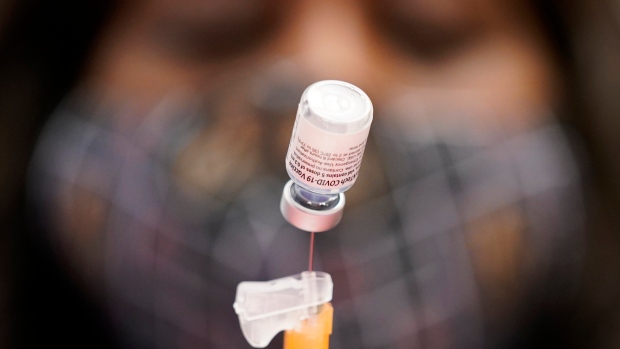 TORONTO — Pfizer expects that Canada will be able to extract six doses of its COVID-19 vaccine from vials instead of five, a difference that has caused confusion among provinces and prompted speculation about Canada’s rollout timeline.

Health Canada is reviewing a formal request to change the label on the Pfizer BioNTech vaccines to reflect the sixth dose and is looking into whether Canada will be able to make the precise extractions.

The problem comes down to a limited supply of special syringes necessary to extract the sixth dose. Canada has only so many one-millimetre syringes, which are in high demand globally. Two million syringes of a recent order for 37.5 million are due to arrive in Canada on Feb. 4.

Health officials have repeatedly said that they believe Pfizer will meet its March deadline to deliver four million vaccines to Canada. However, on Thursday, officials acknowledged that Pfizer made those calculations based on the assumption that each vial had six doses, not five.

Maj.-Gen. Dany Fortin, who is overseeing Canada’s vaccine rollout, said Pfizer will increase the number of vials it sends to meet the March deadline in the event that Canada doesn’t agree to change the labels.

“They have assured us four million by the end of March,” Fortin said at a press conference on Thursday.

But a planning document sent to the provinces on Thursday morning still used the five-dose formula, which led some to believe that they could miss out on up to 500,000 doses in the coming months.

“What we have shared with provinces is a conservative figure of five doses per vial until it changes, until authorized — if it gets authorized,” Fortin said.

CTV Infectious Disease Specialist Dr. Abdu Sharkawy said Canada needs to be careful not to give in to pressure from Pfizer over the dose discrepancy.

“The reality is it is difficult to administer these vaccines with the finest of precision and it really comes down to something called dead volume,” Sharkawy told CTV’s Power Play.

If someone is using a larger 3-millimetre, or 3cc, syringe — which is far more common in Canada — Sharkawy said it requires a level of skill to extract the sixth dose.

“I think it’s just too problematic to suggest that a) we’re going to be able to procure enough of these 1cc syringes that are now a hot commodity, and to be able to ensure that we’re able to extract that extra dose with the existing conventional syringes that we have right now,” he said.

Because of those problems, Sharkawy said he’d be surprised if Health Canada approved the label change to include a sixth dose.

“I think we have to stand our ground and ensure that there is no vaccine wastage and that there’s no more confusion going forward.”

Doctors in the U.S. were the first in the world to realize that six doses could be taken from each vial if they used 1-millimetre, or 1cc, syringes, although they are less common than the three- and five-millilitre syringes mostly used in Canada’s vaccine campaign now.

This comes as Canada is expected to receive zero new vaccine shipments this week and reduced supply in the weeks that follow. However, federal officials continue to assert that Canada remains on track to have enough vaccines for every Canadian by the end of September.

With files from The Canadian Press 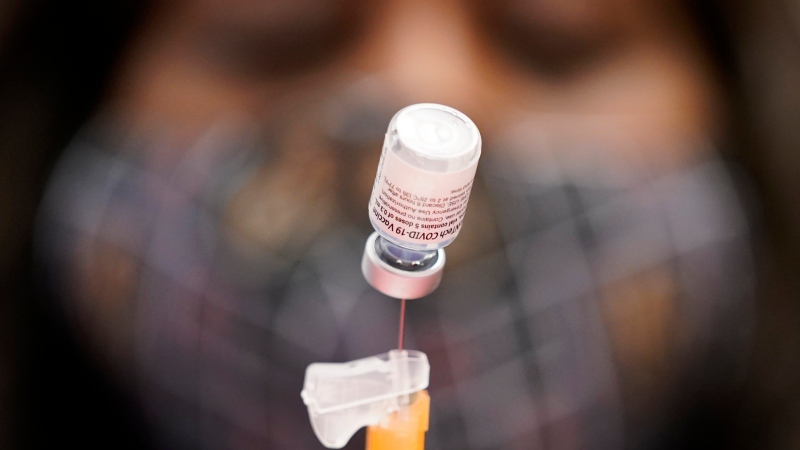