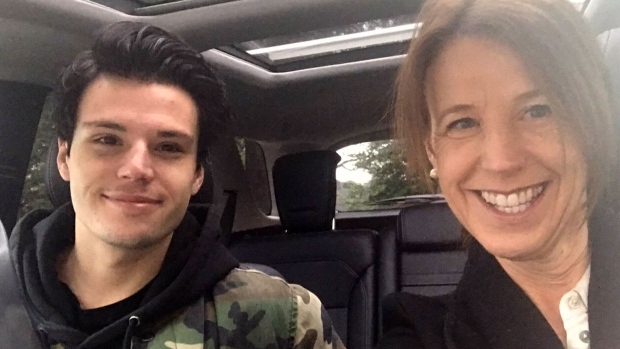 TORONTO — Less than 24 hours after her son Morgan told her he loved her over the phone, Kathleen Radu got a second call — this one to tell her that Morgan had died of a lethal overdose.

In the month of June alone, there were 177 illicit drug toxicity deaths in British Columbia, eclipsing a record set only one month earlier.

Morgan Goodridge, who died only a week after his birthday, is just one face behind that grim statistic. But to his family, he meant the world.

“He was an incredible kid,” Radu told CTV News. “He was always full of energy, always really excited about what he was doing. He just always lit up a room, he always made friends super easily.”

Goodridge had struggled with addiction for a few years, but at the time of his death, the 26-year-old had been clean for five months, and was living in second-stage housing with a non-profit organization.

“It was the best we had seen him,” Radu said. “He had so much hope for the future. He had just got a new car and was starting a new job. Life seemed really positive for him.”

Goodridge’s struggle started before August 2018, but that was when his family got their first “crash course in addiction,” Radu said. That summer, the then-24-year-old had begun to use heroin, and three weeks in, he suffered septic shock, which almost killed him.

“We didn’t realize how bad his drug use was, and that he had hidden it from us for a long time,” Radu said. While they had been aware that he had sometimes used “party drugs,” they didn’t know that in his fight with addiction, he had crossed over into using harder drugs.

“Now I realize that here is really no line anymore because of the toxicity of the drugs that are on the streets,” Radu said.

Goodridge spent 60 days in a recovery program, but relapsed again only nine days after leaving the program.

His family was right there for him.

“With the support of family and friends, we were able to get him back on the right track every time he relapsed,” Radu said.

Over the course of 23 months, Morgan relapsed five times.

“We know that relapse is part of recovery. The average person will relapse seven to 12 times,” Radu said. “Morgan didn’t make it to that.”

The night before Goodridge relapsed for the sixth time, Radu had spoken to him on the phone. He had been excited, she said, about a camera he bought for his birthday. He had been taking night photos with it.

The next morning, Radu texted her son. He didn’t respond.

She thought the call would be about another relapse. And it was. But this time, the unthinkable had happened.

“Somewhere in the course of that morning, he relapsed,” she said. “And unfortunately it was a toxic dose of fentanyl. He died pretty instantly.”

Health officials have grown increasingly concerned about the toxicity of drugs in B.C. and Canada as a whole. Chief coroner Lisa Lapointe said in a statement in July that the “drug supply in our province is highly toxic,” and that statistics showed a number of drug users were dying because their supply had been laced with extremely high levels of fentanyl.

Because of the toxicity of drugs available on the streets, health officials have been calling for decriminalization and for there to be a safe supply, saying that these changes could make the difference in saving hundreds of lives.

“We know the most important thing is change in drug policy,” she said. “Decriminalizing drug use for personal use. We’ve seen some movement in that, still not enough. Safe supply — again, what we have right now is simply a Band-Aid.

“Morgan should never have died that day,” Radu said. “Because of the toxic drugs that are out there right now, it’s Russian roulette. These kids just don’t know and they shouldn’t have to die. A relapse should not mean death.”

Every time her son relapsed, he threw himself into recovery, fighting for it, she said. As he continued on that journey, new layers of his pain — and the reasons behind his addiction — were revealed.

“When he was in his mid-teens, he went through a traumatic episode, and we didn’t learn about that until a year into his recovery,” she said. “And I wish that we had more time. Because I know that that was so much part of his pain and his lack of self-worth.”

She said people find it easy to ignore the issue of addiction, because they “think it’s a certain demographic.”

“If we are looking at the numbers,” she said. “This is the crisis and this is the pandemic that we are having.

“Back in 2016, a health emergency was declared and here we are, coming up to almost four-and-a-half years later, and the numbers are escalating.”

While there has been more media coverage of the opioid crisis and more supports for individuals put in place over the years, she feels the government has still not given the crisis the attention it deserves.

“How many more people have to die?” she said.

“People sit and they listen for those COVID numbers every week, well, wouldn’t it be interesting if we changed things up and we had people listening every week to hear how many loved ones lost their struggle with addiction due to toxic supply.”

When Radu learned of her son’s death, she didn’t know if she would be able to survive the pain. Spreading awareness about addiction and calling for policy changes is one way she is trying to move forward.

“It should be on everyone’s tongue, we should all be talking about this,” she said. “We are wiping out a generation of young adults.”

Many of the 177 people who died in June died alone, despite having support systems in their life, Radu said.

“There is a reason why they died alone: because of the shame and the stigma around addiction. We just need so desperately for people to be educated about addiction.”

On what would be her son’s last birthday celebration, Radu had visited him with his sister, and they had spent the day together. They went to their favourite restaurant and met a brand new nephew. Things had seemed so hopeful.

One small relapse changed all of that.

“In telling Morgan’s story, the more I say his name, the more I share his struggle […] it allows people to have this sacred place to be able to share their story,” Radu said.

“And maybe ask some hard questions that I wished that maybe I would’ve asked Morgan.” 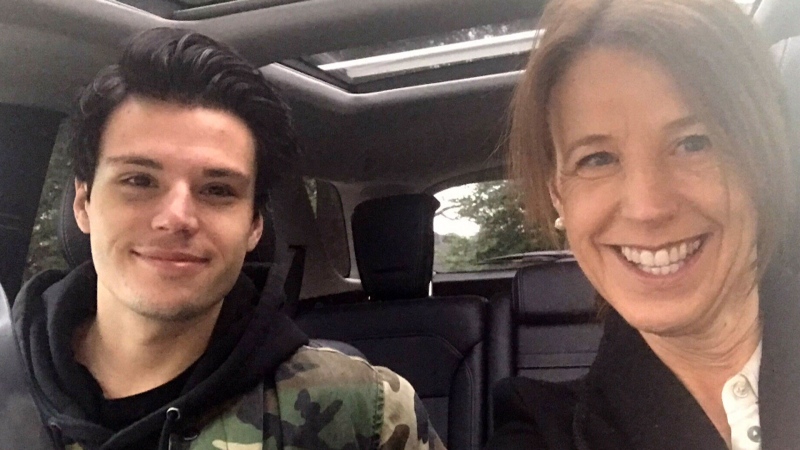