TORONTO — Health-care and front-line workers have been struggling to keep back the tide of COVID-19 for almost a year, but as they face the second wave, many are still carrying the mental scars of the first wave — battling burnout, anxiety, fear, and, in some cases, post-traumatic stress disorder.

Those working on the front lines have had to face the fears of contracting the virus and spreading it to their loved ones on a daily basis, while also dealing with the trauma of seeing those around them — coworkers and patients — fall ill.

HealthCareCAN put out a statement on Thursday addressing the “rising stress and burnout rates among healthcare workers” in honour of Bell Let’s Talk Day, calling for the federal government to do more for those on the front lines.

In the first wave of the pandemic, Bob Waldron worked as personal support worker at a hospital in Montreal, where the unthinkable happened.

He contracted COVID-19. And then his whole family got sick.

“I came home with a fever, and I was shivering,” he told CTV News. “So I went to get tested right away and the next day I was diagnosed as positive for the virus.”

Around 10 days after he came down with the novel coronavirus, his father started to show symptoms.

“Even though I had isolated from my parents, who lived downstairs, my dad started getting weak,” Waldron said. “And he wasn’t eating, and my sister came over to help my mom with him and they decided to send him to the hospital.

“And that’s [the] last time I saw him, it was in the window here, waving to him.”

Waldron’s father was quickly put on a ventilator as his condition worsened. On May 12, nurses contacted the family to let them say their goodbyes.

“Later that day, he passed away.”

Waldron’s mother and sister also tested positive for COVID-19. Terrified that he could be burying another parent, Waldron would call for updates four or five times a day, while he was still sick himself.

Luckily, his mother’s case was mild and both she and his sister survived the virus. Waldron was sick until around the middle of June, when he finally tested negative.

But the effects of the virus are still with him.

After this ordeal, he was diagnosed with post-traumatic stress disorder. His condition gives him so much anxiety that he could not appear on camera, and spoke to CTV News through audio only.

“When I’m out in public, I can’t be around more than two or three people,” Waldron said. “If I am, I start to panic.

He explained that the idea of a person breaking social distancing rules around him is terrifying, and he will cross the street to avoid people.

“I will be out on the street and I will be looking at my surroundings constantly. I’m scared that anybody will get too close.”

Waldron is far from the only front-line worker to be dealing with trauma from COVID-19.

Latoya Maighan also got COVID-19 last spring, while working as a personal support worker at a senior’s home.

“By the ending of March is when the anxiety really started to rise, having to go to work, seeing some of my coworkers get infected day by day, residents being infected,” she told CTV News. “It was very depressing and hard for me” 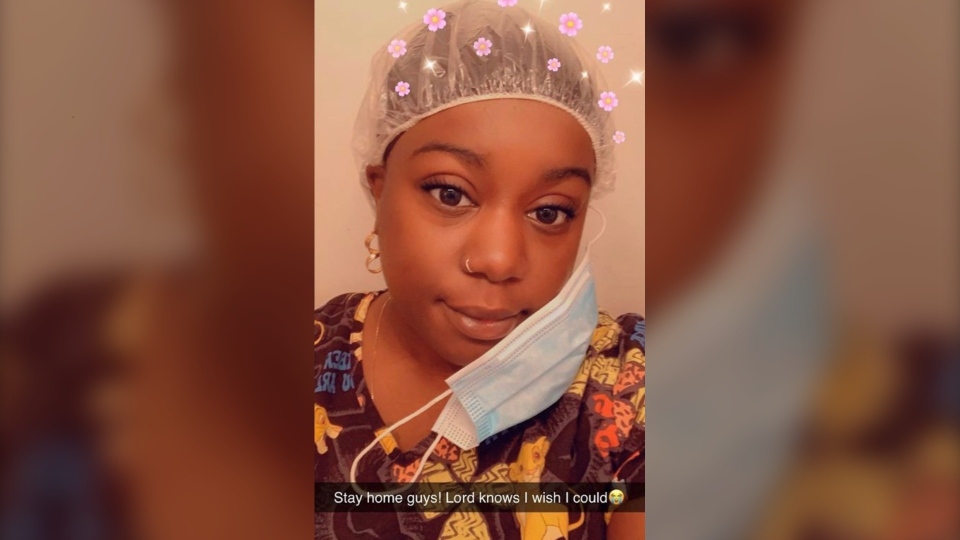 Part of the mental stress was seeing residents who she cared for “just not being their regular selves.” Short staffing caused Maighan and her coworkers to be run off their feet just trying to keep everyone fed and adequately cared for, and left little time for anything else.

She also had to deal with this all while worrying about her daughter, who was only two years old. Maighan left her at daycares that had been deemed essential, and was constantly stressed that her daughter might catch COVID-19 there.

“It was just high anxiety all around,” she said.

Then, in mid-April, she got infected with COVID-19. She lost her taste and smell, and felt like someone was sitting on her chest. She thought she was going to die.

While Maighan has recovered physically now, her mind bears the scars. She’s still saddled with depression and anxiety, describing how she struggled to work up the motivation to shower, or interact with her daughter or spouse.

“Most of the time, I just wanted to lay in my bed and not do anything,” she said.

She also is afraid to go to work — though she still does twice a week.

After she had tested negative for COVID-19 twice, she got the call to return to work. Entering the building itself gave her “major palpitations” and she would “start hyperventilating.”

Her anxiety is such that if a resident sneezes or coughs in the same room as her, she immediately holds her breath for 20 seconds.

It’s something she’s getting through with the help of therapy, but “it’s not a fun feeling,” she said.

Existing supports for those struggling with mental health have reported that health care workers are reaching out to them in greater numbers than ever.

Tung Tran is the director of the CIUSSS’s Mental Health and Addiction Program. They offer mental health to staff at the Jewish General Hospital and the staff at long-term care homes.

“I would say I’ve been in the mental health field for almost 30 years now,” Tran told CTV News. “And I would say this is the first time I witness [such an] increase in mental health needs.”

He said some health care workers are “losing motivation, eating less, […] having nightmares,” due to what they’ve been through.

“Unfortunately, some of them have to take sick leaves because they were not able to function. The anxiety was too high.”

His clinic offers a hotline where frontline workers can get counselling.

“Seven days a week, employees who need help can access a counselling hotline staffed by psychologists, social workers, occupational therapists and other professionals,” the site states. “The service is confidential.”

Tran said that constantly viewing front line and health care workers as “heroes” places a lot of pressure upon them, and makes it harder for them to seek mental help.

“I think they have enough pressure,” he said. “What we try to work now on for the staff is resilience.”

The big fear is for those who don’t come forward to seek help.

Even before COVID-19, a Canadian survey performed in 2019 and published in the Canadian Journal of Emergency Medicine found that 86 per cent of emergency physicians met at least one criteria for burnout, and around 14 per cent had contemplated suicide at one point, with six per cent having “actively considered” it.

COVID-19 has only made these problems worse, but speaking up is still hard.

Maighan said she was “pretty sure” she had coworkers who felt the same way as her “but are afraid to speak out or may feel weak, […] because that’s how I felt for a little bit.

“But they have to remember that it’s okay to seek help, and there are services for people like us who just can’t cope sometimes.”

“Our professional and dedicated health care workers have the right to be healthy as they fulfil their duty to provide care for Canadians,” Paul-Emile Cloutier, president and CEO of HealthCareCAN, wrote in the organization’s statement Thursday. “A sick system cannot deliver high-quality care and our health workforce must be freed from the burdens and obstacles brought about by this tragic pandemic that is putting Canada’s entire health care system at risk.”

Waldron now is taking medication and both he and Maighan have received help through therapy to deal with the trauma of their front line work.

But the fight is ongoing to safeguard their mental health for the long road still ahead.

“I haven’t been back to work since I got the virus in April,” Waldron said. “And I don’t know when I will go back. But it’s a long process to get back to where I was.

“It’s been a very nightmarish year for my family.”

Resources are available in communities across Canada for anyone struggling with anxiety, depression or other mental health concerns. 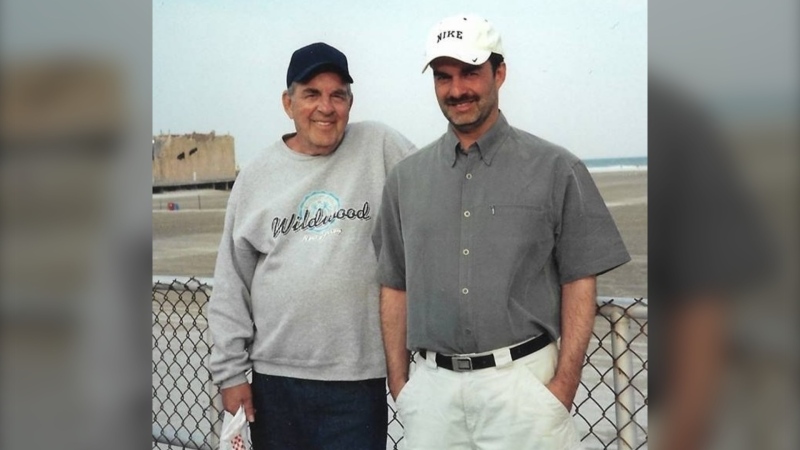