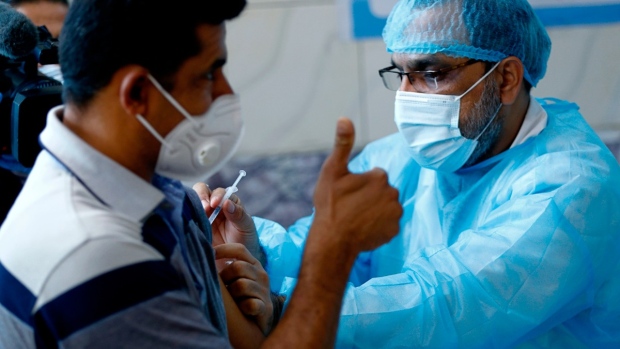 The program kicked off as Iraq comes to grips with a second wave of the coronavirus.

At dawn, a C-130 military plane arrived in Baghdad with 50,000 Sinopharm vaccine doses gifted by China. More were expected as Iraq’s government has allocated funds to secure 1.5 million vaccines from Pfizer and signed a contract for 2 million more from AstraZeneca.

Health Minister Hasan al-Tamimi was the first to receive the vaccine. He was followed by other ministry staff and essential frontline health care workers, said ministry spokesman Saif al-Badr.

A health centre close to Al-Mustansiriya University will provide vaccines to the elderly, al-Badr said.

This week, the Health Ministry also made available electronic forms online for Iraqis to make an appointment to receive the vaccine.

Health care worker Mohammed Khudeir was among the first to receive a jab Tuesday in Baghdad’s al-Qif hospital.

“We were the first who were vaccinated and after half an hour I am still in good health,” he said. “I am calling upon the citizens not to be afraid of this vaccine.”

Some Iraqis have expressed mistrust of the vaccines, their procurement and their effectiveness.

Rollout will unfold similar to programs in other countries and prioritize the elderly and those with chronic diseases first, according to the ministry.

Iraqi officials are in a race against time as the country grapples with a second wave of the virus, spurred by the more infectious strain first discovered in the United Kingdom. 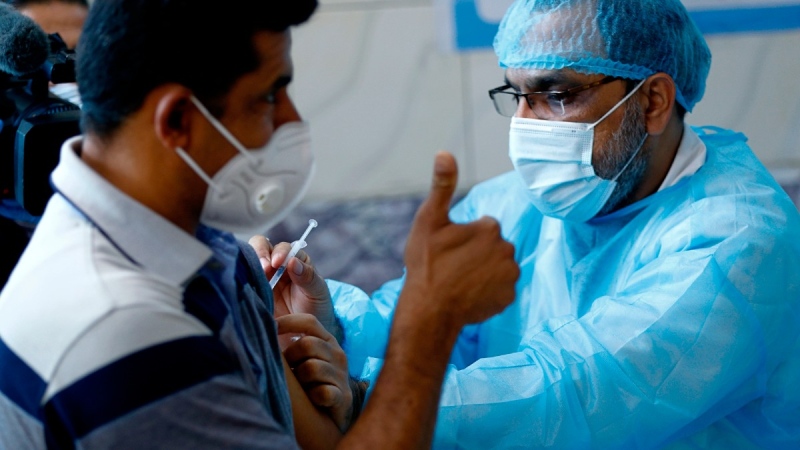