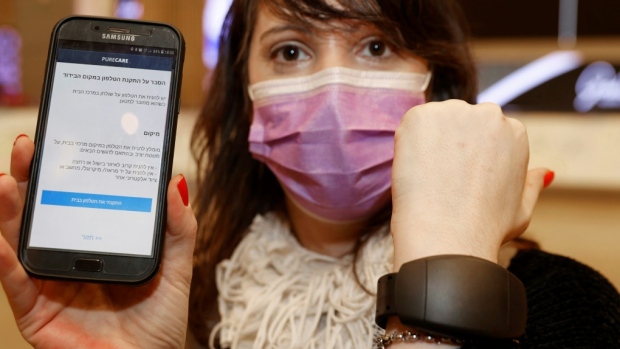 JERUSALEM, — Israel’s top court ruled Monday that the government must curb its use of the domestic spy agency to track coronavirus infections, saying “draconian” surveillance constituted a blow to democracy.

But the supreme court quickly blocked the practice, saying legislation was needed to authorise the programme.

Tracking was discontinued in June but the following month, amid another infection surge, parliament passed a law allowing surveillance when “an epidemiological investigation cannot be completed otherwise”.

Initially approved for three weeks, that measure has been repeatedly extended since while details of how information was obtained were kept secret.

Critics cried foul over invasion of privacy, but supporters claimed there was no civilian alternative to the Shin Bet’s technologies.

Ruling on a challenge filed by four civil society groups, a seven-judge panel said the government must significantly limit its use of the spy agency beginning March 14.

“From this day on, the use of the Shin Bet will be limited to cases in which a confirmed coronavirus patient was not cooperating in his (epidemiological) investigation, whether intentionally or not, or gave no report of his encounters,” the court said.

The justices criticised the state’s protracted use of the Shin Bet in the fight against the pandemic, saying it created the feeling that “every Israeli citizen and resident is under constant surveillance, as if he were a character in George Orwell’s ‘1984’”.

The celebrated and unnerving novel depicts a totalitarian regime.

“Allowing the government to use the surveillance details is a severe, exceptional and draconian blow to the right for privacy and the democratic fabric of society in Israel,” the decision said.

The ruling noted improvements in the health ministry’s epidemiological investigations.

That, combined with flaws in the Shin Bet’s monitoring technology, made its use more harmful than beneficial, the court said.

The Association for Civil Rights in Israel, one of the petitioners, welcomed the ruling, which it hoped would lead authorities “to pause and change course from this slippery slope of using extreme and undemocratic means” against the pandemic.

Deputy health minister Yoav Kisch of the ruling Likud party called the decision “a crime against the health of Israeli citizens”.

“To this day the Shin Bet’s abilities saved the lives of 500 Israelis. On March 14 that will end because of the supreme court,” he wrote on Twitter.

The ruling came the same day that a pilot project was launched to attach electronic bracelets to incoming travellers.

Israel obliges everyone arriving from overseas, apart from those who have already had the COVID-19 illness or received vaccines against it, to undergo a two-week quarantine in a hotel paid for by the state.

The scheme launched Monday at Tel Aviv’s Ben Gurion airport allows people to quarantine at home instead — providing they wear a bracelet allowing authorities to track their movements.

“My privacy is important, but the most important thing for me is that all Israel will be in a good health situation,” said Gaby Glazman, a 53-year-old arriving from Sao Paolo in Brazil.

“If this is the price I have to pay (wearing an electronic bracelet), I’m very happy with that,” she said.

Israel is among the world leaders in coronavirus vaccinations per capita and is gradually emerging from a third lockdown. 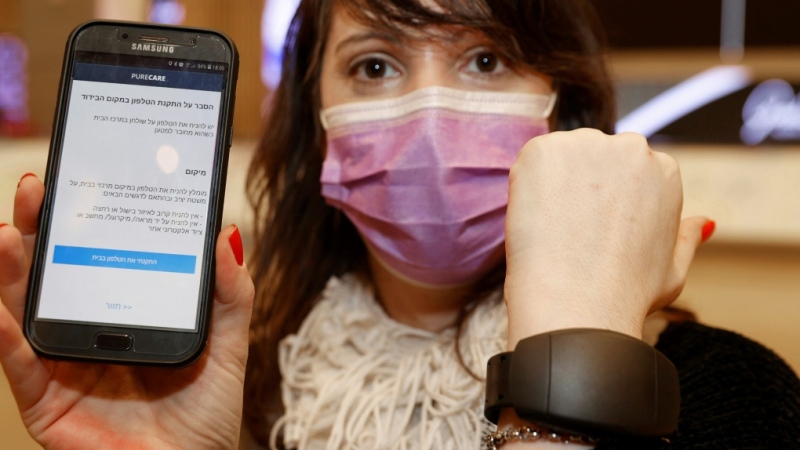