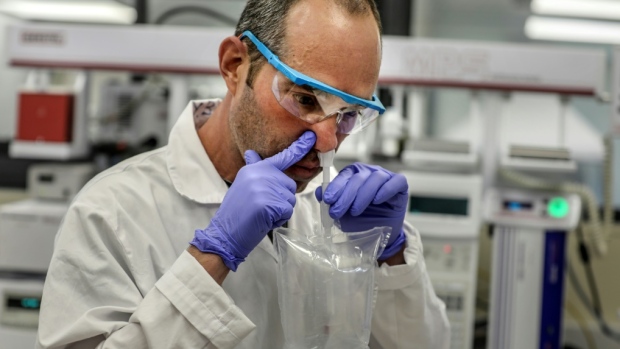 MISGAV, ISRAEL — An Israeli company is developing a coronavirus breathalyzer test that gives results in 30 seconds, billing it as a “front line” tool that can help restore a sense of normality during the pandemic.

NanoScent, the firm making the test kits, said an extensive trial in Israel for the presence of live virus delivered results with 85 per cent accuracy, and the product could receive regulatory approval within months.

Chief executive officer Oren Gavriely told AFP the breathalyzer would not replace lab tests, but was a mass screening tool that could help people gain “the confidence to go back and act as normal.”

NanoScent has been operating for several years, specializing in rapid recognition technology, including for medical purposes.

Gavriely said that while visiting the United States in January, he sensed his firm’s expertise may be needed to help confront the novel virus circulating in Asia that appeared to be spreading to the West.

“We said we’ll invest one week into it and see what’s happening, and this one week never stopped,” he said.

The test begins with a few short questions about COVID-19 exposure and symptoms, displayed on the phone of the person administering the procedure.

Test subjects then inhale through the nose, hold their breath, close one nostril and exhale through the other, pushing breath through a handheld tube into a small bag called the “Air Trap”.

The tube is then plugged into the “Scent Reader,” a small rectangular device that whirrs softly as it sucks the air out of the bag.

Within seconds the results — “COVID-19 negative” during AFP’s visit — appear on the phone.

Researchers at NanoScent’s headquarters in northern Israel are refining the virus recognition technology, which relies on “odours and the pattern of odours”, Gavriely said.

After analyZing the breath of roughly 1,000 Israeli COVID-19 patients, the firm was able to identify detectable smells associated with the virus, the chief executive added.

“We pick up on a pattern, we record that pattern and then we can detect if someone has, or is suspected to have, COVID-19.”

NanoScent’s technology was looking “very promising,” said Nadav Davidovitch, director of the school of public health at the Ben Gurion University in Beersheba.

Mass testing is crucial during a pandemic, he told AFP, adding that the NanoScent test could be a useful tool, provided it gets regulatory approval.

As long as NanoScent’s breathalyzer was not used by some as a substitute for state-controlled lab tests, “I’m all for it,” he said.

Gavriely told AFP he expected the test to be used at entrances to concerts and hospitals, or in the aviation industry — noting it was already being used at a major European sports venue, in a commercial pilot.

If the breathalyzer result is positive, people should automatically be sent for a lab test, he said.

The device will likely cost less than US$10 per test, “a fraction of the cost of the lab test”, Gavriely said.

The Israeli defence ministry’s research and development directorate worked to help NanoScent develop its testing system, with department head Daniel Gold recently telling AFP that rapid testing would be a “game-changer” against the pandemic.

Israel acted early against the virus in March and succeeded in reducing transmission to a trickle by early May, but as the economy has re-opened cases have spiked dramatically.

The country of nine million people has been recording more than 1,000 new cases per day in recent weeks, forcing new restrictions and public anger over the purportedly mismanaged re-opening.

Scent recognition platforms are “a quick way to screen the masses and know who’s suspected, who’s not, so we can be confident again,” he said. 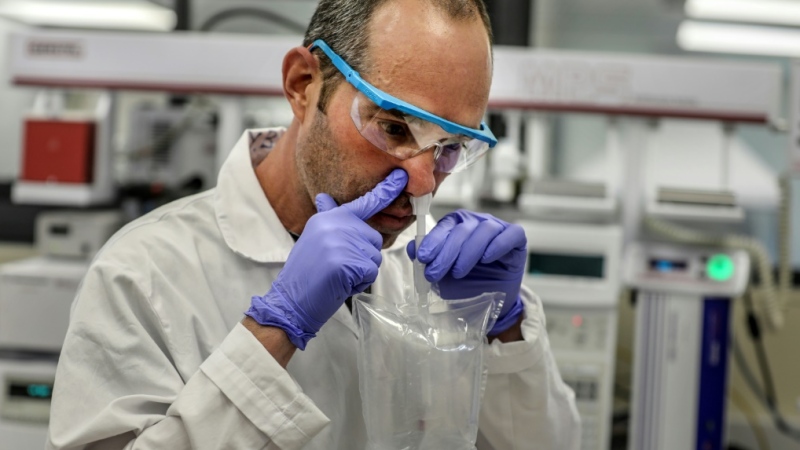