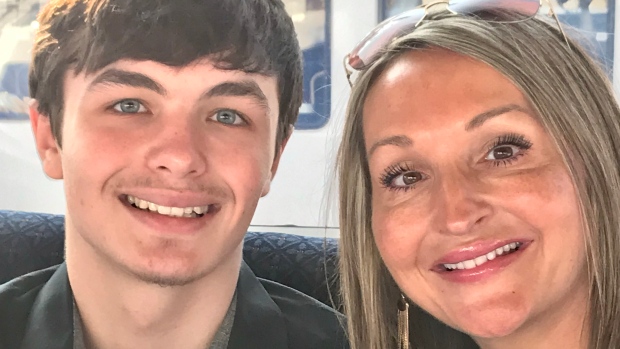 TORONTO — Logan Williams was just 16 when he died in April of a Fentanyl overdose. There is now a bench parked on the banks of a river in British Columbia that bears a plaque engraved with his name.

A charismatic teenager, Logan played the guitar, loved music, and had a busy and full life with school, sports, and acting. He had recurring guest roles on The Flash — playing a young Barry Allen — and When Calls the Heart, popular TV shows with a dedicated following.

“I always say if love could have saved Logan, he would have lived forever,” his mother Marlyse Williams said in an interview with CTV News.

Williams knows it wasn’t a lack of love that killed her son: “This is something that is way bigger than that.”

Logan is one of 60 people in B.C. between the ages of 12 and 24 who died of a drug overdose since January, part of a trend that has seen young people — not just older men — also dying from opioid-related overdoses.

An estimated 15,000 Canadians have died since January 2016 as a result of illicit street drugs. A third of those deaths — more than 5,000 — occurred in B.C. alone, with the province recording its deadliest month ever for fentanyl use this past July.

But the stigma around addiction makes it easy to blame the user and hard to get the right message out, Dr. Pouya Azar, a psychiatrist and youth addiction medicine specialist, told CTV News.

“It is extremely important to get to know the young person in front of you, and understand what their life looks like because their lives are complex … sometimes we simplify it and say they are just a teenager,” he said, noting the importance of not just treating the symptoms, but also addressing the root causes.

“But when you take the time to build the trust and build the rapport, we often realize they may have real struggles we may not have considered … I cannot remember the last time I had a youth in front of me who was using, who did not have some kind of trauma history.”

Williams describes her son as a funny, happy kid who always cracked jokes, loved pranks, and had no fear. He became interested in acting around the age of 10.

“He also had a really sensitive side. He was very caring and loving,” Williams said. “Logan was very deep. A very deep thinker and he really cared about other people, particularly those in need.”

But then things changed dramatically when he became a teenager.

“At around 13 is when I noticed a huge shift in his attitude, demeanor. The happy go lucky Logan was not there anymore,” Williams said.

He became more withdrawn, disrespectful, skipped school, and smoked weed. “This was not the Logan that I knew.”

Logan had been introduced to hard drugs by an older friend and was struggling with addiction, she learned. Desperate to help her son, she sent him to a private, residential treatment school in Utah for 10 months. There were few resources or options in B.C., Williams said, especially for children as young as Logan, and waiting lists — even to see a councillor — were long.

“He was really good. I was so enthusiastic and hopeful,” his mother said. He got a job at a grocery store, he was in summer school, he was changing his group of friends. But three or four months later, Logan began showing signs of withdrawing again.

“I was so naive with addiction.”

Addiction is like an illness that requires ongoing care and support, and provincial resources are scarce, Williams said, noting that someone who gets a heart attack or other disease is treated and given continued care even after the initial treatment.

Logan never opened up to the therapists or counsellors that he saw about what happened to him and what kind of pain he was trying to navigate, according to his mother.

“He ended up climbing down a rabbit hole and he could not get out, and it got worse and worse … there were so many hopeful moments but then you get let down again,” Williams said.

Logan died while on a waiting list for a treatment bed.

A SHORTAGE OF RESOURCES

Young Canadians between the age of 15 and 24 are the fastest-growing demographic requiring hospital care due to opioid overdoses. But specialists like Azar say they can face a lack of resources.

When he sees a young patient in the ER with an overdose, the window to help is narrow.

“We will be scrambling to find beds and treatment centres and places for these individuals to go and sometimes we are weeks away from finding them a bed at a centre,” he said.

“(We are) losing people because we cannot get them the care they need.”

The province recently committed $36 million to create 123 new youth beds, a move that will help, but is not enough. The stigma around addiction must also be dismantled, he said.

“It can happen (to people) from all walks of life … it is a condition that does not discriminate. It is easy to think it will happen to ‘those’ people, but it will never happen to my child, but that is not the case,” said Azar, adding that parents who discover their child are struggling with addiction are often blind-sided by the revelation.

“Parents tell me over and over again, ‘I had no idea that my child was struggling.’”

It is vital that parents maintain an open dialogue with their children, he said. Get to know them by learning what their life is like outside of the home, what kinds of activities they are involved in, what struggles they are facing, and discuss issues like substance abuse with them.

Teaching them early on how to talk about their feelings is also an important tool, Williams said, especially as they become teenagers.

“I used to be one of those people who thought it was a choice. I have never done drugs — ‘How could you be like that?’” said Williams.

“I had to do a lot of educating myself … when you first learn your child is on drugs, you feel so much shame.”

EASIER THAN GETTING A CANDY BAR

April 2 was the worst day of Williams’s life. That was when she got the call that Logan had died from fentanyl poisoning. It was during the height of the pandemic, and the concerns around its impact put a spotlight on mental health issues, depression, addiction and the opioid crisis. Logan’s death during this period made it that much harder, she said. She felt alone and isolated.

“Logan certainly did not want to die,” said Williams. “We were supposed to see each other that day and he was looking forward to it.”

Williams said she has received hundreds of messages from people all over North America — often from other parents who also lost their children.

“Unfortunately, this is not an isolated incident … this can happen to any Canadian family,” she said.

She blames the drug dealers who sell the drugs to children, and calls Logan’s death a drug-induced homicide. She said he once told her that getting drugs was easier than buying a candy bar — when he wasn’t even 12 years old.

“How is this fentanyl getting into every drug and killing our youth? Why is no one doing anything about it? Why is this OK? This is not OK.”

For Williams, breaking down the shame and secrecy, and shifting the addiction narrative to prevention are reasons why she feels compelled to speak out.

“It can happen to any family and we need to do something before we have lost a whole generation.” 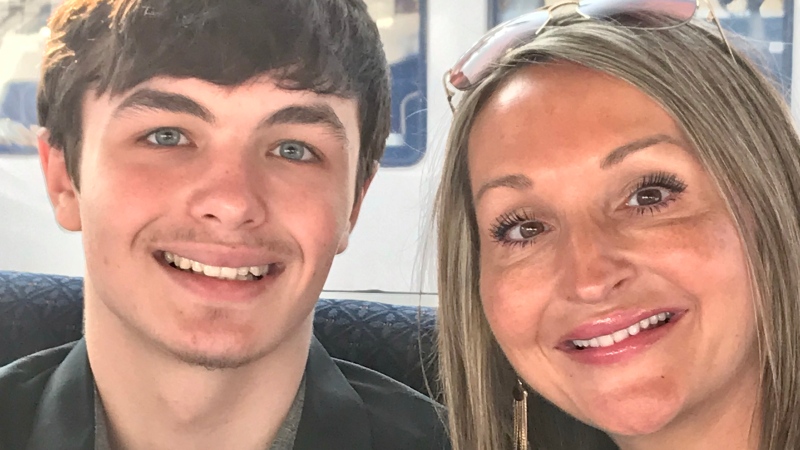