LONDON, ONT. — A young London, Ont. couple is savoring every minute they have left together before cancer rips them apart.

Emily Raes-Caspi, 19, spends her days in bed next to her husband 19-year-old Jace Caspi, who has terminal cancer.

“For him it’s sleeping a lot, and for me it’s holding his hand,” says Raes-Caspi. “These days I’d rather do that than anything else, to be honest.”

The couple are appreciative of every minute the 19-year-old has left as he battles stage four osteosarcoma.

When it was evident Jace couldn’t beat cancer for the second time in five years, the two got married a month ago.

“It makes both of us sad,” says Raes-Caspi. “Saturday we went through all his friends and said goodbye to them. It’s hard going through all that especially at our age. We are saying goodbye to each other too.” 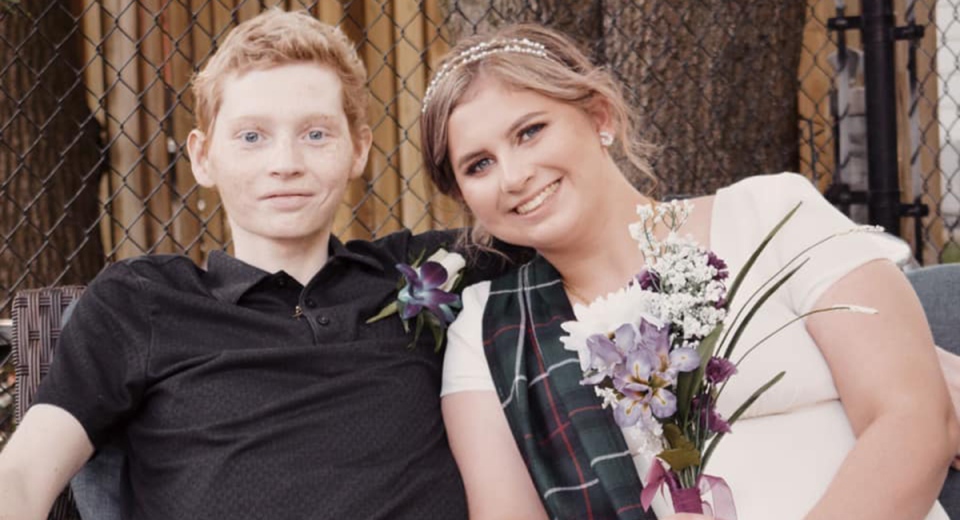 Knowing Jace wouldn’t have much more time, Leo Larizza of the TLC Foundation wanted to do something special. The founder of the London, Ont. charity arranged a stretch limousine with an accompanying nurse so Jace could lie down on the way to a penthouse suite in Niagara Falls.

“It was a special thing for them to go away and celebrate their marriage, in a pseudo-normal fashion,” says Carolyn McKenzie, Jace’s mother. “Jace had perfect vantage point of the falls from his couch too so he didn’t have to leave the room.”

The couple was joined by close family as they used the vacation as a “bonding trip.”

“When we got there Tuesday, hotel staff said that Drake had stayed there Sunday,” says Raes-Caspi. “That was pretty special for us, and we won’t ever stay in a room that big again.” 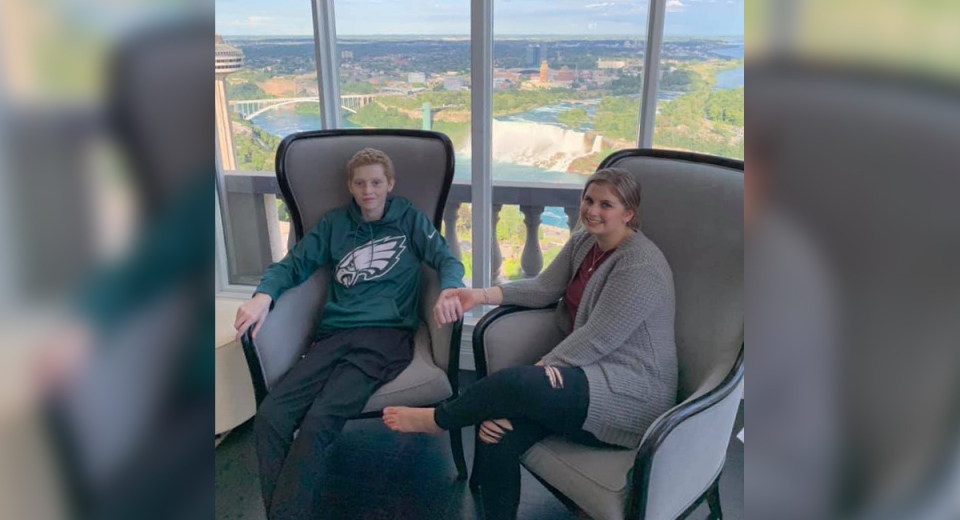 Emily Raes-Caspi and Jace Caspi visit Niagara Falls, Ont. thanks to support from the TLC Foundation.

Granting wishes to sick children is something Larizza and his local charity have been doing for decades. He’s continued his generosity during this pandemic, even though donations have been reduced due to COVID-19.

“Children like Jace need us and its awful what’s happening to him and to other kids,” says Larizza, who has given out tens of thousands of dollars worth of wishes during the pandemic.

“It’s important for us to bring him a little bit of happiness in the last few weeks of his life. We do as much as we can under these conditions, but I feel it’s our responsibility to help these children cause that’s what the TLC (Foundation) is all about.”

Uncertain what will happen with Santa’s House (a TLC fundraiser) this winter, Larizza is hoping the public will continue to support his cause so he can keep providing these experiences.

“Without those funds, we couldn’t help kids like Jace.”

Jace was 13 years old when he was first diagnosed with lymphoma. He was almost five years cancer free and had resumed playing sports like ball hockey and high school football, when a dormant cancer awoke last year. 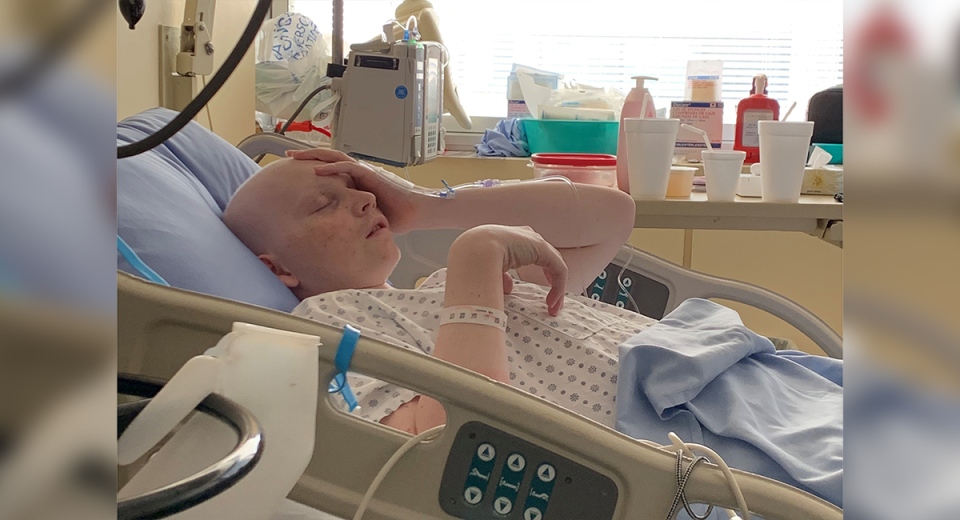 “It really is torture watching your child go through this,” says McKenzie, who spends her days and nights crying as her son suffers in pain.

“Going through two cancers is not easy to watch.”

Jace has been part of a research study to see if there is a genetic link.

He recently underwent a successful reconstruction of his leg with titanium rods, and it might have helped him walk, if the cancer hadn’t metastasized to his lungs.

“He had the osteosarcoma like Terry Fox,” says McKenzie. “The reconstruction surgery wasn’t available four years ago so hopefully more research is able to eliminate cancer all together.”

When the tumors in his lungs became active they progressed too quickly for doctors to do more radiation, chemotherapy or surgery.

All Jace and Emily can do now is spend their nights watching hockey and baseball on TV, and appreciate every second.

“I’m grateful we get that time,” says Raes-Caspi. “A lot of people go without saying goodbye but it’s waiting for the inevitable, which is kind of hard.” 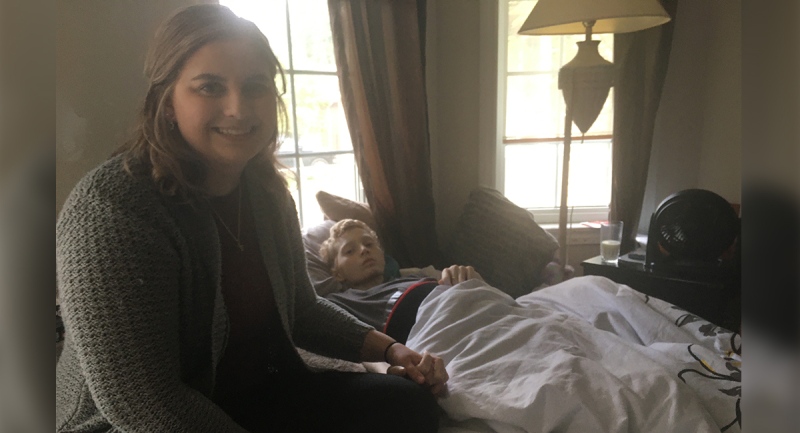