“I wish people in the community could literally walk in my shoes and see what I see,” she says.

Hurst says the physical changes to the floor, including venting throughout and rooms divided by sealed tarps are actually a comfort because she knows it’s for all their safety.

“If you had asked me a year ago if I foreseen this happening? No, it definitely looks like something from a movie,” she says.

Hurst says the most stressful part of their job is not having family members around.

“It’s like I’m a stranger walking into their life, being a family member which is scary for them, and sometimes intimating for us,” she says. 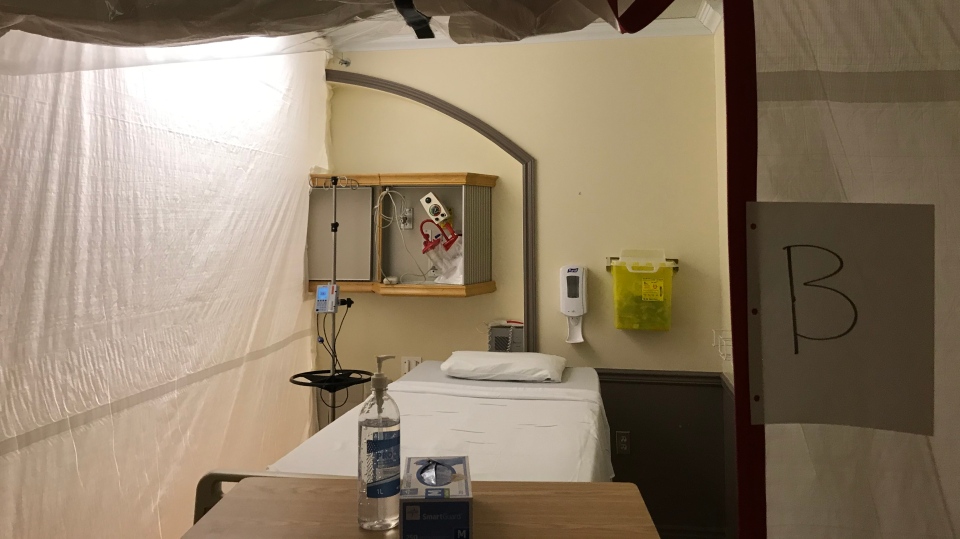 “Working on the COVID unit it’s been difficult because you know you’re around it all the time,” said Tasia Seguin, a nurse with 14 years’ experience.

Seguin also works on 4 North, which as of this writing is in an outbreak.

“So these guys are like my family, so it’s difficult cause it’s affected my family right,” she says.

Regardless, Seguin tells CTV News she considers herself lucky to have her job, and to be working during a pandemic.

“I feel like I’ve been put in this role for a purpose,” she says.

Respiratory therapist Katie Slawik meantime describes the ICU as a “spaceship” with all the filters, piping for clean air, and sealed rooms.

“We’re overworked. We have like an average of seven or eight patients per person, where usually we only have about three or four so we’re at a double capacity,” she says. 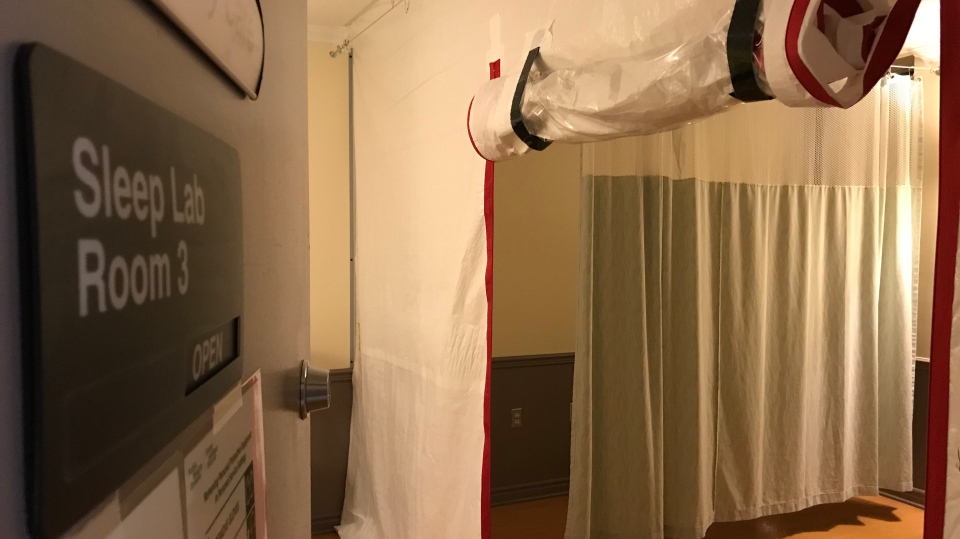 “It just feels like a constant struggle to get these people better,” says Michelena Sockett, an RN who started in the ICU in November 2019.

At the time she never imagined she’d have so many sick patients, fighting the exact same virus.

“A lot of them end up with a tracheostomy which is a hole in your throat, still on a ventilator. Really weak. Really declined,” Sockett says. 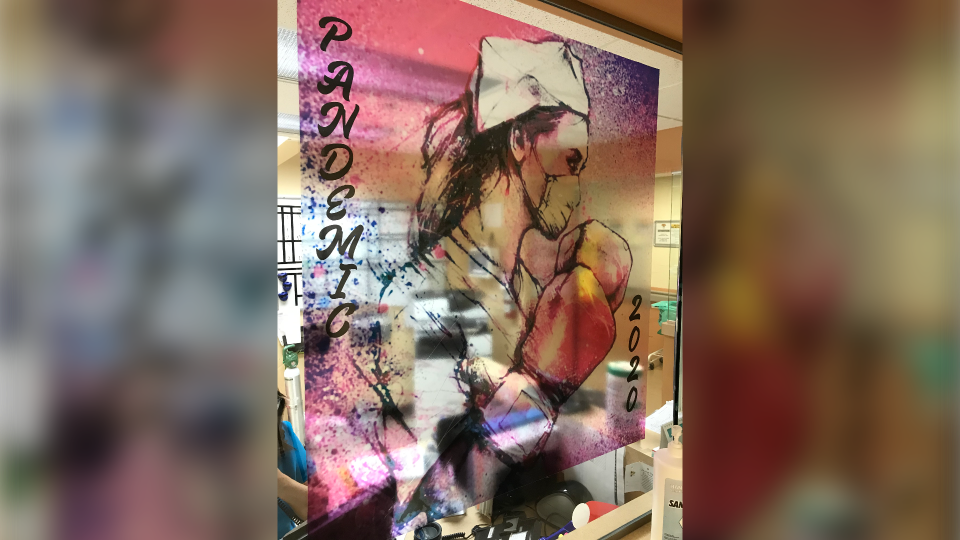 “I would say that our healthcare status right now is very strained, I think it can get a lot worse,” Dr. Malus says.

“There is a limit to how many beds we have, and how much space we have and even if we try to surge and open up new beds there’s only so many resources that can go around,” according to Dr. Malus.

Hospital executives are using every available space at their disposal, to plan for the worst-case scenario.

For instance, they have built 12 “surge beds” where the sleep lab used to be. 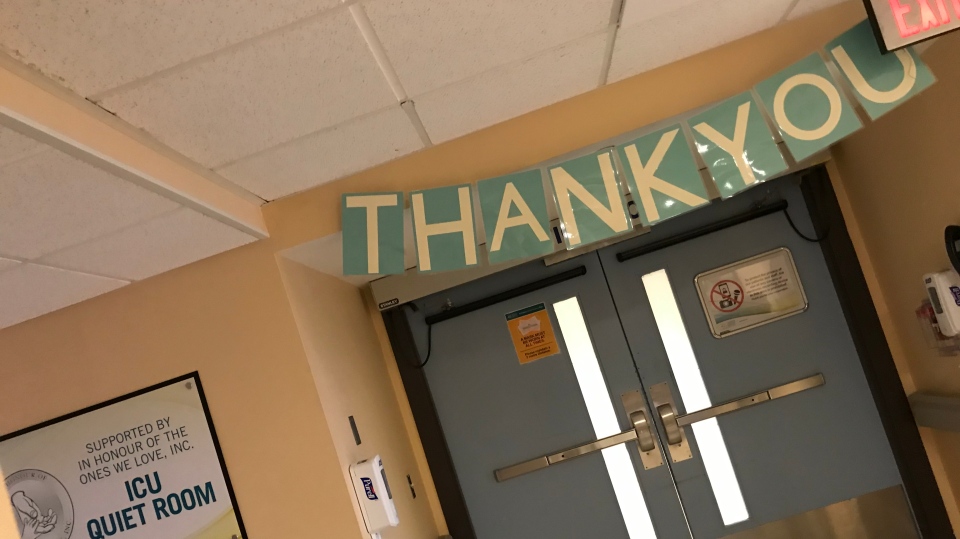 “The benefits to doing the right thing now are gonna pay great dividends in comparison to if we continue to not believe or ignore what public health is telling us to do,” she says.

Riddell says it will take months to get up enough “herd immunity” to protect the general public from COVID-19.

Until then, she and the other healthcare workers are pleading with the public to stay home except for essential tasks.

“We’re preparing to be in a critical level, we’re trying to avoid getting to chaos but we’ve very busy, we’re very tight and we’ve very worried,” according to Riddell.

Dr. Malus pleads, “keep your distance from people, I think we don’t do that, if the public does not do that, we are going to be in a crisis.” 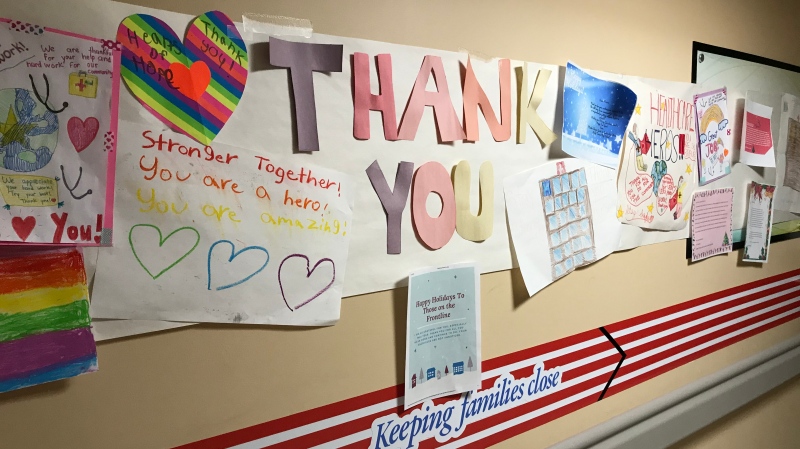