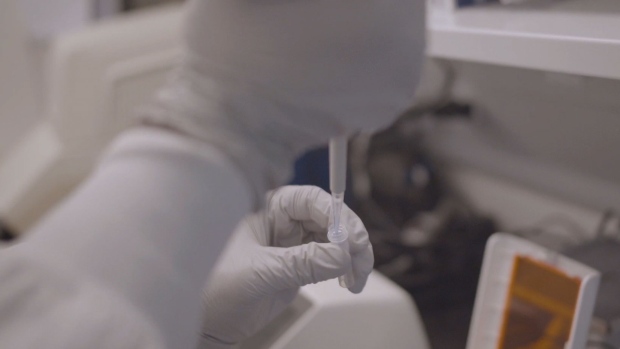 TORONTO — A Canadian drugmaker says it has produced “compelling” early results from animal testing of a COVID-19 vaccine candidate, but the government hasn’t responded to its application for funding that would allow it to advance to human clinical trials.

“I would gladly test our vaccine head-to-head against any out there,” said Chief Scientific Officer Eric Marcusson in a press release. “It is always difficult to compare preclinical results, however, I believe our results compare extremely favorably to preclinical results reported by other companies.”

Researchers at the University of Toronto conducted tests on mice and found that the vaccine candidate PTX-COVID19-B produced “robust” neutralizing antibodies, which are needed to defend cells from invading pathogens such as the novel coronavirus.

“The results coming from our first animal experiment showed that the vaccines are resulting in a strong immune response,” said Dr. Mario Ostrowski, an immunology professor at the University of Toronto, in a press release. “In particular, the vaccine against the S protein produced neutralizing antibodies at higher titers than the results announced by other mRNA vaccine manufacturers.”

Brad Sorenson, president and CEO of Providence Therapeutics, told CTV News that these results show their vaccine has shown to be “equivalent or better” than those from much larger firms in the vaccine race.

“We expected that it would work, but the results were even greater than we expected, so we were very pleased about that,” he said. “We’re very anxious to repeat this in real-life patients.”

Another notable mRNA vaccine is by U.S. biotechnology company Moderna, which has received hundreds of millions in funding from the U.S. government and entered final-stage testing last month when the first of some 30,000 Americans received the shot.

But Providence, which says it’s one of Canada’s leading mRNA vaccine producers, hasn’t heard from the government since late May and has yet to receive funding for the next stages of its testing after it submitted a $35-million proposal in April. That same month, the federal government committed more than $600 million to vaccine manufacturing and research in Canada, including clinical trials. Among projects already funded as part of that pledge is a partnership between China’s CanSino Biologics and Dalhousie University in Nova Scotia.

Sorenson said his company is expecting to be able to produce 5 million vaccines by next summer, but without help from the federal government, they are hamstrung.

“The challenge that we’re facing is, we’re not a large pharma company,” he said. “We have really good technology, fantastic scientists … but for us to go into human trials, we either need to raise more money — which we can do if we’ve got a government that is indicated that they’re interested in what we’re producing — or we need a government to sponsor those clinical trials.”

Sorenson added that if the Canadian government does not help fund their human trials, they might have to find another government that will.

“We’re at a point in a company that if the Canadian government doesn’t want to do it, we’re going to start looking elsewhere, and that’s just the reality,” he said. “We’ve got a world-class vaccine and if it’s not going to be for Canadians, it’s going to be for somebody else.”

Sorenson said he has already had “preliminary discussions” with other governments about their vaccine, primarily from individual provinces.

Meanwhile, health professionals and politicians alike are urging the government to speed its funding process for homegrown vaccines so that Canadians won’t have to wait in line for another country’s COVID-19 shot. Among those adding their voice was Alberta Sen. Doug Black, who said pressure should be kept on the government to act.

“I see the commitment that’s being made by the European and American governments to this identical technology and I’m saying, ‘Hmm, why in the name of goodness aren’t we pursuing this aggressively in Canada?’” he told The Canadian Press earlier this week. “No stone should be left unturned in pursuit of a made-in-Canada COVID solution.”

Industry Canada, which is charge of administering the $600 million to vaccine manufacturing and research in Canada, has not responded to a CTV News request for comment. 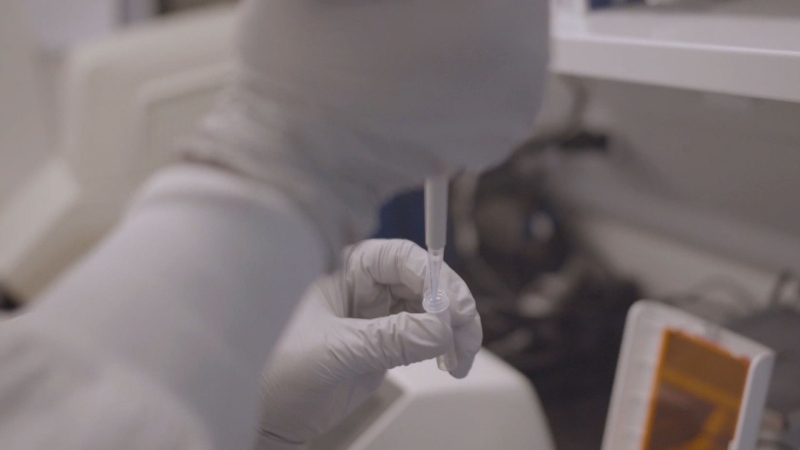