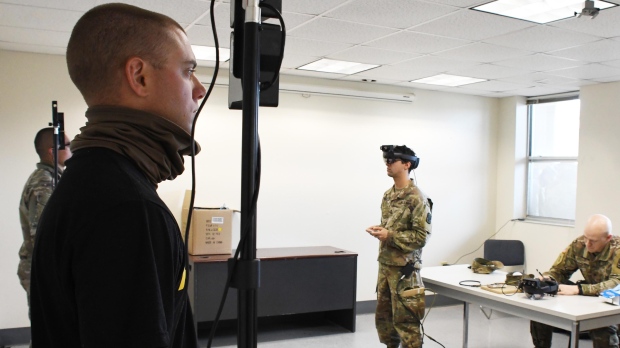 COVID-19 can spread quickly among active military members and recruits — and two new reports detail how this has happened in some past outbreaks.

The papers, published in the New England Journal of Medicine on Wednesday, reveal that many military personnel and recruits who test positive for coronavirus infection show no symptoms at all, which suggests asymptomatic spread of the disease has likely played a big role in outbreaks.

MARINE RECRUITS IN QUARANTINE GET SICK

One study — by researchers at the Naval Medical Research Center, Icahn School of Medicine at Mount Sinai and other institutions — included data on 1,848 recruits who were tested for COVID-19 after completing a two-week quarantine at home and then throughout a supervised quarantine on a college campus.

While on campus, recruits wore masks and practised social distancing.

At the end of that second quarantine, all recruits were required to have a negative COVID-19 test before heading to Parris Island in South Carolina for training. The recruits, who were predominantly male, enrolled in the study from May 12 to July 15.

The study found that at the time of enrollment, following the recruits’ at-home quarantine, 16 of them — or about 1% — tested positive for coronavirus. Then during the two-week supervised quarantine period, the researchers found that an additional 35 recruits — or about 2% — tested positive. Clusters of outbreaks were identified and “shared rooms and shared platoon membership were risk factors for transmission,” the researchers wrote.

Only five of the 51 infected recruits — 10% of them — reported having symptoms in the week before testing positive or on the day testing occurred. All cases were detected through scheduled testing and none were through daily symptom monitoring.

“This is a difficult infection to suppress in young people, even with close supervision of their mask wearing, social distancing, and other mitigation measures,” Dr. Stuart Sealfon, professor of neurology at the Icahn School of Medicine at Mount Sinai, said in a news release on Wednesday.

“We find that regular testing not dependent on symptoms identifies carriers who can transmit SARS-CoV-2,” he said. “We hope this information helps in developing more effective measures to keep military installations and schools safe.”

The results are only representative of nine Marine Corps recruit classes and more research is needed to determine whether similar findings would emerge among other groups of young adults.

The other study — by researchers from the U.S. Navy Bureau of Medicine and Surgery, among other institutions — involved data on 4,779 crew members aboard the USS Theodore Roosevelt aircraft carrier when it experienced a COVID-19 outbreak between March and May. The handling of that outbreak led to the firing of the ship’s captain and the resignation of the acting Navy secretary.

The study showed that 1,271 crew members — or 27% — tested positive for coronavirus infection, and more than 1,000 of those infections were identified within five weeks after the first confirmed case.

“Typically, enlisted crew members sleep in open bays packed with dozens of tightly spaced bunks, work in densely populated areas, and congregate in gathering points such as the gyms and galleys,” the researchers wrote. “These conditions probably facilitated the transmission of SARS-CoV-2.”

Among the infected crew members, 572 of them — or 43% — reported never having had symptoms throughout the outbreak, the researchers noted.

The findings almost certainly apply to non-military settings, Dr. Nelson Michael of the Walter Reed Army Institute of Research in Silver Spring, Maryland, wrote in an editorial that accompanied the two studies in the New England Journal of Medicine on Wednesday.

“The approaches learned from the USS Theodore Roosevelt and Parris Island can be applied, with varying degrees of relevance, to land-based shared living situations such as college dormitories, prisons, and residential care facilities, as well as sports training environments, meat-processing facilities, and isolated energy plants,” Michael wrote.

He said additional studies are needed to better understand the durability of immunity when it comes to the spread of COVID-19 in shared living spaces, including the natural immunity someone has following infection and immunity from vaccination.

As of last week, at least 47 COVID-19 candidate vaccines are in clinical evaluation globally, according to the World Health Organization. Drugmaker Pfizer announced on Monday that its coronavirus vaccine appears to be more than 90% effective, based on early data.

Michael wrote, “The addition of these pharmaceutical interventions to the available public health tools will help control the pandemic and safely open societies.” 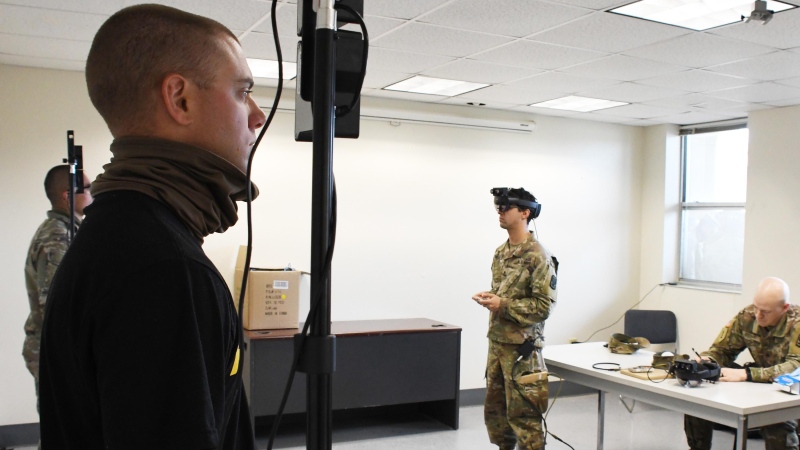