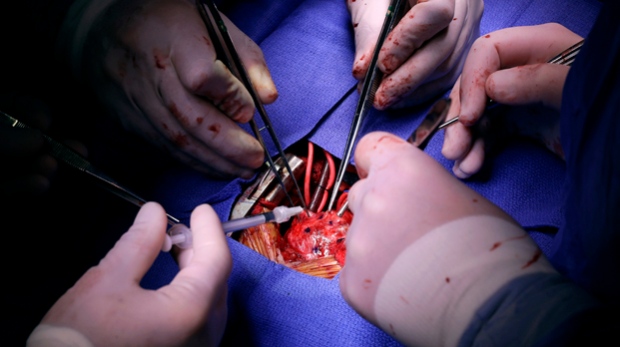 MONTREAL — A brand new microcatheter called Mamba, designed to improve and facilitate the unblocking of coronary arteries, was used for the first time in Canada this week during surgery at the Sacre-Coeur Hospital in Montreal.

Hatem has a subspecialty in high-risk procedures and has already handled the Mamba tools range during a demonstration of the product in Texas.

In addition, the Sacre-Coeur hospital intends to be a centre at the cutting edge of interventional cardiology, which gives it first tries when new technological tools are launched.

The Mamba line of micro-catheters is already in use in the United States and Europe, but it was in Montreal that the equipment was first used on a patient in Canada. The operation took place late Wednesday morning and was a success according to Hatem.

“We needed more than three hours, it was very difficult, but the technology did the job,” said the cardiologist in a telephone interview just after the operation.

Hatem explained that on a regular basis, the coronary arteries become blocked by a build-up of cholesterol plaques, which leads to an acute infarction or what is called a heart attack. Cholesterol, however, remains a more malleable and easier to cleanse material inside the artery once the patient is in the operating room.

However, some patients develop chronic coronary occlusion over many years, and the material then tends to calcify inside the artery. This is what greatly complicates the work of cardiologists, and it is precisely in these complex cases that Hatem specializes. He has studied this aspect at Columbia University in New York.

A ROBUST AND TAPERED MICROCATHETER

If a patient’s arteries are heavily calcified, regular microcatheters have difficulty resisting material and breaking through the occlusion.

According to Hatem, it is also not uncommon for the tip of the microcatheter to break during the operation, which forces the cardiologist to have to interrupt the procedure to retrieve the tool before inserting a new device and to continue the work.

“As far as the Mamba goes, what is quite unique is that the end is much stronger. In addition, thanks to the very tapered profile of the microcatheter, its ability to pass through a severe blockage is excellent,” said Hatem.

Post-operation, it seems the Mamba answered the call and lived up to Hatem’s expectations.

The Mamba will now be part of his toolbox.

The Canadian Press was able to speak with Nicole Massicotte, the first patient to benefit from the Mamba in Canada. The 68-year-old has suffered from heart problems for several years. She also suffered a stroke in 2011, and for the past year, she has been living with pain related to angina.

She was diagnosed with “silent angina” after an examination, she says. This condition put her at risk and required a rapid intervention. She then learned that she would be the first to benefit from the new coronary unblocking tool.

“I was told that the chances of success were 90 per cent, so it was very reassuring,” she said.

Massicotte added that she was anxious to resume active walking and to get back on her bike.

According to her doctor, she should be able to go home no later than 48 hours after the procedure. 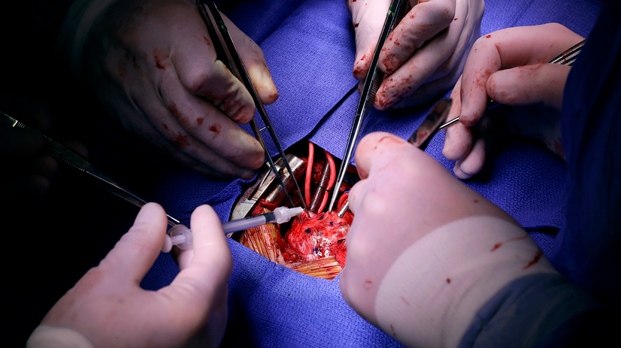