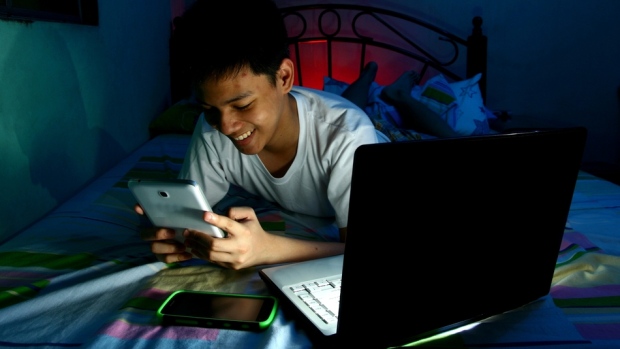 The ills of excessive screen time have been well-documented, but a recent study just identified another possible risk.

Children between the ages of 9 and 11 in the U.S. who have more screen time are more likely to develop binge eating disorder (BED) one year later, the study found — and social media is a main culprit.

“Children may be more prone to overeating while distracted in front of screens,” Jason Nagata, assistant professor of pediatrics at the University of California, San Francisco and lead author of the study, said in a news release.

MOST COMMON EATING DISORDER IN THE U.S.

Binge eating disorder is characterized by recurrent, short episodes of high food consumption — or binging — often accompanied by a feeling of loss of control. People who suffer from BED typically feel distress or guilt following the binge, researchers said.

BED is the most common eating disorder in the United States, and affects people both overweight and average weight. It begins most often in the late teens or early 20s.

But some common screen-related pastimes might make way for earlier diagnoses.

“Binge-watching television may lead to binge-eating behaviors because of overconsumption and a loss of control,” Nagata said in the press release.

This overconsumption, partnered with social media — which may provoke negative body image in children, the release said — can create the conditions for binge eating.

While previous research had examined associations between screen time and mindless eating or overeating, Dr. Natalie D. Muth, chair of the American Academy of Pediatrics Section on Obesity, told CNN that the new study looks at binge eating specifically.

Still, she said, it is important to recognize that this study points to an association — not causation.

“It’s not clear that screen time actually causes binging,” she said. “It could be that there’s something else — perhaps depression or boredom — that’s leading to both behaviors.”

COVID-19 has not only made life worse for eating disorder sufferers — it has heightened screen time for adults and children alike.

“The COVID-19 pandemic has led to kids spending so much time on screens for both school and entertainment, given a huge void in extracurriculars,” Muth said.

She said the American Academy of Pediatrics has seen an increase in obesity and eating disorders since COVID-19 emerged, raising concerns among experts about post-pandemic consequences.

“Once we get through this pandemic, we are going to be dealing with the mental health fallout for children and adolescents for a while,” she said. “Part of that is going to be related to screen time addictive behaviors and eating problems, including binging.”

PARENTS CAN BE PROACTIVE

The pandemic has encouraged prolonged screen-based behaviors, and often necessitated it via online schooling. But parents can pursue strategies to keep risks at a minimum.

Muth recommends scheduling meal and snack times as much as possible, with limited distractions. She said parents should not allow, or strongly discourage, eating while on a screen or device.

Sleep is important, too, Muth said, since increased eating behaviors tend to occur later in the evenings. She recommends no screen time within an hour of bedtime. Parents can disallow devices in childrens’ rooms to this end, she said.

It is important that parents model healthy relationships with food and also practice these tips.

But if parents notice concerning behaviors in their children, Muth said, they can talk to them in open-minded ways to better understand what’s going on — and seek help if concerned that their child’s eating habits have gotten out of control.

While the study was conducted before the outbreak of COVID-19, its findings prove timely and highlight the need for more research on correlations between screen time and adolescent well being, the release said. 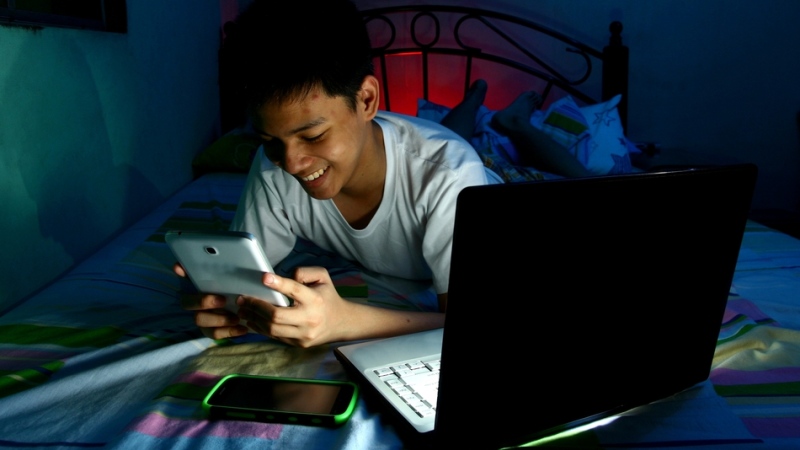