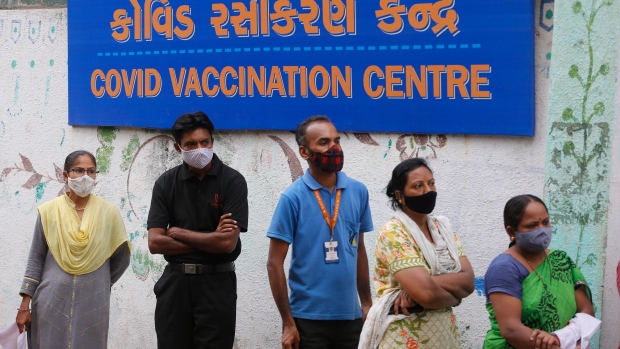 More than two-thirds of India’s population may have COVID-19 antibodies, according to a new serological survey released Tuesday, providing yet more evidence the virus may have spread far more widely than official figures suggest.

About 67.6% of Indians surveyed above the age of 6 showed antibodies, according to the nationwide study, which was conducted between June and July by the government-run Indian Council of Medical Research (ICMR). The survey covered 70 districts in 21 states, with 28,975 participants.

Our immune systems develop antibodies either induced by vaccination, or in response to infection. The majority of survey participants, 62%, had not received a vaccine; about a quarter had gotten their first dose.

The study marks a dramatic jump from just a few months ago — at the start of the year, less than one quarter of participants were showing antibodies, according to the last national serological survey.

But in the months between the two surveys, India was devastated by a massive second wave, which overwhelmed the medical system and left people dying outside hospitals, waiting for oxygen or an open bed. The wave lasted from April through June, infecting millions and killing tens of thousands.

The study’s findings, combined with a slow vaccination rollout, raise concerns about the possibility of a third wave of infections, according to ICMR Director General Balram Bhargava.

“More than half of the children (6 to 17 years old) were sero-positive, and sero-prevalence was similar in rural and urban areas,” he said — but “states, districts and areas without antibodies run the risk of infection waves,” meaning about 400 million people will still be vulnerable if a third wave hits.

Active immunity, meaning protection against a disease, is often measured by the presence of antibodies — proteins in the blood, made by the immune system to help fight infections, acquired either through prior infection or vaccination.

Vaccinations have picked up in the past two months after the second wave began subsiding — but the country is still nowhere near its goals. So far, only 6.35% of India’s 1.38 billion population has been fully vaccinated, according to data from Johns Hopkins University.

And the country is still recovering from the second wave. Though daily new infections and the active caseload have steadily dropped, government officials are now repeatedly warning the public against complacency.

“I would like to emphasize today that at hill stations and in markets, the large crowds who are not wearing masks or following protocols is an issue of great concern,” said Prime Minister Narendra Modi last week, after photos emerged of tourists flouting COVID-19 protocols in vacation destination towns. “This is not right.”

Health workers and scientists have long warned that the real toll of cases and deaths are likely much higher than reported, pointing to the discrepancy between official figures and the sero-surveys.

So far, India has reported about 31.2 million confirmed cases, according to Johns Hopkins University — less than 3% of its total population, and drastically lower than the proportion of survey respondents showing antibodies.

There are several reasons behind the gap in reporting, including poor infrastructure, human error, and low testing levels.

Though testing rates have increased since the start of the year, there are different case reporting structures across different cities and states — and poorer residents might not be able to afford the time off work to get tested, or to travel to a test centre.

Underreporting is prevalent in more rural parts of the country, where there are often logistical issues like missing information in the national medical database.

A working paper published Tuesday by the U.S.-based Center for Global Development found that the number of excess deaths reported during India’s pandemic could be up to ten times the official death toll — underlining just how severe the underreporting problem is.

Between 3.4 and 4.9 million estimated excess deaths were reported in India between January 2020 and June 2021,said the paper — compared to the Indian health ministry’s reported death toll of approximately 400,000.

When asked about the underreported deaths in parliament on Tuesday, Mansukh Madaviya, India’s newly-appointed health minister, said the government has “no reason to hide deaths.”

The study was based on three different estimates of excess deaths, using India’s seroprevalence studies, excess death data from India’s civil registration system, and mortality surveys from the Center for the Monitoring of the Indian Economy.

Each of these estimates have their limitations, and the number of excess deaths reported do not necessarily equate to COVID-19-specific deaths, the study acknowledged.

But it concluded that the first wave of the pandemic was “more lethal than is popularly believed,” and that their estimates show a higher number of excess deaths reported during the first wave than the second.

“Regardless of source and estimate, actual deaths during the Covid pandemic are likely to have been an order of magnitude greater than the official count,” the study noted. “True deaths are likely to be in the several millions not hundreds of thousands, making this arguably India’s worst human tragedy since partition and independence.”