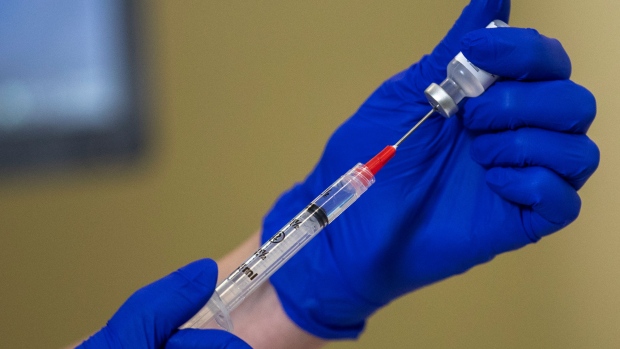 TORONTO — As the vaccine rollout picks up, a sweeping new national survey is looking for more than half a million Canadians willing to provide information on any adverse events that occur after vaccination.

Researchers are looking for more than 600,000 Canadians to help them study the new COVID-19 vaccines in real time now that most of the official drug company studies and trials have concluded.

“We hope to quickly recruit recruit people into this project in order to monitor safety right from the get go,” Dr. Matthew Muller, an infectious disease specialist with St. Michael’s Hospital in Toronto, told CTV News.

Those who sign up for the research project launched by the Canadian National Vaccine Safety (CANVAS) Network will be asked to fill out three surveys after vaccination, the last being six months after their second dose, detailing any problems they experienced — or if there were none at all.

The vaccines currently approved by Health Canada were proven safe for the general public during clinical trials, but although side effects and more serious adverse reactions are rare, they do occur.

“For full transparency, we should be able to say to everybody ‘we’re keeping our eye on this and we’re continuing to monitor for safety,’ even after those phase three trials to make sure that nothing changes,” Muller said.

“To be absolutely certain, it’s better to have longer follow up and have bigger numbers, so that we would recognize any unusual side effect that might be occurring.”

Ottawa already has a database to track adverse events. According to the evidence compiled by the government so far, the vaccines are safe, with only 0.078 per cent of people reporting side effects. The majority of these are minor, including short-lived fevers and sore arms. A few major side effects have been recorded, such as severe allergic reactions, which are under investigation.

This existing framework for reporting adverse reactions is voluntary, leaving holes in the data.

But researchers say their study will offer a more accurate picture because it will compare the results to a control group of unvaccinated Canadians.

Along with enrolling roughly 300,000 volunteers for each of the two vaccines currently approved in Canada, the study is looking for 50,000 participants who will not receive the vaccine in the study period, in order to measure which side effects are truly out of the ordinary. It’s an opportunity for those who are lower down on the list for vaccines to contribute to COVID-19 research.

“One of the goals of this type of research is really to provide assurance that the vaccine is working the way we expect it to,” Julie Bettinger, an associate professor in pediatrics and lead investigator for the CANVAS Network, told CTV News.

“If we see anything to sort of put up a flag that, hey, we’re seeing something happening at a rate higher than what we saw in the clinical trials, we might need to investigate this to see if there is anything there.”

The study also wants to track populations who haven’t been well-studied, such as people who are pregnant and breast-feeding, people with underlying health problems and people with auto immune disorders.

Participants will be sourced from across the country, including residents of B.C., Yukon, Alberta, Ontario, Quebec, Nova Scotia and P.E.I.

Muller said that one of the bonuses of this type of study is that while researchers are monitoring for unusual side effects, it’s “more likely” that they won’t locate anything we don’t already know about, and “therefore provide a lot of reassurance to any Canadians that are hesitating in their decision about being vaccinated.”

The presence of side effects isn’t a cause for alarm if they’re mild. Side effects can be a good thing — a sign that the vaccine is triggering an immune response.

Mueller has been vaccinated, and said he felt relieved when he felt some mild side effects.

“With the second dose, I felt a little bit of fatigue for about eight hours, and a little bit more of a sore arm, and I was quite happy to have those effects to really reassure myself that I’d actually gotten the vaccine,” he said.

The scientists plan to track new vaccines as they are approved, and regularly release data every few weeks on what they are finding. 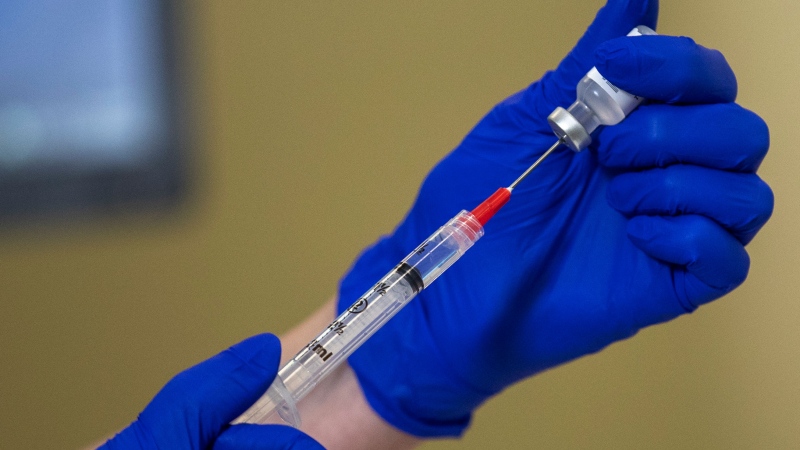