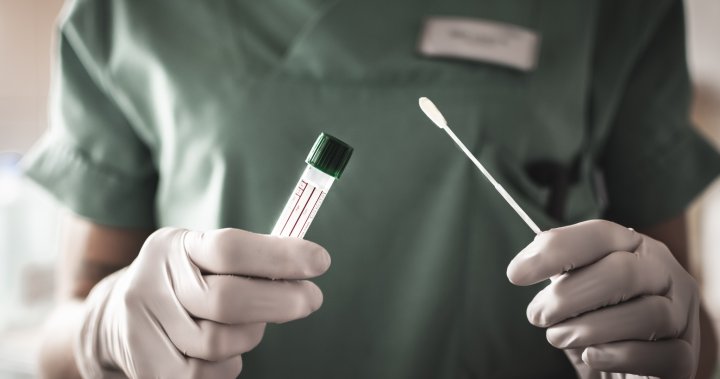 Ontario reported 102 new cases of the novel coronavirus on Wednesday, bringing the provincial total to 40,972.

Wednesday’s case count is a slight decrease from Tuesday which reported 125 new cases.

The death toll in the province has decreased by one to 2,792.

Meanwhile, 37,215 Ontarians have recovered from COVID-19, the disease caused by the virus, which is 90 per cent of known cases. Resolved cases increased by 89 from the previous day.

All other public health units across Ontario reported zero or fewer than five new cases.

“Locally, 30 of the province’s 34 public health units are reporting five or fewer cases, with 17 of them reporting no new cases,” Ontario Health Minister Christine Elliott said.

Hospitalizations, ICU admissions and vented patients are all largely stable. As always, today’s numbers will be available at 10:30 a.m. at https://t.co/ypmgZbVRvn

The province notes that not all cases have a reported age or gender.

Ontario has completed 2,656,928 tests so far for the virus. This is up 25,642 tests from the previous day. There are 15,490 people currently under investigation awaiting test results.

Ontario has 42 people hospitalized due to COVID-19 (up by one from the previous day), with 15 patients in an intensive care unit (unchanged) and 10 patients in ICUs on a ventilator (unchanged).

The newly reported numbers for Wednesday’s report are valid as of 2 p.m. Tuesday for Toronto, Ottawa and Middlesex-London public health units, and 4 p.m. Tuesday for the rest of the province.

According to the Ministry of Long-Term Care, there have been 1,847 deaths reported among residents and patients in long-term care homes across Ontario, which remains unchanged from the previous day. There are 10 current outbreaks in homes, a decrease of two. Eight health-care workers and staff in long-term care homes have died.