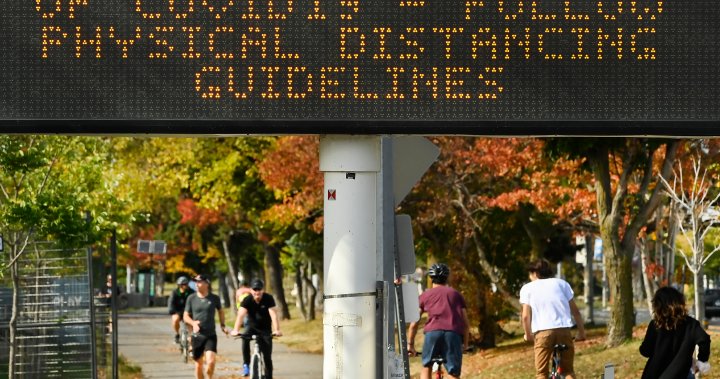 The province notes that not all cases have a reported age or gender.The province also notes that the number of cases publicly reported each day may not align with case counts reported by the local public health unit on a given day. Local public health units report when they were first notified of a case, which can be updated and changed as information becomes available.The death toll in the province has risen to 2,988 as one more death was reported.Meanwhile, 47,613 Ontarians have recovered from COVID-19, the disease caused by the virus, which is 84 per cent of known cases. Resolved cases increased by 707 from the previous day.The newly reported numbers for Wednesday’s report are valid as of 2 p.m. Tuesday for Toronto, Ottawa and Middlesex-London public health units, and 4 p.m. Tuesday for the rest of the province.More to come. View link »