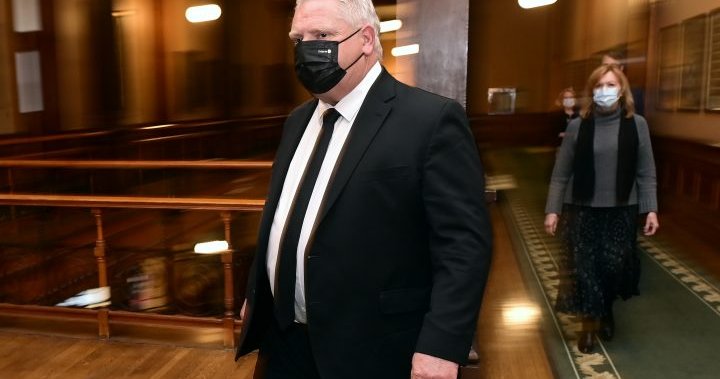 TORONTO — The Canadian Press has learned that the Ontario government is expected to backtrack on new police powers to enforce anti-pandemic measures.

A source with knowledge of the discussions – but who was not authorized to speak publicly about them – says a “scoping-down” clarification is currently being approved.

The new powers allow police to stop anyone at random and ask why they’re not at home and where they live.

Civil libertarians and politicians denounced them as overkill.

Police forces across the province also said they would not be stopping drivers or others at random.

Global News has learned the province is also reconsidering the closure of playgrounds provincewide, something that also drew sharp criticism.

— With files from Ryan Rocca and Travis Dhanraj