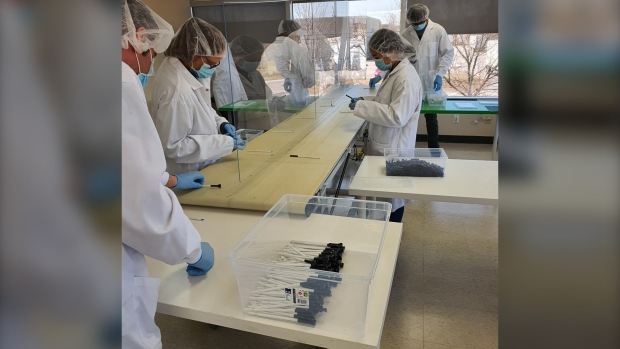 OTTAWA — An Ottawa-area company is drastically increasing its production of medical test swabs, in partnership with another Ottawa company making a new kind of COVID-19 testing device.

L-D Tool & Die, based in the Ottawa suburb of Stittsville, specializes in plastic injection moulding and product assembly. It has partnered with Spartan Bioscience, of Kanata, to produce their new portable COVID-19 test.

“About twenty years ago Paul Lem came into my company and we just clicked and hit it off and I helped him in whatever way I could and look what it’s become today,” Dickson said. “Paul is a brilliant scientist and he’s come up with this, let’s call it a concoction, that can tell whether you’ve got the coronavirus or not.”

Dickson said the company isn’t making anything new. They’re making the cheek swabs that go along with the device by Spartan, but they need to ramp up production because the federal government is now backing Spartan to make more of the tests.

Right now, he says, the company can make about two-thousand swabs a day, but he’s doubling his workforce to ensure a tenfold increase in production.

“On Monday we hired 23 people. We ripped out walls in the building and put down clean floors and built a laboratory area,” he said. “In about three weeks’ time we’re going to have another twenty-odd people and then three weeks later we’ll have another 25 people coming. It’s a major ramp-up for us, about 70 to 75 people.”

Dickson said he’s looking for people who are dextrous and who ideally have some assembly line experience.

“It broke my heart over the weekend, I got nearly 350 emails from people looking for work,” he said. “We’re actually pretty full for now and we’ll worry about what happens in a month’s time.”

Dickson said he’s a proud Canadian and is happy to help in the effort to combat COVID-19, but he doesn’t feel he’s important.

“I’m just doing my job,” he said. “I think it’s wonderful how everyone’s pulling together.” 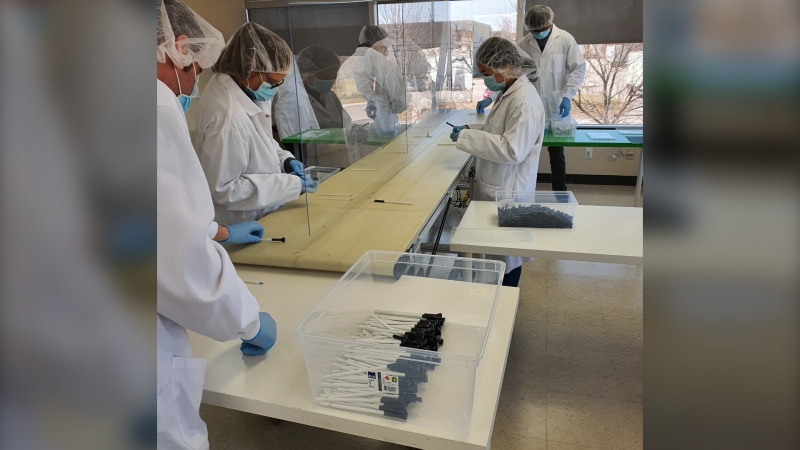