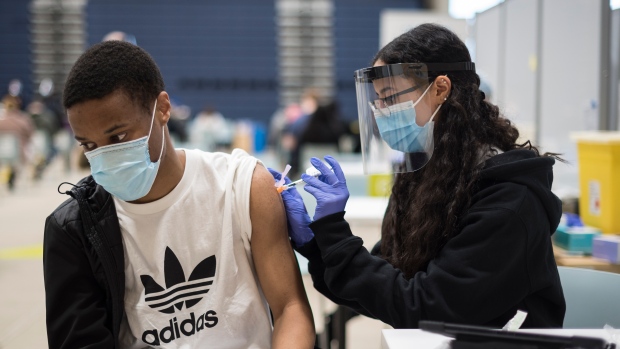 TORONTO — While Ontario has been ramping up its vaccination efforts and expanding eligibility to youth, an Ottawa-based family physician says primary care doctors like herself are being left behind on the roll-out process.

Dr. Nili Kaplan-Myrth’s pop-up vaccination blitzes, which she calls “Jabapalooza,” have helped hundreds of Ottawa residents get their shots, delivering over 200 doses within a single day.

But her plans for a third Jabapalooza on May 29 had been thrown in jeopardy after running into difficulty securing enough supply.

“We had booked all of our patients, originally for a ‘Jabapalooza’ on May 29. And then we were told by public health that they didn’t have instruction yet, or direction from Ontario, to say that they would be able to give any family doctors in Ottawa the vaccine,” Kaplan-Myrth said told CTV News Channel on Sunday.

Kaplan-Myrth rescheduled her Jabapalooza to June 5, but she’s not happy with the lack of support from provincial health officials.

“I can’t even beg, ‘please have a few boxes of vaccine sent to my office, so that we can give a few hundred doses.’ It just doesn’t make any sense. All of my colleagues in family medicine feel the same way and now the pediatricians will feel the same way too,” said Kaplan-Myrth.

While the province opened up vaccine eligibility for children ages 12 and up, Kaplan-Myrth isn’t able to administer any vaccines to teenagers. She says many family physicians like herself aren’t getting the Pfizer vaccine, the only vaccine currently approved for children.

“In the meantime, pharmacies are being given the vaccine. It just doesn’t make any sense,” Kaplan-Myrth said.

The Ontario College of Family Physicians has also been calling for more availability of mRNA vaccines like Pfizer and Moderna for primary care doctors. College president Dr. Elizabeth Muggah announced in a letter earlier in May that the province has committed to distributing some of the Moderna and Pfizer allotments arriving in May towards family doctors.

Kaplan-Myrth also noted that family physicians can make the vaccination process much easier for people who may have difficulty navigating the various online booking portals or are unable to travel long distances to get to a pop-up clinic.

“If Ontario really wanted this to work, they would have given it to all the family doctors and as well to the pediatricians, so that we could participate, and we could ensure we addressed all the patients who have difficulty accessing the system. People who can’t just follow Vax Hunters and drive 500 kilometres to get the vaccine.” said Kaplan-Myrth. 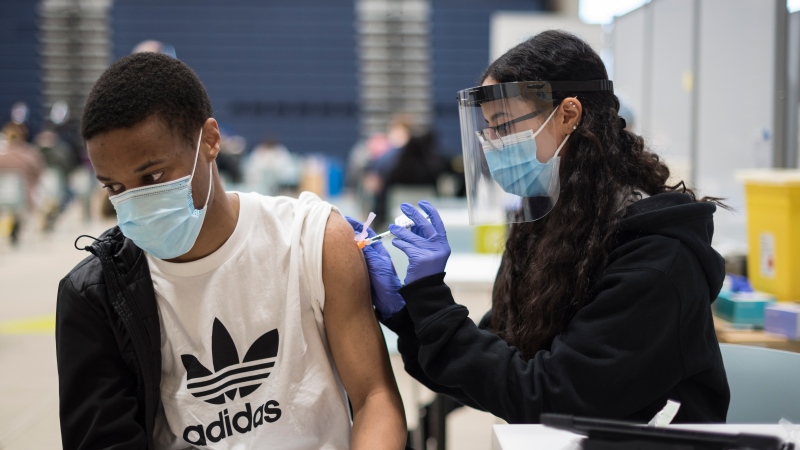