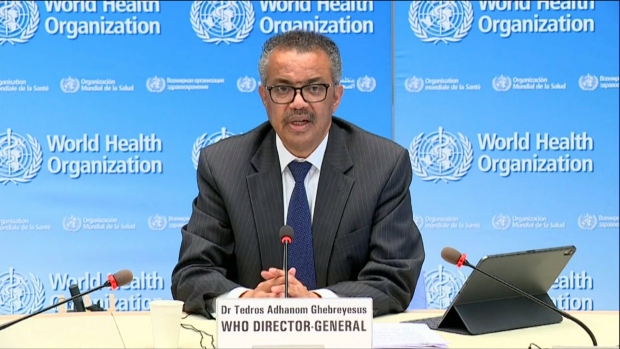 TORONTO — After a record number of new COVID-19 cases were reported worldwide over the weekend, the head of the World Health Organization (WHO) is warning that the pandemic is worsening despite some regions having appeared to slow its spread.

WHO Director-General Tedros Adhanom Ghebreyesus said Tuesday that the world has “clearly not reached the peak of the pandemic” and the “outbreak is accelerating.”

Ghebreyesus acknowledged that while the number of infections appears to have levelled off globally, some countries such as the United States and Brazil continue to see a surge in cases.

“In reality, some countries have made significant progress in reducing the number of deaths, while in other countries, theirs are still on the rise,” Ghebreyesus said in a virtual press conference.

The comments come after the WHO said its member nations reported more than 212,000 new COVID-19 cases on Saturday, the highest single-day total and increase since the start of the pandemic. The numbers were reported amid Fourth of July celebrations, which U.S. health officials said may add to increasing case numbers in the coming weeks.

Ghebreyesus commended the countries who have made progress in reducing their case numbers and deaths for implementing “targeted actions towards the most vulnerable groups,” including for those living in long-term care facilities.

He added that the WHO is sending a team of experts to China this weekend to gain a better understanding of the origins of COVID-19.

“The mission objective is to advance the understanding of animal hosts for COVID-19 and ascertain how the disease jumped between animals and humans,” Ghebreyesus said.

Scientists who have studied the virus point to bats as the likeliest source of transmission to humans. The earliest reported cases of COVID-19 were linked to a live animal market in Wuhan that sold exotic species.

There have now been more than 11.6 million cases of COVID-19 confirmed around the world, as well as more than 539,000 deaths, according to a tally kept by Johns Hopkins University. However, with shortages of testing materials across the globe, the WHO says the exact number of COVID-19 cases is unknown. 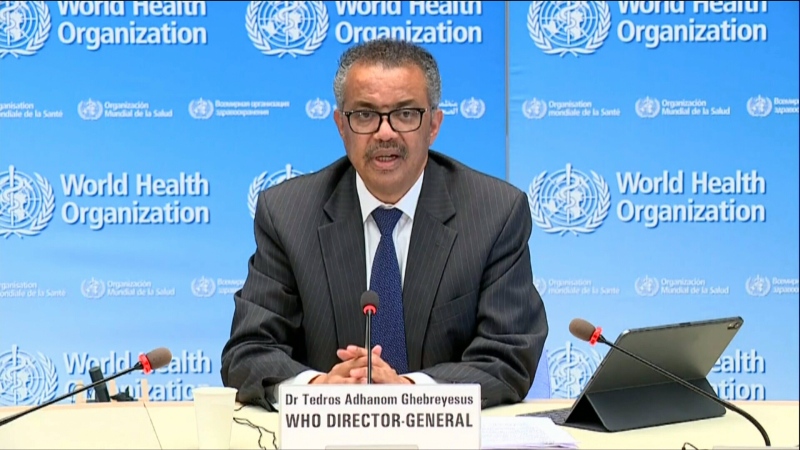