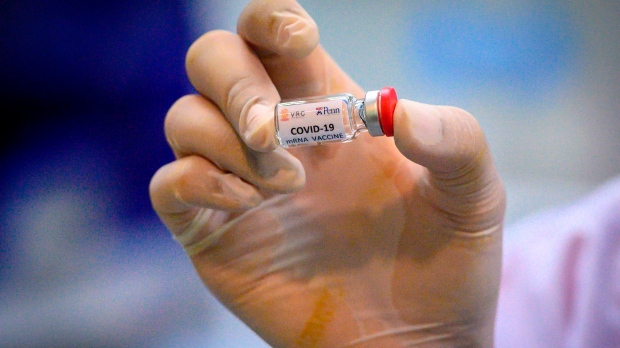 Vaccine experts are warning the American government against rushing out a coronavirus vaccine before testing has shown it’s both safe and effective. Decades of history show why they’re right.

Their concern that the Food and Drug Administration may be moving too quickly heightened when FDA Commissioner Dr. Steven Hahn told the Financial Times that his agency could consider an emergency use authorization (EUA) for a COVID-19 vaccine before late stage clinical trials are complete if the data show strong enough evidence it would protect people.

The commissioner has the authority to allow unapproved medical products to be used in an emergency when there are no adequate or approved alternatives. An EUA is not the same as full approval and it can be withdrawn.

That’s what happened with hydroxychloroquine and chloroquine. The FDA granted an EUA to the drugs — much praised by U.S. President Donald Trump — on March 28. It subsequently revoked its EUA in June after studies showed they were not effective and could also potentially cause serious heart problems.

For a vaccine to be FDA approved, scientists must gather enough data through clinical trials in large numbers of volunteers to prove it is safe and effective at protecting people against a disease. Once the data is collected, FDA advisers usually spend months considering it.

An EUA is much quicker. Only once before has the FDA given a vaccine this lesser standard approval of an EUA, but it was in an unusual circumstance. Soldiers had sued, claiming a mandatory anthrax vaccine made them sick, and a judge put a hold on the program. The Department of Defense asked for an EUA that then overrode the court ruling in 2005, so it could continue vaccinating military personnel — this time on a voluntary basis.

Otherwise, vaccines have had to go through the entire clinical trial process and FDA approval process, which can take months or years.

When the vaccine making process has been rushed, there have been bad outcomes.

On April 12, 1955, the government announced the first vaccine to protect kids against polio. Within days, labs had made thousands of lots of the vaccine. Batches made by one company, Cutter Labs, accidentally contained live polio virus and it caused an outbreak.

More than 200,000 children got the polio vaccine, but within days the government had to abandon the program.

“Forty thousand kids got polio. Some had low levels, a couple hundred were left with paralysis, and about 10 died,” said Dr. Howard Markel, a pediatrician, distinguished professor, and director of the Center for the History of Medicine at the University of Michigan. The government suspended the vaccination program until it could determine what went wrong.

However, increased oversight failed to discover another problem with the polio vaccine.

“The way they would grow the virus was on monkey tissues. These rhesus macaques were imported from India, tens of thousands of them,” medical anthropologist S. Lochlann Jain said. “They were gang caged and in those conditions, the ones that didn’t die on the journey, many got sick, and the viruses spread quickly,” added Jain, who taught a history of vaccines course at Stanford and is working on a publication about the incident. Scientists wrongly thought the formaldehyde they used would kill the virus. “It was being transferred to millions of Americans,” Jain said.

“Many believe this issue wasn’t adequately pursued,” Jain said. Some studies showed a possible link between the virus and cancer. The U.S. Centers for Disease Control website, however, said most studies are “reassuring” and find no link.

No current vaccines contain SV40 virus, the CDC says, and there’s no evidence the contamination harmed anyone.

THE EPIDEMIC THAT NEVER WAS

In 1976, scientists predicted a pandemic of a new strain of influenza called swine flu. More than 40 years later, some historians call it “flu epidemic that never was.”

“President Ford was basically told by his advisers, that look, we have a pandemic flu coming called swine flu that may be as bad as Spanish flu,” said Michael Kinch, a professor of radiation oncology in the school of medicine at Washington University in St. Louis. His latest book, “Between Hope and Fear,” explores the history of vaccines.

“Ford was being cajoled to put forward a vaccine that was hastily put together. When you have a brand new strain situation like that, they had to do it on the fly,” Kinch said.

Ford made the decision to make the immunization compulsory.

The government launched the program in about seven months and 40 million people got vaccinated against swine flu, according to the CDC. That vaccination campaign was later linked to cases of a neurological disorder called Guillain-Barre syndrome, which can develop after an infection or, rarely, after vaccination with a live vaccine.

“Unfortunately, due to that vaccine, and the fact that it was done so hastily, there were a few hundred cases of Guillain-Barre, although it’s not definitive that they were linked,” Kinch said.

The CDC said the increased risk was about one additional case of Gullain-Barre for every 100,000 people who got the swine flu vaccine. Due to this small association, the government stopped the program to investigate.

“It was kind of a fiasco,” Markel said. “The good news is that there never was an epidemic of swine flu. So we were safe, but that shows you what could happen.”

GROWING DISTRUST IN THE U.S.

It took several incidents for people to start distrusting vaccines. Even after thousands of kids got sick from the first polio vaccine in 1955, when the program restarted, parents made sure their children got vaccinated. They had clear memories of epidemics that paralyzed between 13,000 and 20,000 children every year. Some were so profoundly paralyzed that they could not even breathe easily on their own, and relied on machines called iron lungs to help them breathe.

“Parents were pushing their kids to get to the head of the line to get the polio vaccine, because they had seen epidemics every summer for years, and saw kids in iron lungs and they were terrified,” Markel said.

“You’ve got civil rights, when people see the cops beating the hell out of people on TV. You’ve got the Vietnam War where people start to get disgusted with the killing. You’ve got Watergate when the president is literally lying through his teeth,” Markel said. “That led to a real distrust of authorities and federal government, and it extended to doctors and scientists. And, that’s only progressed as time has gone along.”

Markel said people’s mistrust of the system makes the idea that the FDA would rush this process before late stage clinical trials are complete “colossally stupid.”

“This is one of the most ridiculous things I’ve heard this administration say,” Markel said. “All it takes is one bad side effect to basically botch a vaccine program that we desperately need against this virus. It’s a prescription for disaster.”

FDA Commissioner Hahn said that the vaccine decision will be based on data, not politics, but Kinch shares Markel’s concern.

“This could do substantial damage,” Kinch said. Kinch, who is a patient in one of the vaccine trials himself, said the clinical trial process needs to be followed to the end. A too-early EUA for a vaccine could cause a “nightmare scenario,” for a few reasons.

One, the vaccine may not be safe. Two, if it is not safe, people will lose faith in vaccines. Three, if a vaccine doesn’t offer complete protection, people will have a false sense of security and increase their risk. Four, if a substandard vaccine gets an EUA, a better vaccine may never get approval, because people would be reluctant to enroll in trials and risk getting a placebo instead of a vaccine.

“People are going to die unnecessarily if we take chances with this,” Kinch said. “We’ve got to get this right.” 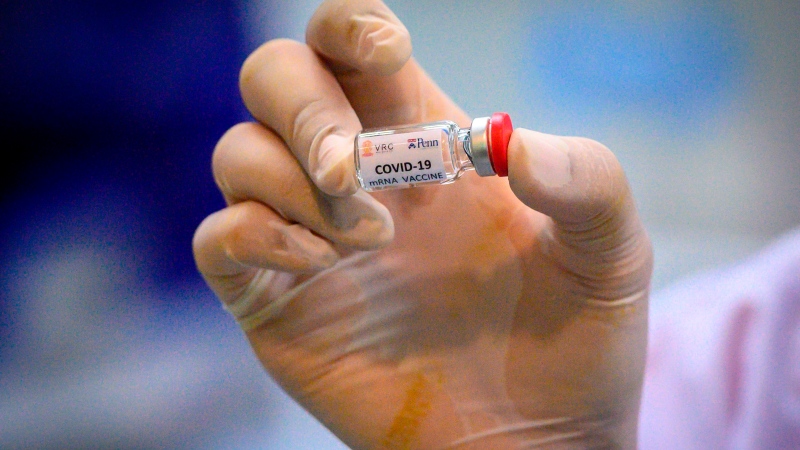