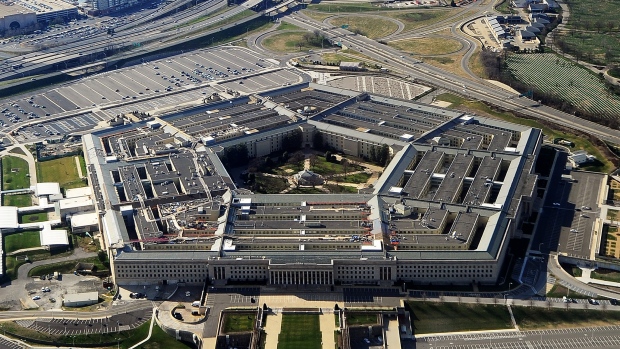 Despite having committed to transferring 2,000 ventilators in military stocks to the Federal Emergency Management Agency and the Department of Health and Human Services to fight the coronavirus outbreak, the Pentagon has not shipped any of them because the agencies have not asked for them or provided a shipping location, the Pentagon’s top logistics official said Tuesday.

In order to ship the badly needed equipment, the Defense Department has to be given a location to send them by civilian authorities who have to decide where the items are most needed.

“There was discussion with HHS on where to send them. And then they said hey wait, we’re trying to take a look at the demand that’s required, and so we were asked to just wait while there was just some sorting through on that. And I won’t speak on behalf of them, but we were in a position to provide 2,000,” said Lt. General Giovanni Tuck.

Tuck said he had no details on the HHS decisions, but added that “we haven’t provided any, because as of last night, we were asked to just hold on the ones that we have, and then we will push them when they’re ready for them.”

He emphasized there are 1,000 ventilators fully ready to be shipped as soon as the Pentagon gets a destination of where to send them. The other 1,000 can also be assembled and shipped within days of getting the order he indicated.

The uncertainty comes as health experts continue to say there is a serious need for more respirators and ventilators to deal with the surge of coronavirus patients at hospitals across the country. Medical professionals have also asked for help related to testing for the virus but several days after Pentagon officials offered to assist in this area, it remains unclear if they have begun to do so.

Civilian Pentagon officials had repeatedly said they are making ventilators and five million N-95 respirator masks available. So far only 1.5 million masks have been shipped by the Pentagon. Another 500,000 are to be shipped within days.

But HHS and FEMA have given DoD no indication of when or where they precisely want the other three million items to go.

An HHS official told CNN that, “many of the DOD ventilators are deployable ventilators and require special training while the ventilators in the HHS Strategic National Stockpile (SNS) are the types of ventilators commonly used by US hospitals and are better suited for immediate use.”

The same official pointed out that other ventilators have been deployed with military deployments, like those aboard Navy hospital ships in California and New York who are treating non-Covid-19 patients.

FEMA spokeswoman Lizzie Litzow did not comment on the fact that the Pentagon’s ventilators have not been deployed but said the government is working to ensure “ventilators are shipped to the states in the amount needed to manage the immediate crisis. In the case of ventilators, immediate is defined as requirements necessary to sustain life within a 72-hour window.”

On March 17 Defense Secretary Mark Esper told reporters at a briefing that the department is prepared to distribute up to 2,000 ventilators “as needed.”

“We are prepared to distribute to HHS up to 2,000 deployable ventilators for use as needed. These machines are different from their civilian equivalents and require special training to operate, but we are committed to supporting HHS’s requirements in any way we can,” he said at the time.

“The department has made our 14 certified coronavirus testing labs available to test non-DOD personnel as well, and we will soon offer two additional labs for that purpose. We hope this will provide excess capacity to the civilian population,” Esper added.

During that briefing, Esper acknowledged that “when you look at the numbers of people that are projected that may need ventilators, 2,000 doesn’t put much of a dent into it, but we can offer what we have.”

Unclear if Pentagon has tested civilians

Additionally, it remains unclear if the Pentagon has tested any civilian patients for the virus more than two weeks after Esper said it had offered to do so.

“We are not maxing our capacity in our labs around the world,” Joint Staff Surgeon Brig. Gen. Paul Friedrichs said at a Pentagon press conference last week, adding that the Defense Department is currently operating 16 labs capable of conducting the test.

“We have not received an RFA, a request for assistance, from HHS that I’m aware of,” he said. “But we do have capacity in some of our labs. We’ve identified that to HHS.”

“HHS has submitted an initial request for assistance to DOD and both departments are in the process of assessing the capabilities to partner on testing,” the statement from HHS said.

CNN has reached out to the Pentagon for an update but has not yet received a response.

Meanwhile, the military continues to grapple with an increasing number of positive cases within its ranks.

As of Tuesday morning, 716 US service members had tested positive for the virus. and The first military death related to Covid-19 was announced on Monday.

The surging cases are the latest sign that the virus has become a national security challenge.

Beyond its spread within the armed forces, top US commanders around the globe had previously expressed concerns that as allies shut down borders and travel, there’s a risk that military readiness may start degrading, according to several defense officials.

Still, the Department of Defense stressed in a news release Monday that it has “adopted dramatic mitigation measures to protect service members, civilian employees, contractors and their families from Coronavirus.”

“These include mandating social distancing, termination of certain work and training activities and providing testing and care for our community members.”