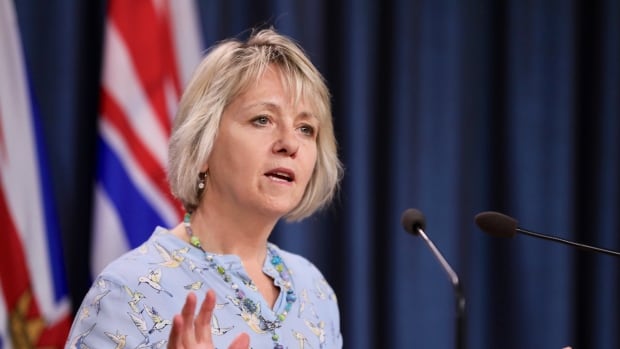 B.C. health officials believe physical distancing restrictions are successfully beginning to slow the number of new cases of COVID-19 in the province by half.

However, officials said the province is not out of the woods and the health-care system still needs to be prepared for an inevitable surge in hospitalizations.

“I’m trying not to over-call it, but I do believe we’ve seen a flattening, a falling-off of that curve,” Henry said, referring to the growth of new COVID-19 patients.

“We think that we’ve reduced that quite dramatically. What we need, though, is for everybody to continue to pay attention to these measures so we can continue to prevent transmissions in our communities … for the coming weeks.”

A new report released Friday has also found the province is “reasonably” prepared to handle the influx of patients, with 17 of its biggest hospitals now identified as primary COVID-19 treatment sites.

Officials believe those 17 sites, which are spread across all of the province’s health authorities, have enough capacity to meet the expected demand. If they don’t, the province said additional centres are being prepared to care for the overflow.

The report comes after the officials compared the estimated trajectory of new cases in B.C. with the case growth in two areas with some of the most severe coronavirus outbreaks in the world to date: northern Italy and China’s Hubei provinces.

Taking those two regions’ experiences as lessons, B.C. looked at its own health-care system to determine whether the province has enough beds and ventilators to treat everyone who would need help if the worst-case scenarios became reality.

The modelling, Henry stressed, is not a prediction of where B.C. is headed, but valuable data put together to help the province prepare its health-care system.

The 17 major hospitals identified in Friday’s report are the province’s largest, with the highest level of expertise and capacity for critical care.

The report found those hospitals would be enough to handle an outbreak as severe as the one seen in China’s Hubei province, where the pandemic originated.

A briefing offered Friday showed the province would be immediately overwhelmed if it saw a scale of COVID-19 cases similar to that in northern Italy. However, officials said the model shows B.C. is already developing a “cascading” approach to free up additional hospital and other capacity over time.

The province also believes it should then have enough ventilators to meet demand, even in an Italy-like scenario, assuming 80 per cent of patients in intensive care units (ICU) needed to be ventilated.

Lombardy, the northern region of Italy which includes Milan, saw Europe’s largest coronavirus outbreak and its hospitals were quickly overwhelmed.

B.C. has proactively freed up thousands of hospital beds by deferring non-essential surgeries, which is something that didn’t happen in overwhelmed countries like Italy.

As of Thursday, cancelling those non-essential surgeries had freed up around 3,900 beds as well as 371 critical care beds.

The province believes it will not reach levels of infection seen in China and Italy due to restrictive measures around travel, large gatherings and physical distancing introduced between March 12 and 16.

Without those measures, officials believe B.C. would have seen a 24 per cent daily increase in cases — or 215 new cases per million people, every day.

The report said B.C. has only seen a 12 per cent daily increase since physical distancing began, or about 130 new cases per million people.

It means B.C.’s growth rate, in terms of new cases, is tracking lower than northern Italy and the Hubei province.

The drop is enough reason for cautious optimism that B.C.’s case numbers are beginning to level off, but officials cautioned the province could still see a spike in cases if an outbreak were to happen somewhere like a remote community or another vulnerable care home.

Provincial health officer Dr. Bonnie has also warned the 14-day incubation period is not over for people who were infected with the novel coronavirus before the restrictions began, so it will be at least another week before we see the full effects of physical distancing.