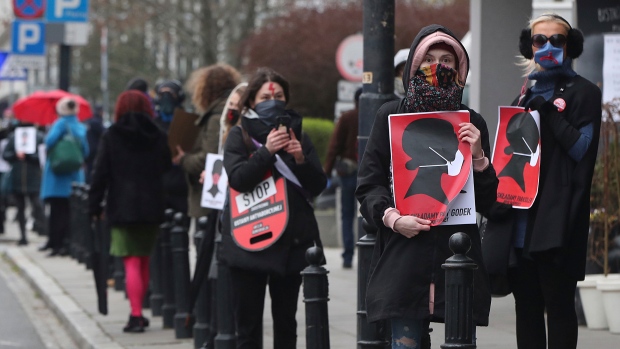 WARSAW, POLAND — Poland’s top court has ruled that a law allowing abortion of fetuses with congenital defects is unconstitutional.

The decision by the country’s constitutional Court on Thursday effectively bans terminating pregnancies in cases where birth defects are found and will further limit access to abortions in Poland. The predominantly Catholic nation already has one of the strictest abortion laws in Europe.

Two judges in the 13-member court did not back the majority ruling.

The ruling came in response to a motion from right-wing lawmakers who argued that terminating a pregnancy due to fetal defects – — the most common reason cited for legal abortions in Poland – violates a constitutional provision that calls for protecting the life of every individual.

The challenged law was introduced in 1993 as a hard-won compromise that also allows abortions when a pregnancy endangers a woman’s health or life, or results from rape or other illegal act. Even before Thursday’s ruling, many Polish women have sought abortions abroad.

In justifying its decision, the court said there can be no protection of the dignity of an individual without the protection of life. The verdict was announced by the court’s president, Julia Przylebska, a loyalist of the right-wing government.

Police guarded the court’s building as groups of pro-abortion rights and anti-abortion activists gathered outside as the verdict was announced.

In response to the decision, Council of Europe Commissioner for Human Rights Dunja Mijatovic wrote on Twitter that it was a “sad day for women’s rights.”

“Removing the basis for almost all legal abortions in .Poland amounts to a ban & violates #HumanRights,” she tweeted. “Today’s ruling of the constitutional Court means underground/abroad abortions for those who can afford & even greater ordeal for all others. A sad day for #WomensRights.”

Polish lawmakers considered legislation earlier this year that would have imposed a near-total ban on abortion by outlawing the procedure in cases of fetal abnormalities, even when a fetus has no chance of survival. They ended up postponing a final vote on the proposal brought by a Catholic group. Similar efforts also were mothballed in the past following mass protests. 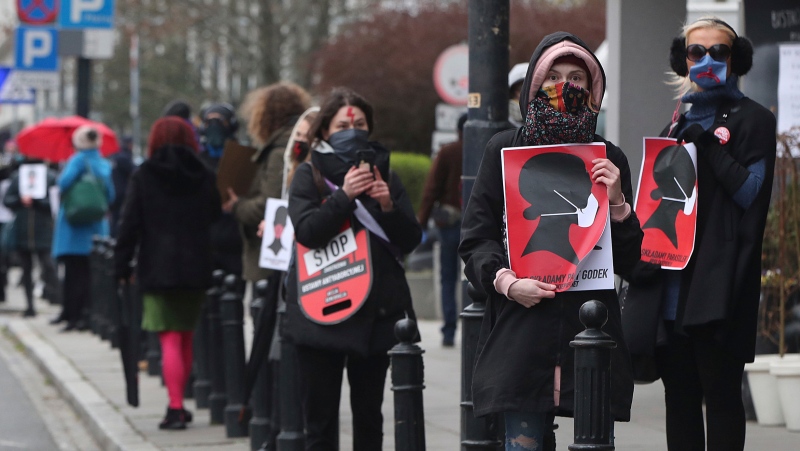