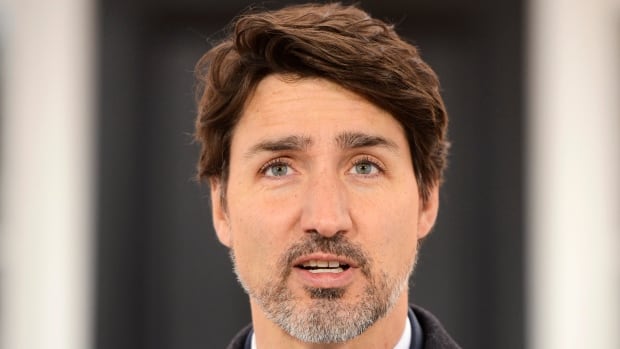 Prime Minister Justin Trudeau held a virtual meeting with Canada’s premiers this evening about the pressing need for critical medical supplies in the face of an expected surge in COVID-19 cases and a global battle to secure life-saving equipment.

The call with provincial and territorial leaders took place as public health agencies across Canada scramble to prepare for a sharp rise in infected patients as they face shortages of ventilators, masks and personal protective equipment (PPE).

Alberta’s Conservative premier, Jason Kenney, said everyone was focused on the same goal.

“Impressed by how [Canada] is coming together to fight this invisible enemy,” he said on Twitter after the meeting. “I’m also moved by strong solidarity for Alberta’s double whammy: the COVID recession [and] the energy price crash.”

A Liberal source speaking on background told CBC News that some premiers offered to forgo their expected deliveries of personal protective equipment (PPE) in order to divert the supplies to provinces with a greater need. Premiers and the prime minister were also agreed that there is no need to enact the federal Emergencies Act.

Trudeau said this morning that all levels of government have co-operated on a response to the “unprecedented challenge.”

“Going forward, that collaboration will become even more important,” he said during the daily news conference outside his residence at Rideau Cottage.

“We will be there to support the provinces and territories with whatever they need. That includes sending personal protective equipment and other supports for the health care system.”

Prime Minister Justin Trudeau says the government is working with provinces to gather the best possible data and that more analysis or modelling on how the pandemic might unfold in Canada will be coming soon.  1:46

They are being inspected and validated before they’re distributed. Trudeau applauded the Canadian companies that are stepping up to refocus production on critical supplies, pointing to sports equipment manufacturer Bauer, which is turning its operation over to making face shields for health workers.

She said she’s encouraged by the level of collaboration to date.

“We need to see Canada pulling together — provinces and territories obviously preparing for their own particular scenarios, and their own particular surges, but also to be understanding that if product is needed across the country in an area where there is a surge, that they will be there to help their fellow Canadians,” she said.

“And we have seen every indication that that’s what’s happening.”

Hajdu said the allocation formula is based on population and need, with some supplies held back to maintain the ability to rapidly redeploy resources to any areas that see caseload surges.

Hajdu said she’s aware of reports of bidding wars and people scooping up orders as the global competition for scarce pandemic resources escalates.

“Certainly I’ve heard those stories as well, and that’s why we’re encouraging provinces and territories to work as closely with us to do bulk procuring at the federal level,” she said.

“It does give us bigger clout when Canada, Team Canada, is buying things and Canada, the full weight of Canada, is behind those orders and those logistics that go into actually getting product from many countries, but particularly China.”

The assurances come as front-line workers are sounding the alarm about the state of supplies.

The Canadian Medical Association (CMA) issued a statement today, warning that many of its members are reporting a “much starker picture” about access to protective gear across the county.

Through a questionnaire completed by thousands of physicians, it found that many doctors think they will run out of respirators, face shields and goggles within days – and some reported they had run out already.

Many doctors also told the CMA that they had been asked to ration supplies.

“While we appreciate that governments across the country are working to make this a priority, what’s emerging here speaks to a state of crisis,” said CMA president Dr. Sandy Buchman.

“Asking health care workers to be on the front lines of this pandemic without the proper equipment is irresponsible, and shortages must be addressed immediately. People’s lives are on the line here.”

In Ontario, Premier Doug Ford announced a $50-million fund Wednesday to help businesses retool their operations to produce medical equipment and personal protective gear for front-line workers. He described the process as “a race against time.”

Political leaders and public health officials have been ramping up their messaging to convince Canadians to stay home, self-isolate if they’ve been at risk of exposure, and practise physical distancing when out in public for essential purposes.

Trudeau said he understands Canadians crave information about the anticipated rate of infection and number of deaths, and how long it will be before their lives return to normal.

Data, modelling and analysis will be on the agenda for today’s teleconference with premiers. Trudeau said he looks forward to “being able to share more information soon.”

The PM said people can imagine a range of scenarios, from one where everyone gets “suddenly better” within the next few weeks to a situation that becomes as dire as those seen in some other countries. Coming up with that range is not as useful or important as getting clear numbers on what Canada is likely to face, he said.

“We’ve been working with the provinces on ensuring that we have the best possible data,” he said.

“We’ve seen over the past days there’s been a lot of clearing of the backlog in testing in a number of different places. That is giving us more accurate images on how COVID-19 is spreading, on where it’s spreading, on how it’s being transmitted and how the measures that we’re bringing into place are working.”

He said he understands that Canadians want more analysis or modelling on how the pandemic might unfold in Canada so they can plan and prepare. He said more information on that will be coming “soon” but added that governments have been transparent in providing raw data.

Trudeau said much of the modelling will depend on how well Canadians follow public health officials’ advice on staying home, self-isolating and maintaining physical distancing.

Watch: Trudeau asked how Canadians will get home from cruise ships off Florida:

“Those analyses depend directly on Canadians’ behaviours,” he said.

“What the experts are telling us is that we must do everything we can today and tomorrow to set us on the right path for next week and next month.”

Trudeau said following those guidelines will save lives, protect front-line health workers and limit the burden on hospitals, and said too many people are still not following the advice.

The goal is to slow the spread of the novel coronavirus in order to ease the burden on health care systems and equipment.

On Wednesday, Chief Public Health Officer Dr. Theresa Tam said scenario planning is being done, but the immediate focus of attention is on “getting this first wave under control.”

“Let’s just say, just to add, that any planning scenario has us potentially overwhelming our health care system,” she said.

“As I’ve said, part of the exercise is so that we free up some of the hospital resources and ICUs, purchasing extra ventilators. But the really difficult message to Canadians is that on a whole range of scenarios, this health system isn’t well designed to cope with it if we don’t do something about it now.”

As the government works with the provinces and territories on the health services front, it is also pushing out a massive emergency aid package to cope with the financial fallout of COVID-19.

On Thursday, Finance Minister Bill Morneau announced details of a $71 billion wage subsidy program, which will cover 75 per cent of wages for all non-publicly funded businesses, charities and non-profits to keep people on the payroll.

The opposition Conservatives and business groups have said the anticipated delivery time frame of up to six weeks is too long and could mean more layoffs and business closures.

Morneau will be taking questions on that program from MPs on the finance committee at 2 p.m. ET. The committee will be meeting via teleconference.

Watch: Trudeau asked about his health during news conference:

The government has also announced a $24 billion income support program, which will give Canadians who are out of work due to the pandemic about $2,000 a month. That program is set to open for applications on April 6, and will be managed by the Canada Revenue Agency.

Trudeau said Thursday he will recall Parliament to pass new legislation for the expanded benefits.

Speaking on CBC Radio’s The Current Thursday, Conservative Leader Andrew Scheer said that has become necessary because the government botched its initial draft. He said all politicians want to work together in the best interests of Canadians, but said it is the role of the opposition to scrutinize spending and hold the government to account — at all times.

“I do think it’s appropriate to say that, when you’ve got a policy announcement like supporting workers, that the government figures it all out before they go out and announce it, and that they do that quickly,” he told host Matt Galloway.