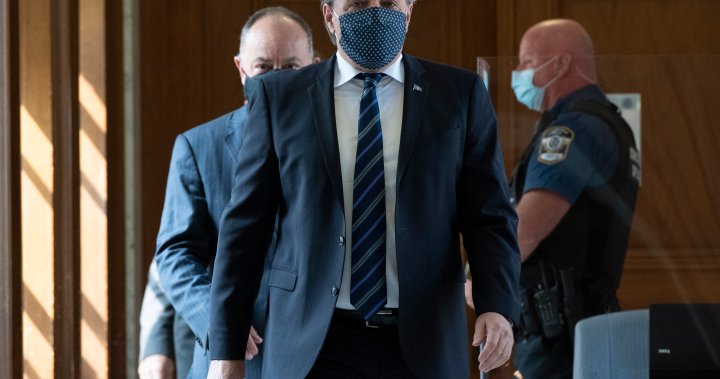 As a result, Legault is asking citizens to limit their private gatherings as much as possible to stem the tide of COVID-19.

Legault said he is worried for children and that the province cannot close schools, where 283 infections have been reported to date. The uptick in cases could also overwhelm hospitals, he added.

The government will also tighten controls if the alert level for Montreal and other regions is raised to orange, which calls for stricter measures. This includes lowering the maximum number of people in private gatherings from 10 to six.

But the province isn’t at that point yet, according to Dubé.

“We can still control it. We’re able to control it but it requires individual effort,” he said.

Dr. Horacio Arruda, the director of Quebec public health, said he is concerned by the recent rise in cases and people need to be more vigilant.

“Whether we like it or not, it’s a question of life or death,” he said.

Five additional deaths were reported from the previous day, though authorities say only one death occurred in the past 24 hours. The province’s death toll attributable to the virus stands at 5,785.